As Vladimir Putin puts Russia's nuclear weapons system on high alert and his military invasion of Ukraine continues, countries around the world are imposing economic sanctions against Russia. Today the Russian ruble plunged 30% against the dollar, while supply chains appear to be in line for significant disruption and cost increases. Here is a comprehensive summary of the recent developments. 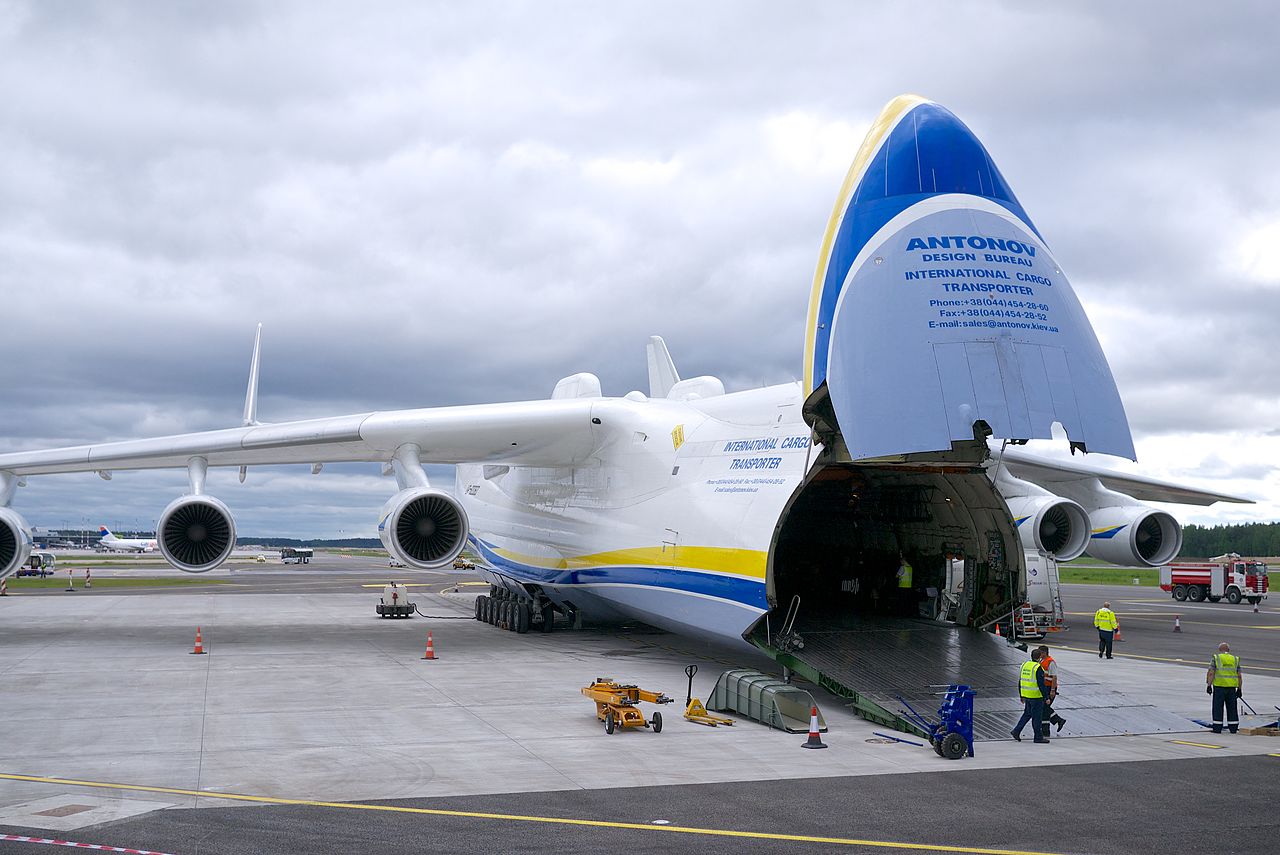 The war in Ukraine is expected to have a domino effect on various supply chains as global companies close factories during the Russian invasion; maritime transportation through the Black Sea and the Bosphorus has been interrupted, road freight transportation to and from via Ukraine has halted and air freight has been affected too.

One of the first and most obvious effects of the invasion and the sanctions has been the Russian ruble collapsing against the US dollar. This morning, Russia’s currency hit 119 to the dollar, a 42% change from Friday’s close of 83.

Shipping to and from Ukraine suspended

Earlier last week, Maersk announced a full suspension of bookings to or from Ukraine, and according to the latest update published yesterday, the Danish shipping giant is moving cargo to and from Ukraine to ports with less yard density that still possess the required reefer plugs to retain perishable commodities.

Maersk says it is “strongly encouraging all customers with cargo destined to or originating from Ukraine to discuss the possibilities with us in the interest of keeping operations as smooth as possible”.

Hapag-Lloyd, CMA CGM and MSC are also avoiding Ukrainian ports. According to the German daily Handelsblatt, most container ships are now diverted to the Romanian port of Constanta, Tripoli or Piraeus.

With many ports operating already crowded, the first container jams have already been reported in Greece.

The railway line between Ukraine and Russia has been completely destroyed, reports Railfreight.

Ukrainian Railways said on Saturday 26 February that it had terminated all relations and interaction with JSC Russian Railways.

The state rail service announced that all railway tracks from Russia to Ukraine have been blown up by Ukraine’s armed forces.

As the New Silk Road coming to Europe via China’s East coast runs through Russia and Ukraine, it is seemingly the end of container transport via that route for a while.

Train connections from the EU to Ukraine and back are theoretically possible to run, but due to war, it is uncertain and thus a risky choice.

As for the northern route from China to Germany via Belarus, there are conflicting reports.  Handelsblatt quotes a Deutsche Bahn spokesperson saying  “Trains are still running there,” but others report interruptions.

Road freight – most borders are closed for outward traffic

As of today, all Ukrainian checkpoints on the border with Russia, Belarus and the the Transnistrian segment of the Ukrainian-Moldovan border are closed, Ukraine’s border guard has announced.

As hauliers are advised not to travel to Ukraine by local governments via Europe, road freight transport into the country basically halted on Friday.

The sanctions nonetheless represent something of a double-edged sword. Food prices will surge not just in Russia, but in Europe as well. As Insider’s George Glover reports, Ukraine and Russia together account for nearly a third of the world’s wheat market. And, as Reuters reports, Russia and Ukraine also make up about 19% of world corn supply, and a whopping 80% of sunflower oil exports.

Politico writes that countries such as Yemen, Libya, Lebanon, Sri Lanka and Sudan are heavily reliant on Ukrainian grain, and adds that even a short-term delay in supply may have drastic consequences. The US publication also suggests that Russia could take advantage of the situation by exerting political leverage over countries in desperate need of grain supply.

There also concerns in India about a reduction in the supply of sunflower oil. According reports in the country, leading edible oil makers in India say over 70% of India’s crude edible oil demand is met through imports. For sunflower oil, the share is even higher.

According to Bloomberg, an anonymous shipbroker has said that Shipowners are offering at least double the last transacted rate to carry so-called ESPO crude from Kozmino, which loads oil from Russia’s Far East, to ports in China.

The business news website adds that the sanctions on Russia will see more oil purchased from the USA, Saudi Arabia and Iraq.

As reported by Hellenic Shipping News, the likes of IKEA and Wallmart are due to negotiate year-long freight rate agreements.

The sea freight news website writes that the rates will be agreed on at the TPM conference in Long Beach next week. It notes that the average price for the transport of a 40-foot container from China to the USA’s West Coast is likely to be in the region of $7,000 and $8,000. This is said to be a record high for such an annual agreement, and is more than the 2020 average of around $5,500.

The world’s largest cargo aircraft, the An-225 Mriya, has been destroyed during a Russian attack, according to Ukraine’s minister of foreign affairs, Dmytro Kuleba.

Much has been said about the problems Europe’s economies will face due to sanctions on Russia making it difficult to source energy, grain and many raw materials used in manufacturing processes.

It claims that the price shock caused by the ruble’s devaluation, as well as supply chain issues, could see some factories in the country ground to a halt.

“It’s going to ripple through their economy really fast. Anything that is imported is going to see the local cost in currency surge. The only way to stop it will be heavy subsidization.”