Hungarian logistics giant Waberer's International has announced the acquisition of Gyarmati Trans Kft, which operates 85 refrigerated lorries on both domestic and international routes. 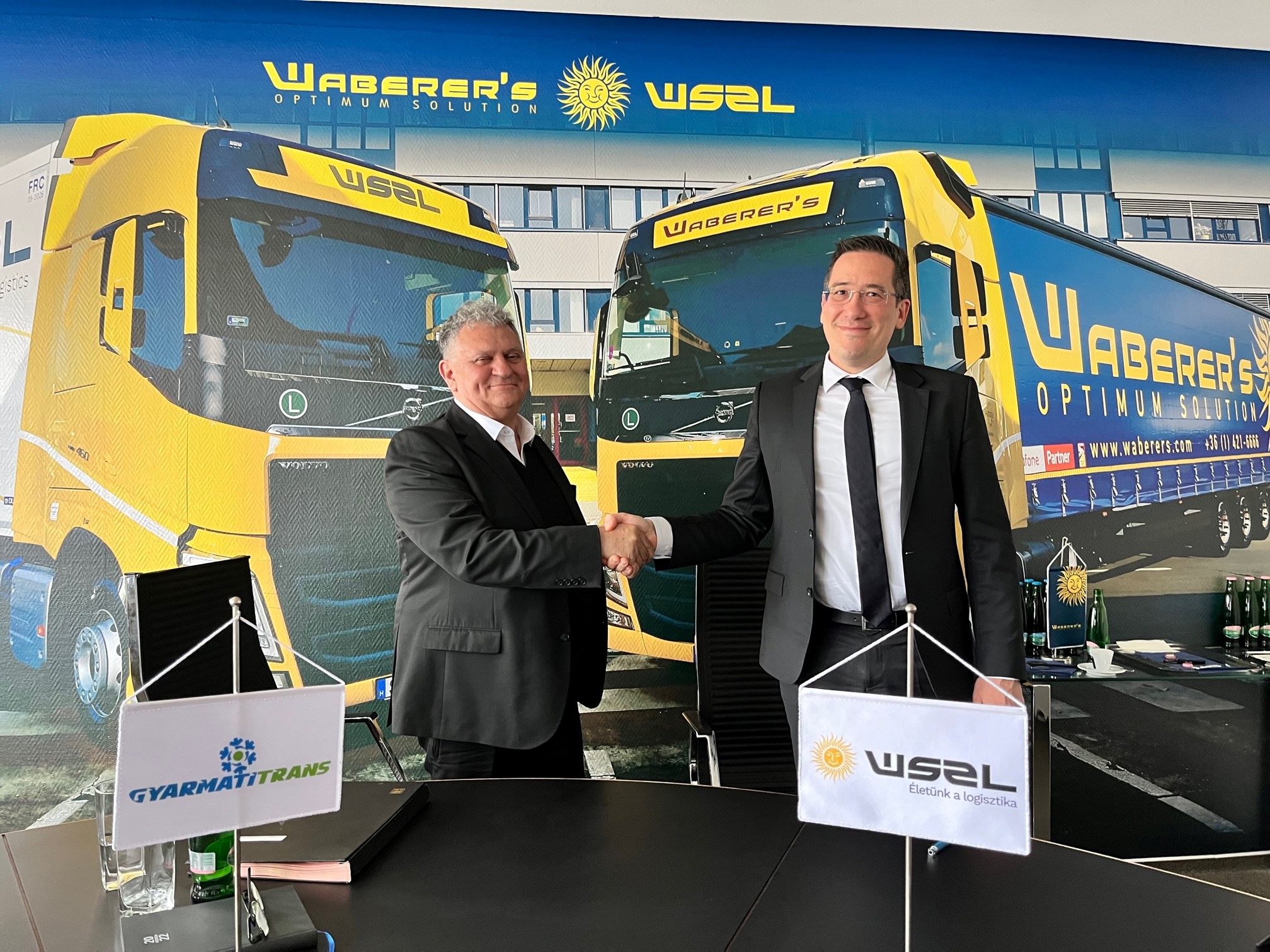 In the photo: Dezső Gyarmati, one of the founders of Gyarmati Trans (left), and Zsolt Barna, CEO of Waberer's (right). Photo credits @ Waberer's International

According to the company’s announcement, the operation to be taken over will focus on refrigerated warehousing and transportation activities in Eastern Hungary, serving food industry companies primarily in the meat sector.

Taking over the customer base of Gyarmati Trans Kft. will generate over HUF 1 billion (approx 2.6 million euros) annual revenue for the regional contract logistics segment of the Waberer’s Group.

The transaction is expected to close in the early third quarter of 2022, once the standard examination process of the Hungarian Office of Economic Competition is finished.

The family-owned distribution company Gyarmati Trans, which has been operating for almost 37 years, has a fleet of 85 refrigerated vehicles and more than 100 employees. The company’s founder and CEO, Dezső Gyarmati, will be “personally involved in the merger process” for another three years, says Waberer’s official statement about the acquisition.

At Waberer’s, developments seem to have accelerated recently; at the end of March, the logistics company admitted that it had been recruiting drivers in India, and the first group of truckers were due to arrived in Hungary this month. The company is hiring a total of 79 drivers, 3 fleet operators and 1 HR executive this year.

A couple of weeks ago, the company also announced a share issue worth €111 million to build warehouses, finance regional acquisitions and fleet replacement, as well as refinance existing loans.