In response to various rumours circulating on social media, family-run English haulier Whites Transport Services has issued a statement concerning the future of the company. The statement, written by founder Ray White, confirms that the company will trim down its operations and resign from European transports at the end of next month. It was also announced that the haulier's current transport manager, Pete White, does not plan to carry on with the business. However, it is said that Pete will continue running the company's Facebook Page and “still be involved with transport". 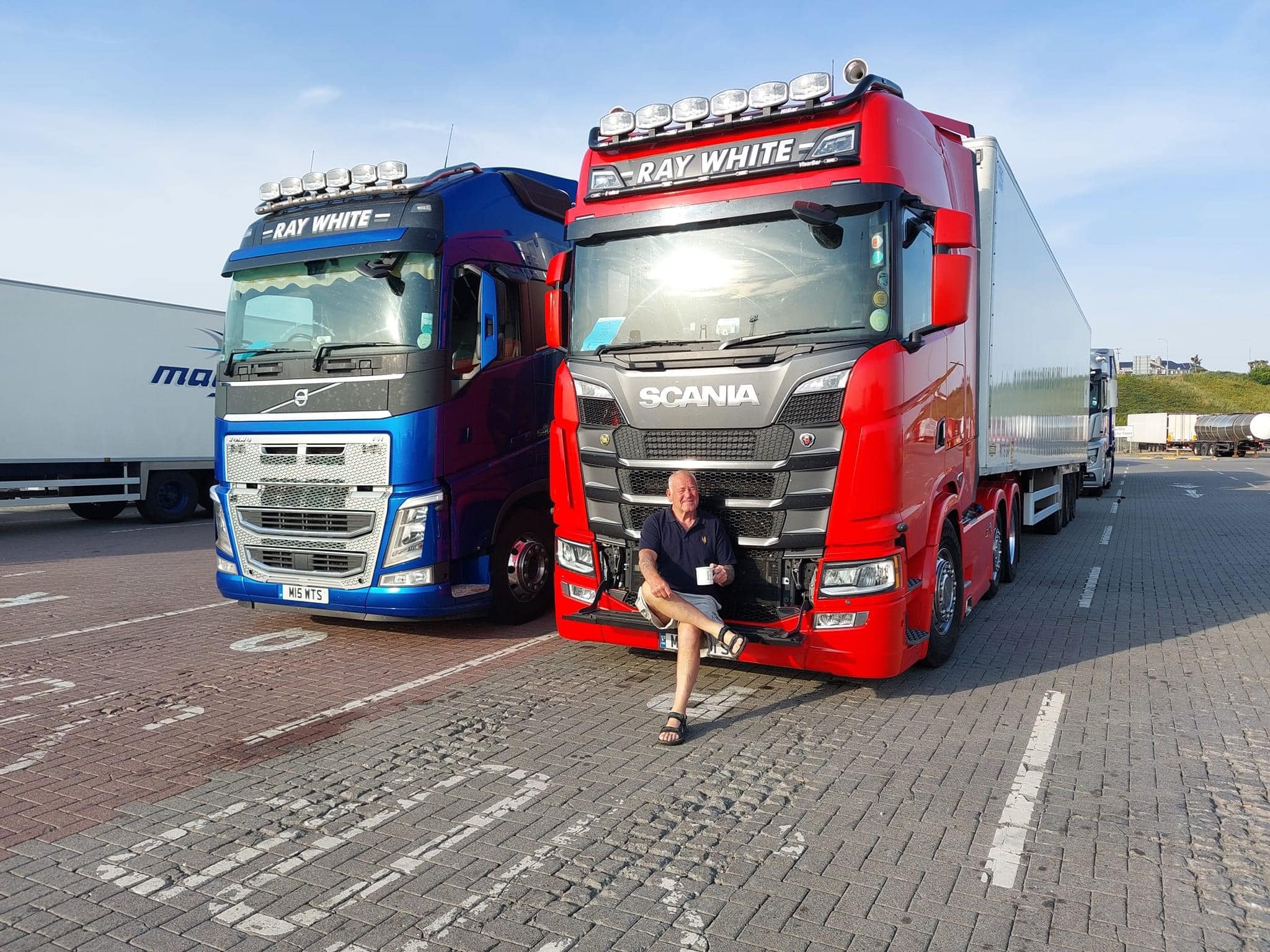 The company, which specialises in the transport of hanging meat and other fresh/frozen food produce, was founded back in 1992. Ray White, the haulage firm’s founder, turned 70 this year and said that although he is still happiest behind the wheel, “at some point, you must slow down”.

“This isn’t because I’m skint or I have health problems as some gossiping drivers who don’t even know me are telling everyone. It’s simply because I feel it’s time. The amount of time & effort that goes into planning European work is crazy, it’s not a 9-5 job, it’s a 24/7 365 job,” said Ray White.

The result of this is that the company will no longer conduct European transports after September 30th of this year. The haulier shall nonetheless continue operations, “keeping a few trucks on UK work with set daily runs”.

Ray White also stated that Brexit had not had any bearing on the decision to resign from European work. He admitted that Brexit had made things more difficult, but also brought his company more business (something that was touched on during this Trans.INFO interview from last year).

The trimming down of operations means the family-run haulier is in the process of selling 50 pieces of equipment with trucks and trailers. Anyone interested in purchasing the equipment has been invited to get in contact with transport manager Pete White.

As for Pete White and his future, Ray had the following to say in his statement:

“Pete doesn’t want to carry on with the business, he has his own plans, I’m sure he will keep you all updated with this going forward but planning 20 trucks 7 days a week for 20 years has taken it out of him. Pete will be keeping the Facebook page going and will still be involved with transport.”

Ray’s emotional statement offered an overview of his long career in the trucking industry, in which he paid tribute to his family and colleagues who have kept the business going for decades.

The haulage boss also talked about how he believes the golden era of international trucking was in the 1980s and 1990s:

“The standard of driving and the attitude of drivers isn’t what it used to be. The 80’s + 90’s was the best era of international driving and those lucky enough to have done it during that time like me would have had a great time.”

The trucking veteran then concluded his statement with this thank you message:

“I would like to thank anyone else who has helped me along the way, it’s been a fantastic journey, many amazing times, a few very dark times but we solved every problem we had the best we could, we always thought about the drivers as assets to the company, always stuck up for them even when they punched people in the throat.”

Whites Transport Services is of course known for its large and enthusiastic group of followers on Facebook, which is now over 80,000 strong. In the comments section below Ray’s statement, plenty of truckers took the time to pay tribute to the haulage firm.

Here are just a few of the reactions from drivers:

“It was genuinely a pleasure/privilege to have done a few runs for you in the past especially the Italy runs. I know a lot of people would jump at the chance. You’re a great company to work for and a totally genuine bunch of guys. Really really sad to hear this we’re all going to miss your endeavours. I wish you all the best for the future.”

“An icon of International transport, in the words of the song “We Did It Whites Way”. I have been involved in Logistics for many years and never got tired of reading Whites’ daily exploits and achievements. Enjoy your down time and whatever the future brings, I am sure that it will be equally successful as your previous history. Don’t forget to write the book.”

“Respect to you, and enjoy your slowing down time it’s been well earned by the sound of it. Have always admired people who can start and run a business, the amount of grit and determination it takes is admirable. Congratulations on your success and a cheers to your future.”

“This is what trucking companies should be like. Show appreciation and have drivers backs. Not enough like this these days unfortunately, but if it’s time then it’s time. I do hope you keep this page running within the company/family. Good luck with retirement Ray, and good luck to Dan and Pete on what they decide to do!”

Some of you may have heard some rumours flying around about Whites Transport, here is…