Who is to blame for the driver shortage across Europe?

The road freight transport industry has been going through a very bumpy road most recently, as the pandemic accelerated and created processes, as well as circumstances, that have negatively influenced operators throughout Europe. While some issues, such as the ever-rising diesel prices and the shortage of new vehicles, including trailers, surfaced most recently, the most pressing problem that carriers have faced for quite some time now is the driver shortage in the continent. 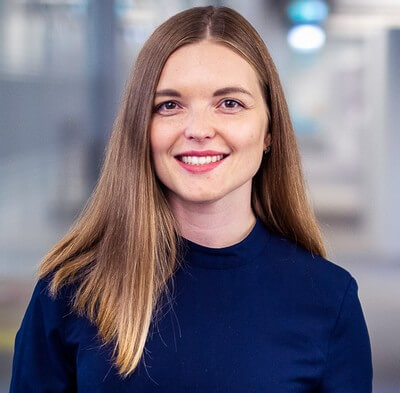 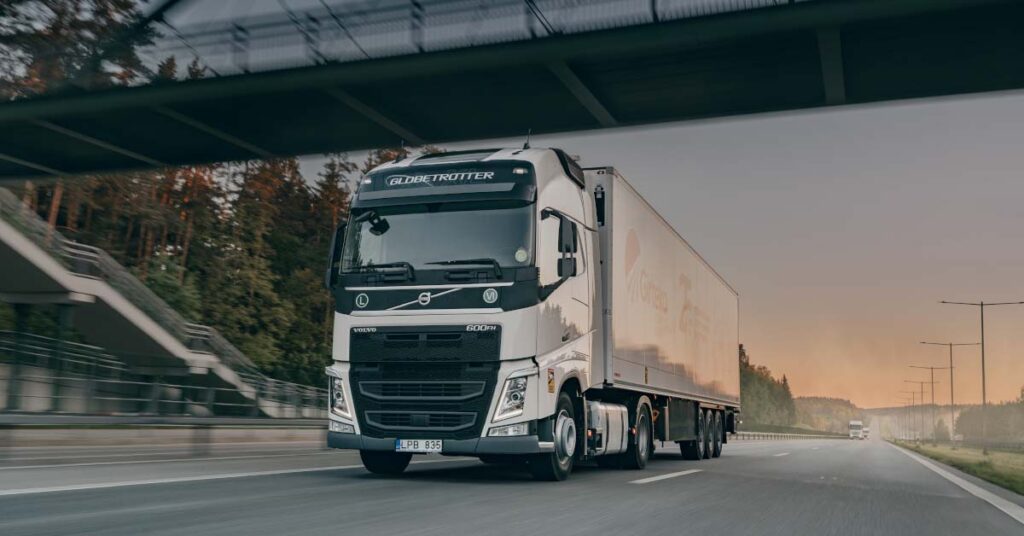 The COVID-19-related step back in the activity, however, did not help the issue by allowing, per se, drivers to take a longer break and stay home for a longer period of time. The stoppage was relatively short and as goods needed to be delivered throughout the most intense periods of lockdowns in the first half of 2020, drivers were back on the road in no time. At the same time, the pandemic became the catalyst for drivers to retire earlier than the respective retirement age in their countries of origin (or residence), making the crisis even worse.

As a result of many older drivers retiring, European carriers had to scramble to find replacements in order to keep the supply chains flowing across the continent. A natural answer to the issue, as seen in such sports, for example, basketball or football, would be to replace the outgoing personnel with younger and eager to prove themselves in the field. That is much easier said than done in road transport.

According to the International Road Transport Union (IRU) research and data, the “percentage of truck drivers under 25 fell nearly everywhere in 2020, from already low levels down to 5% in Europe and Russia, 6% in Mexico and 7% in Turkey.” The union further pointed out that the average age of truck drivers globally is around 50, and as it continues to rise annually, “this demographic time bomb will only get worse without action to reduce minimum driver age.” Many parties, whether directly or indirectly involved in road transport, have rung alarm bells about the issue that many younger people are rather reluctant in joining the profession, choosing either the path of education or pursuing other career interests in other fields in trade schools (vocational schools).

The IRU, for example, pointed out that one of the potential solutions could be to reduce the minimum driving age of a full-sized truck to 18, rather than 21, as seen in several European countries.

“However, the minimum age for professional drivers is 21 or higher in many places, creating a large gap between leaving school and taking the wheel. Governments should set the minimum age for trained drivers at 18, with training starting from 17, in order to unlock the full potential of the profession as a global job engine,” commented the union in their survey report.

Yet the driver shortage is not one question and one answer problem, as lowering the entry age into the profession alone would not resolve it.

Another factor is the lack of proper infrastructure in Europe, as drivers’ resting, and parking facilities might not include the basic amenities that would allow drivers to feel comfortable throughout their resting periods. While safety is absolutely crucial, having access to properly maintained and cleaned bathroom facilities, as well as such additional equipment as laundry machinery is also a must for those who leave for working trips for several weeks at a time. While the latest Mobility Package changes that are coming in February 2022 will look to address that, as per the new regulations set out by the European Commission (EC) drivers will be prohibited from taking their weekly rests in their truck cabins, there is concern that there are not enough resting places to facilitate that change.

Several transport ministers from EU countries signed a publicly issued letter that addressed many of the questions regarding the added regulations, including the weekly rest period.

“Furthermore, the ban on taking a regular rest in the cabin of a vehicle is also problematic, taking into account the COVID-19 requirements to keep social distance, as well as lack of adequate accommodation places and safe parking facilities in the EU, which was also confirmed in the EC’s assessment.”

One of the consequences of the new weekly rest mandate, which is perhaps underlooked, is that potentially, there will be a rise in cargo theft across parking sites in Europe. According to research by SNAP, a company that provides cashless payments at truck parking sites in Europe, 87% of the surveyed drivers believed that the number of thefts will rise, as they will have to leave their trucks at parking facilities located far away from potential resting places. “Cargo crime does not only create financial and logistical challenges at a management level, but it puts yet more pressure onto individual drivers, their mental health and wellbeing,” commented on the research a whitepaper by Transport Intelligence.

Such problems do not help the already questionable image of the profession, especially among young people, of whom there is a major lack of in the road transport industry. Improving the image of the profession is also one of the ways to attract new talent to drive trucks across Europe. Still, carriers have to consider how to keep their current drivers behind the wheel of their trucks, as not only some of them could be eager to leave the industry altogether but starting their own companies with a single truck is an option that is always on the table.

Looking at the big picture of the profession of a truck driver, one thing is clear that the driver’s life is intertwined with the road. A driver’s family and friends are left behind at home, while they are away on the road, limiting the contact they can have with their closest relatives. While new technologies, namely the development of mobile phones, have helped the situation, there is no denying that there is a limited amount of social contact while on the road.

The pandemic somewhat provided a glimpse into the life of a truck driver, as many office workers, including transport managers, moved to work from home. The amount of social contact had to be cut across the board, as the risk of spreading the virus has continued to adjust the way the world has organized work in and outside of offices, warehouses, and factories. From the management’s perspective, it provided a challenge of keeping one’s employees organized and still united with their team members.

“COVID-19 had a definitive impact on the way that we work,” commented Sigitas Meilūnas, the Chief Operating Officer (COO) at Girteka Fleet. “We realized that a team is not made up of individuals sitting in a single office. Creating connection via simple human communication is very important today, especially as a younger generation enters the workforce both as managers and drivers, and we have to adjust accordingly to meet their needs,” continued the COO.

Meilūnas pointed out that creating a power duo of a driver and a transport manager has helped the company create a much healthier working environment for everyone involved as human factors have been heavily emphasized for the past months. “If you would ask any of our transport managers what has been the biggest change recently, apart from the pandemic-related challenges, is that we have actively looked to instill the view that we can only achieve greatness as a team, a team that includes both our drivers and managers, ”said Meilūnas. The executive pointed out that now after the pandemic lockdowns and working from home, managers during the communication with drivers started not only ask about work-related procedures, such as whether unloading or loading was successful but also whether a driver feels okay mentally, what has he seen today, how well he is eating & etc, „marking, in my opinion, a monumental change in the way that we organize our road transport processes.”

“Will this lead to more professionals joining the field as drivers? Perhaps not. But creating that human connection will definitely help keeping our drivers happy and wanting to continue working at Girteka Fleet,” concluded Meilūnas. After all, as there is a dwindling number of drivers in the industry, keeping them working at your company is also a priority for many, if not all, road transport solution providers.

As companies continue to grow, their needs for additional drivers also follow suit. If a company has managed to foster an atmosphere where current employees are enjoying their time there and are more likely to recommend the workplace as a potential next destination for someone’s career, those growth plans are not, or at least less likely to be, hindered by the driver shortage in Europe.

“Most of our newly recruited drivers come following recommendations from our current colleagues,” commented on Girteka Fleet’s ability to recruit new drivers the COO of the company. “I think it would be fair to say that the work of a driver is relatively similar across numerous companies in Europe, so we have to make sure we offer something on top in order to attract talent to work here.”

The company has emphasized and continuously worked to improve its Driver’s Academy, where drivers are constantly updated on the newest trends, practises, as well as the newest procedures related to their daily work. Another strong advantage that Girteka Fleet has over many of the European firms is its fleet of trucks, as 89% of the carrier’s trucks are fewer than two year’s old, while 53% of the company’s vehicles were built in 2021. The fleet is continuously renewed, as the road transport provider aims to ensure the safest, most comfortable, and the most efficient vehicles to its drivers. Girteka Fleet also has additional motivational systems in place, such as the Eco League competition where the best-performing drivers are rewarded financially, as well as other benefits.

“Attracting talent was not easy before the pandemic and it is even worse now, as many drivers chose to leave the profession. We have to realize that we cannot only offer a basic job and a wage in order to not have issues recruiting drivers and we have to make that extra step of our current and potential colleagues,” said Meilūnas. The company, on average, hired more than 100 drivers per month to drive Girteka Fleet trucks throughout 2021.

The COO was confident that the Driver’s Academy was a major factor behind that statistic. “The Academy ensures that our drivers have access to the latest information concerning their daily activities, including safe driving in regular and in winter conditions, access to driving simulators, and lastly, ECO driving. It all comes back to the fact that drivers have to feel that they are part of our team, a team that strives for continuous improvement to deliver the best service that they can,” concluded Meilūnas.