Without the automation of registration processes, shipping goods to England could be so costly that it might no longer be worth it, states a study written by a project manager at Waberer's, who has been dealing with Brexit 2020. 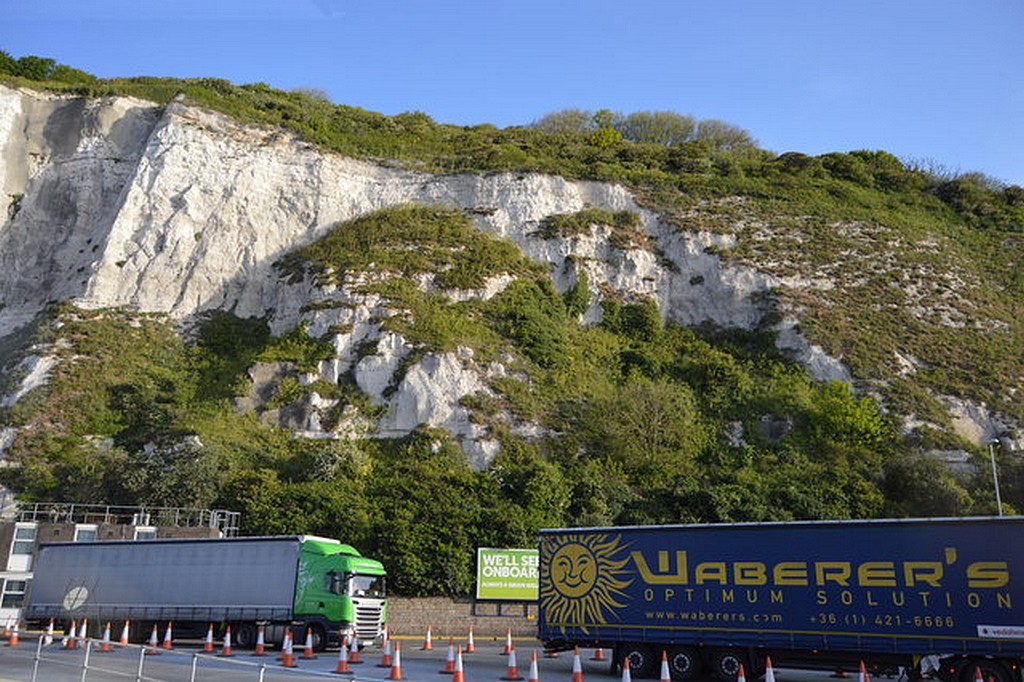 Réka Kocsis, author of the study “Comparison of English and French Brexit solutions and effective carrier responses”, has been dealing with the administrative tasks made by Brexit at Waberer’s since 2020.

She has an exceptionally broad view of what has happened to HGVs crossing the UK-France border over the last two years. One of the most important findings of the study is that without the automation of registration processes, the administration of road freight from the EU to the UK would become so costly for hauliers that it would no longer make transport to England profitable.

The English market accounted for 30% of Waberer’s portfolio even before Brexit (which corresponds to around 300 transports per week), so it was beyond question that the company was thoroughly preparing for the change.

However, this was made difficult by the fact that almost until the very last moment of Britain’s exit, it was doubtful whether any agreement would be reached between the EU and the UK. The “deal” was finally agreed and made public on the first day of Christmas in 2020.

“The United Kingdom left the Customs Union in an organised way on paper, yet neither party was prepared for the practical needs and consequences of this agreement,” writes Kocsis in her study.

Although Brexit was initiated by the United Kingdom, from the point of view of transport, France was better prepared for the change, the study reads.

“The French developed and introduced an electronic and automatic border crossing system, SI Brexit, in time. Despite the fact that the information was mainly published in French and mostly sent to French companies, alert freight companies were able to learn in time that, regarding border crossings, there was no extra task for them on the French side.”

Kocsis emphasizes that the submission of the French safety and security declaration was the most important novelty in the changes. Export customs documents were included in the customs clearance procedure, however, “in the case of import customs clearance, there was little information about the fact that this could mostly only be submitted through French companies and that the cost of this was not borne by the senders, but only by the freight companies”, writes Kocsis.

On the British side, processes related to border crossings were repeatedly postponed, the information provided to hauliers was too general, and moreover, there were few staff at the customs office in Ashford, the study states. Things were also complicated by the fact that the customs office in Dover was not ready in time (and is still not ready), even though most of the road freight traffic between the UK and the EU passes through there.

The study also does not hide the fact that in the event of a problem, drivers did not receive adequate information about what exactly was wrong with their papers. This, of course, slowed down the crossing of trucks once again.

This year, the online registration system, GVMS, was introduced in the UK, which has its own weaknesses too according to the study. Firstly, the launch of the site was postponed several times. When the platform became available, it was only a test version for the first time – with all its bugs and glitches. Even when the final version was in use, there were several downtimes in the system that lasted for days. Secondly, the system required information that no one had previously requested from hauliers, especially not in electronic form, Kocsis points out.

“While the French border-crossing system did not entail any additional administrative burden for road haulage companies, the English tried to burden them with everything,” the study reads.

After these “challenges” with registrations, the biggest task for Waberer’s was mapping and mastering the processes involved in customs clearance.

“Our goal was to solve the registration obligations expected of the transport companies with a modern automated solution in such a way that it would be the least burdensome for both the drivers and their operating colleagues. The IT part of the team constantly adapted to the changes and created a digital solution which performs the necessary registrations instead of their colleagues, and automatically sends the necessary reference numbers to the drivers. During manual recording, time and cost factors would have to be added to the process, which would no longer make the transport of goods in England favorable,” the study reveals.

However, the story does not end here, as the introduction of export-import processes related to Brexit has not yet been fully completed, not to mention the future obligation to submit safety and security declarations.