CEO fears there may be a shortage of carriers. Will there be problems supplying shops in Europe? 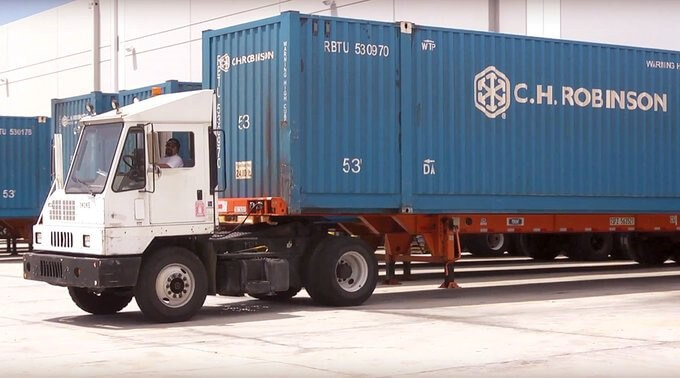 The shortage of transport capacity in Europe may continue for another year, estimates Jeroen Eijsink, President at CH Robinson Europe BV, in an interview with the Dutch Nieuwsblad Transport. The global operator is also moving away from relying on external carriers and is building its own fleet.

Eijsink stresses that there is a lack of transport capacity in the market. What this means for CH Robinson is that the company must fight not only for customers but also for carriers. The President of the company’s European division recalls that after Brexit, a lot of capacity disappeared in the UK, which resulted, among other things, in supply problems for supermarkets.

He fears that a similar situation could happen again in continental Europe.

“There (in the UK – editor’s note) companies have problems supplying supermarkets because there are simply no trucks. We will experience this here too. This depends on the economic recovery and how quickly carriers are willing to take investment risks again and whether they are able to hire drivers,” said President at CH Robinson Europe BV.

He fears that this transport shortage situation could continue for up to a year.

“The economy is ahead of capacity and I expect it to take at least another six to 12 months,” Eijsink estimates. He added that the Mobility Package could reduce the efficiency of truck fleets by reducing drivers’ working hours.

Eisjink also stressed that CH Robinson will be moving away from the asset light strategy practiced so far (in which the company owns relatively few assets, rather using those owned by external companies).

“The logical course of action is to invest in our own multi-truck fleet,” said Eijsink.

Recently, CH Robinson bought Dutch freight forwarder Combinex. The purchase is expected to strengthen the company’s position in the short- and medium-haul market in Europe.

But despite the acquisition, CH Robinson’s priority is to grow organically, although acquisitions are not ruled out.

“We will continue to make acquisitions if they complement our business and help us move forward,” President at CH Robinson Europe BV said.

The company’s revenues in Europe have already exceeded €1 billion. This was mainly due to air and sea freight. CH Robinson carries out approximately 19 million transport operations globally each year. About 70% of the operator’s turnover comes from the North American market.