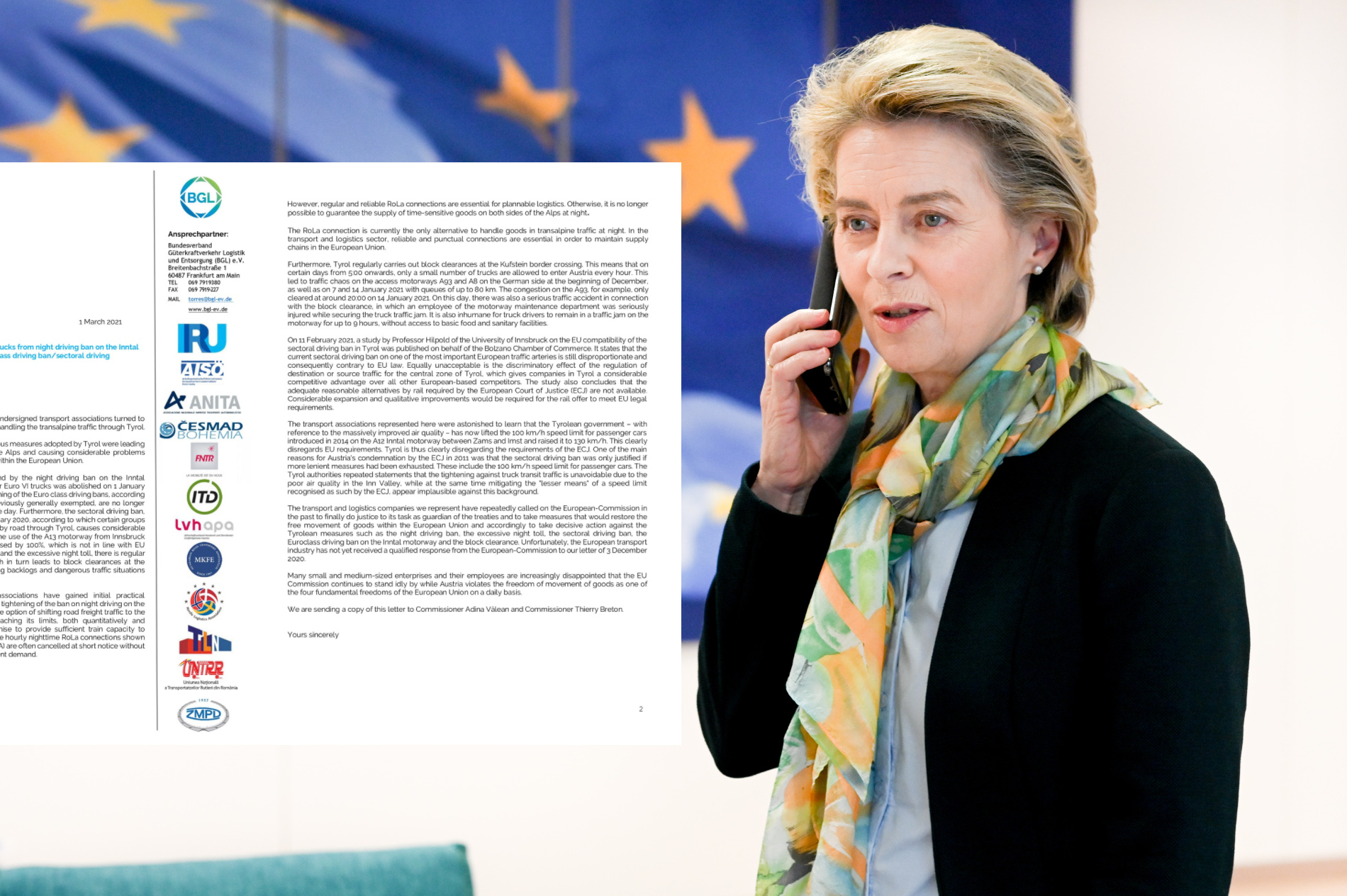 13 transport organisations from 13 countries have urged the European Commission to take action against the multiple driving bans for heavy goods vehicles in the Austrian Region of Tyrol. 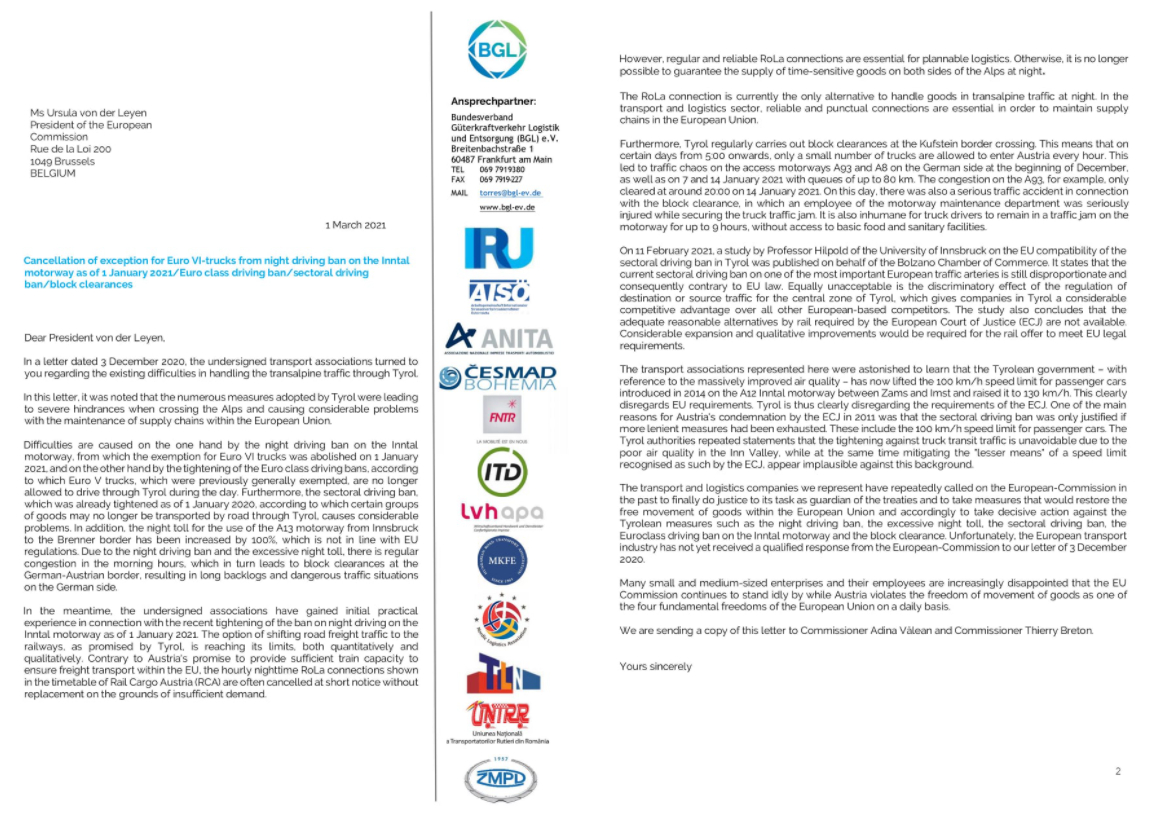 Tyrol has imposed restrictions on commercial goods vehicles pointing to problems with poor air quality, while at the same time increasing speed limits for cars for the same reason.

These measures are contradictory, disproportionate and block the free movement of goods, breaching the fundamental law of the European Union” – reads the letter. –“Tyrol has already been condemned twice by the Court of Justice of the European Union for trying to restrict goods transport by road without providing adequate alternatives.”

The transportation organisation claims that driving bans, block clearances and night tolls are obstructing truck movements and leading to extreme congestion when roads reopen in the mornings. Tyrol authorities have indicated that goods could be transported by rail and combined transport instead, but the connections available are insufficient.

“The European Commission promised in 2019 a dramatic increase in rail capacity by 2021, which has not been realised. Essential goods therefore cannot be moved without trucks” – IRU adds.

The signatories of the letter refer to a study published by the University of Innsbruck on 9 February 2021, which states that the so-called sectoral driving ban is disproportionate and consequently clearly contrary to the EU legal system.

In addition, the German BGL emphasizes that driving bans based on environmental ratings and night driving bans on the Inntal motorway, as well as blocked traffic management, also contribute to the Tyrolean bans and regularly cause chaos on German motorways.