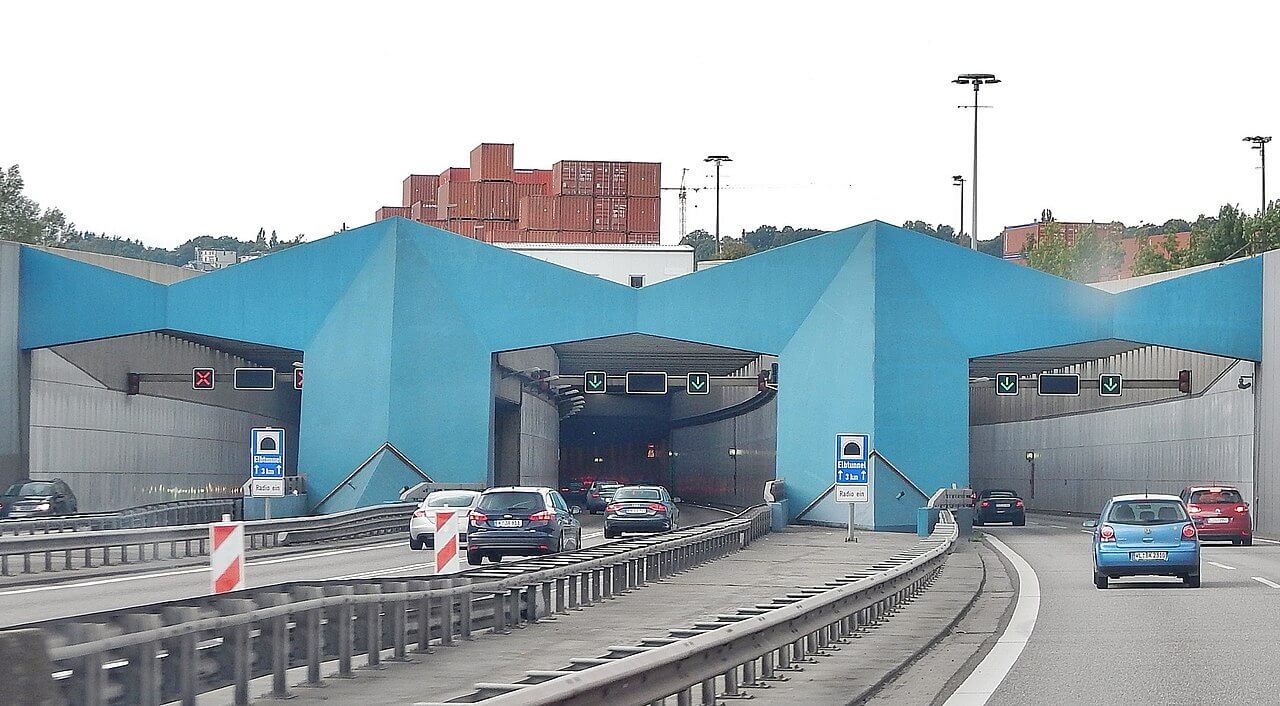 A key section of the German A7 motorway near Hamburg will be closed this evening for a 4-day period; the closure is due to construction of noise protection infrastructure.

The closure of the Elbetunnel in both directions is planned for a total of 79 hours and starts tonight at 10 pm. The works will then be expanded from Friday at 10pm, when the motorway from Hamburg-Heimfeld will also be impassable to the north until 5am on Monday. The latter closure is expected to cause disruption on Friday in particular.

The long traffic obstructions are explained by the span of the bridges and the unusually complicated procedure. The Behringstrasse, Osdorfer Weg and Bahrenfelder Chaussee bridges have to be demolished on one side. The remaining halves of the bridge after the demolition are to be used in the following construction phase.

„We are well aware of the fact that by having a Friday with us, we will of course create significantly greater traffic chaos,” said project manager Christian Rohde.

The spokesman for the federal project company DEGES, Christian Merl, has asked transport companies to plan their necessary trips differently in advance or to allow more time for delivery trips.

The route via the A1, A21 and B205 between the Horster Dreieck south of Hamburg and the Neumünster-Süd junction is recommended as a diversion.

Another option is the route over the Elbe bridges near Geesthacht, which can be reached via the A39 (Hamburg-Lüneburg) and B404 / A21, as well as the route from the west of Schleswig-Holstein via the A23 to Pinneberg-Nord and the Westring- L103 to the western part of Hamburg.