£5000 and 9 penalty points for driving in flip-flops? Wearing loose shoes can be a problem in the UK. 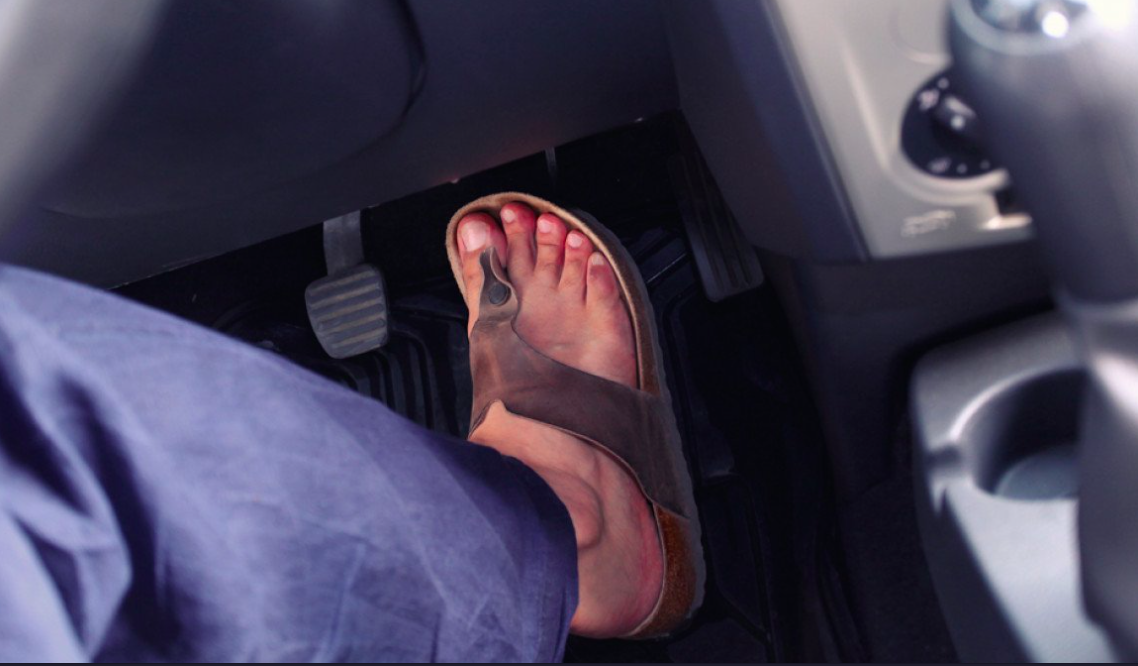 Wearing loose shoes when driving, such as flip-flops, can cause serious problems. The British newspaper “The Sun” describes how you can get into trouble with the wrong footwear.

Too loose shoes can be dangerous for the driver because of their negative effect on the ability to drive properly. A person who drives a car e.g. in flip-flops may be punished for driving carelessly.

This is an important piece of information for drivers driving to the Isles, especially as the beginning of summer is approaching and higher temperatures will surely lead to a change in wardrobe, also among the drivers.

As “The Sun” stresses, driving in flip-flops alone is not illegal, but, for example, their sliding off the foot may prevent the driver from driving safely. He or she will then be responsible for careless driving and will face a fine of £100 and 3 penalty points in the UK.

According to Article 97 of the UK Highway Code, car drivers must wear ‘footwear and clothing which do not prevent the correct use of vehicle controls’ (e.g. pedals or steering wheel).

Flip-flops may slip off your foot and wedge under the pedals or prevent you from pressing the pedals hard enough or fast enough. This, in turn, could lead to a collision. In such a case, the driver will face a fine of up to £5,000, up to 9 penalty points, and even a temporary ban on driving (the duration of the ban is decided by the court).

British RAC (Royal Automobile Club) recommends that drivers wear shoes with sufficient grip to prevent their feet from slipping off the pedals. In addition, RAC requires that the footwear for driving should have a sole no thicker than 10 mm. The shoe should not be too heavy or restrict the movement of the ankle.