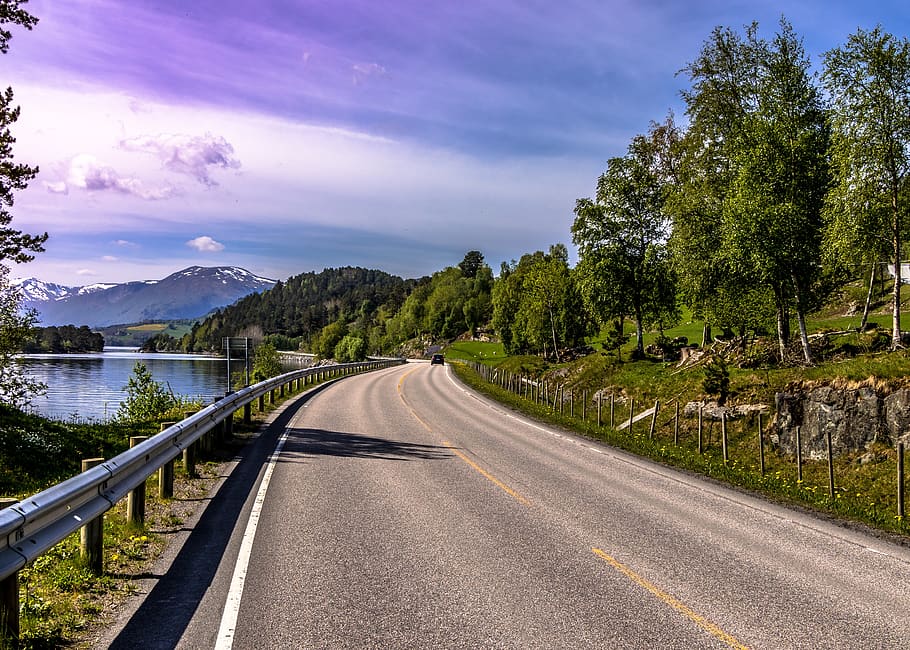 Since mid-January, new regulations have been in force in Norway concerning the weights and lengths of trucks allowed in the country. On Norwegian roads, you can see 60-tonne trucks with one trailer or semi-trailer.

The amendment to the Norwegian Regulations on the use of vehicles entered into force on 15 January 2020, according to the Norwegian transport portal lastebil.no. According to the new regulations, the so-called modular road network (where traffic of 25.25 m long modular combinations is allowed) is now available to 24-metre long trucks with GVW of 60 tonnes with one trailer/semi-trailer. Until mid-January this year such trucks could measure 19.5 metres in length and have a GVW of up to 50 tonnes. An exception to this limit was timber trucks. For this type of transport, the vehicle could be extended to 24 metres and its gross vehicle weight could reach 60 tonnes.

Currently, regardless of the load being carried, a single semi-trailer/trailer truck can be 24 metres long and have a gross vehicle weight of 60 tonnes, but must nevertheless meet a certain condition. Namely, vehicles must be equipped with an articulated frame-steer to meet the standard for turning radius. In addition, the combinations must have eight axles each and the distance between the first and last must be 19 metres.

Mega trucks in other countries

Norway is yet another country that has allowed mega trucks for traffic. At the beginning of last year, Finland increased the permitted length of truck combinations to 34.5 m, almost 10 m more than the previous limit. Gross vehicle weight, however, remained unchanged at 76 tonnes. The new regulations have allowed combinations not used before.

The Finnish Ministry of Transport assumed that longer units would bring ‘significant benefits’, especially for the transport of sea containers, general cargo and food, which accounts for almost half of all road transport.

32-metre long combinations with two semi-trailers will also be tested in the Netherlands this year. The first test combination will be launched in the Netherlands in mid-2020. If the vehicle passes the first test phase, four such trucks will appear on Dutch roads in 2021. All of them are to operate on regular routes, serving distribution centres located just off the motorways (initially between Rotterdam and Venlo).

In mid-2019, ACEA, the European Truck Manufacturers’ Organisation, spoke on the new CO2 emission limits for trucks approved by Brussels. According to the organisation, 32-metre trucks would help to significantly reduce harmful emissions.

According to ACEA, experience in countries that have allowed the use of extended trucks (Spain, Portugal, Belgium, Denmark, Sweden, Finland, the Netherlands and some federal states in Germany) has shown that extended vehicles are more efficient and economical than regular trucks.

ACEA also highlights other advantages of mega trucks. These are, for example, connected with the problem of a shortage of drivers in the transport industry – use of such trucks would increase the competitiveness of companies by reducing transport costs.