The chief of the Irish Road Haulage Association (IRHA) has said that the introduction of a daily, direct freight ferry service from Ireland to France would be a „game changer”.

IRHA President Eugene Drennen made the comments during a recent radio podcast about the needs of Irish hauliers.

In Drennen’s eyes, the question of whether Irish hauliers can remain competitive is not dependent on whether there’s a deal or not. However, he does believe having direct ferry services could prove pivotal.

„If Irish carriers can get to the mainland of Europe in 16-18 hours, it would be a game changer for all the industries in Ireland but especially for the time-sensitive businesses”, Drennen explained. To be able to achieve that, daily efficient direct ferry services from Ireland to Europe are needed. However, at the moment, there aren’t enough ferry services to provide this opportunity.

Irish hauliers appear to have a similar opinion. Several representatives from the country’s haulage industry said on The Pat Kenny Show last week that they need daily direct ferry services from Rosslare to the European mainland.

Currently, vessels sail out from the Rosslare port on Tuesdays, Thursday and Saturday, 2 ferries per day, but after Brexit, approximately 400 trucks and their drivers should be taken daily from the island to the European mainland. This needs more vessels, more services and more facilities.

Irish hauliers are urging the government to help ferry companies establish these services by the 1st of January so that Irish trucks won’t need to use the UK landbridge between the European continent and Ireland. According to the government’s response, there are 22 sailings from the island, which should be enough. However, as independent TD Verona Murphy noted, some of these ships are container ships and cannot transport trucks.

The Irish freight industry generates 18 billion pounds a year, so the government should take actions to help them, claimed Murphy.

Baku GLS business development manager Mary Mullins said that being forced to use the landbridge could cause significant delays:

If our trucks are held up in Dover, they could be held up in a queue of hundreds and hundreds of trucks. So that would be a massive problem for us in terms of drivers’ hours’, in terms of we won’t get the same number of round trips done in a week.”

As the company has 95 trucks moving back and forth to mainland Europe on a weekly basis, and they cover approximately 60 to 70 round trips per week, the company’s concerns are understandable.

As we have earlier reported, Irish hauliers are urging the government to subsidise ferry fees to make the cost of travelling with a ferry equal to travelling via the landbridge route. If these ferry services were regarded as a public service, the IRHA chief believes the Irish government has the right to provide this financial help. 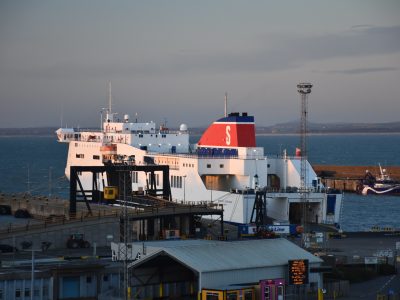 Ireland to France ferries – all... 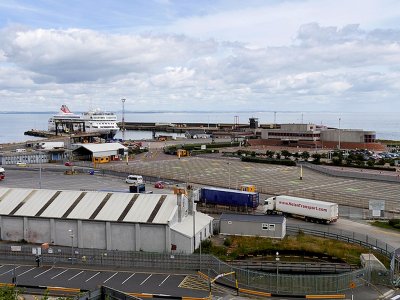