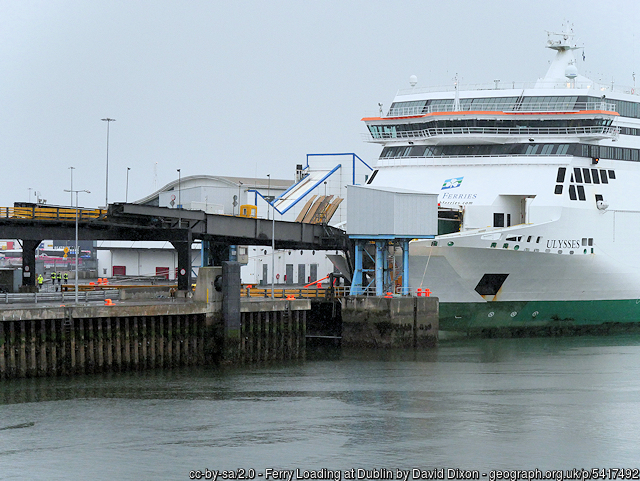 Irish hauliers claim that a daily ferry to mainland Europe should be established to avoid potential 5-6 hour-long queues at British ferry ports after the end of the Brexit transition period.

During an interview on the Pat Kenny Show, Eugene Drennan, President of the Irish Road Haulage Association (IRHA), declared that the current landbridge route to the European Continent cannot now be regarded as the only reliable option for Irish hauliers post-Brexit. As a consequence, an alternative route must be created.

The IRHA is concerned that trucks from Irish hauliers will not be allowed to drive through Britain without stopping as was promised, resulting in delays. This hold up, it is argued, would also create an extra cost for Irish hauliers.

It is for this very reason why direct ferries from Ireland to France are deemed necessary. Importers and exporters would not have to pass the extra cost of delays on to their clients. On top of that, the disruption to the supply of goods would also be significantly lower.

As Drennan explained, when the Ireland to France landbridge route operates smoothly without interruption, it takes 8 hours less to get a truck to France than if it was using a direct ferry. Therefore, if ferry companies don’t have sufficient demand for direct services, they don’t operate them every day.

However, if the predicted traffic difficulties really come to fruition at Dover in January, and drivers have to queue for 5-6 hours, they would run out of their driving time that is strictly regulated by the law. That would mean having to take a night break before they continuing their journey, causing yet more delay.

If a daily, direct ferry line was made available, Irish hauliers would have a choice. Drivers could take their resting period on the truck and would be able to drive for 8 hours when arriving in France. The ferry takes approx 18 hours to get to France, but drivers would be much closer reach their destination (whether it be France or Germany) once they are off the ferry.