After more than half a century, kanban looks a little different than at the beginning. Automation is part of that. 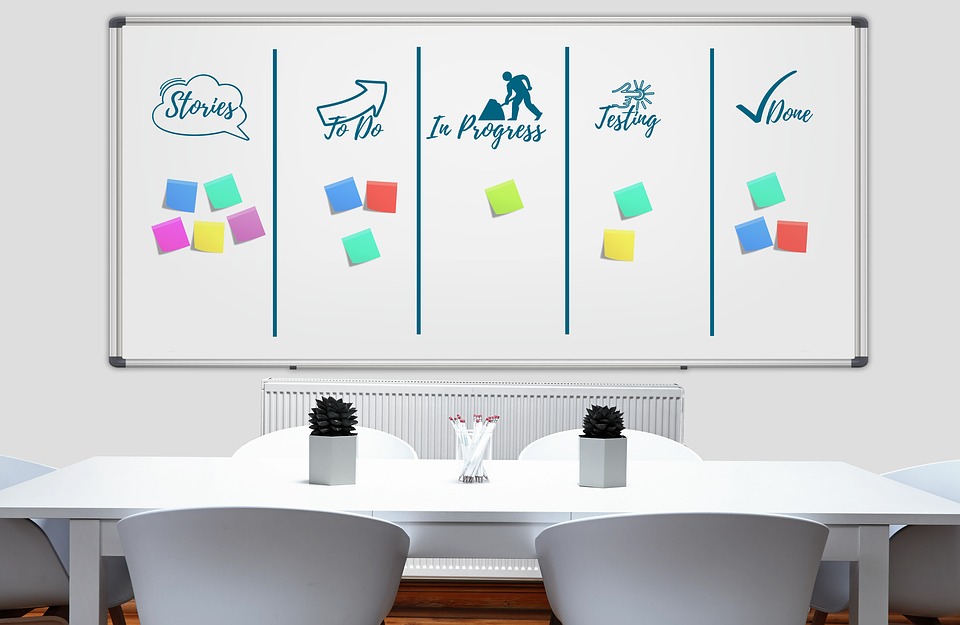 Developed by the Japanese, the kanban (Japanese word for signboard) method is over 50 years old. It concerns production and supply control, the system for conveying information on planning, task allocation, preparation and implementation. After more than half a century, kanban itself looks a little different than at the beginning. Automation is part of that.

Technological progress and, in particular, the spread of automatic control systems are very rapid. This does not mean that the kanban loses its value. For example, RFID allows for optimization. It is a technique (Radio-frequency identification) which uses radio waves to transmit data and power an electronic system. The RFID tag is a key element of the system and objects can be identified by means of readers.

This type of solution, the automated e-kanban system, was developed by Balluff together with the supplier of intralogistics solutions. It performs several tasks, not only related to production control, but also to inventory management.

The basis for creating this solution is the belief that the kanban systems, which have been functioning for more than half a century, have flaws and the basic ones result from the presence of… a human being in them. The human being may, for example, fail to deliver the card with information on delivery or replenishment to the warehouse at the right time, which may result in delays or even stop the process.
Therefore, it was decided to equip the kanban system containers with RFID technology. This means that the transport containers automatically report the demand to the control system on the one hand, and on the other hand initiate the delivery process.

The solution is the joint work of Baluff and Beewatec engineers. The key elements of the e-kanban system are warehouse rack, autonomous FTS transport system and assembly station controlled by the kanban. In fact, it is an integrated solution that can be applied in many areas.

E-kanban practically eliminates messages about inventory based on typical kanban cards. The integrated system is in fact self-monitoring.

At each workstation, you can predefine the minimum quantities of materials. The information that this “limit” has been exceeded immediately is automatically transmitted to the central control system. For each of the lines, this solution can work independently.

And all of this takes place thanks to the RFID application, specifically thanks to equipping each container with such data carriers. If there is a shortage of assembly material, the automatic transport system (FTS) is instructed by radio to deliver supplies from the appropriate warehouse rack.

The vehicle, controlled by sensory and optical systems, shall follow a route marked on the floor and the integrated safety system shall prevent collisions. Before reaching the programmed rack in the warehouse, the system once again asks for the current stock level at the workstation, as the filling level of the adjacent line could already have reached a minimum level at that time.

In the warehouse, the FTS trolley fills the required containers and transports them to the right workstation. The workstation can also be identified by an RFID tag and the vehicle will stop exactly in the right place (inductive sensors are used to monitor the process). In the same way as container loading, the system, consisting of an RFID tag on the container and an RFID reading head on the rack, ensures that the components are transferred to the right place. The workstation is restocked and the FTS vehicle can return to its base station awaiting further instructions.

While in the case of classic kanban systems, customers only learn about the demand for material when the cardboard box has been emptied, RFID solutions transmit information about the inventory to the master control system in real time.

This increases transparency and reduces response time. An additional argument for the use of e-kanban is the fact that in the case of classic systems, errors can occur during the replenishment of stocks: components are transferred to the wrong rack or are delivered too late. In this case, if the RFID reader detects the wrong box, the mechanism at the rack inlet prevents it from reaching the assembly station. The assembly station employee does not have to worry about the supply and the correctness of the component.

For easy and convenient connection of sensors and actuators to the control system, the digital I/O-Link interface was chosen.

The Smart Light signalling column acts as an optical signalling device in the e-kanban. It offers three modes of operation and allows for adjusting the level of information transmitted, as well as status indications, warnings or requests.

If the column flashes blue, the worker knows that there is a need for action. If it emits green steady light, all lines are equipped with the material. Red indicates that the wrong container has been placed on the rack and yellow indicates that the assembly station is in test mode.