Kanban: how Toyota invented and perfected it 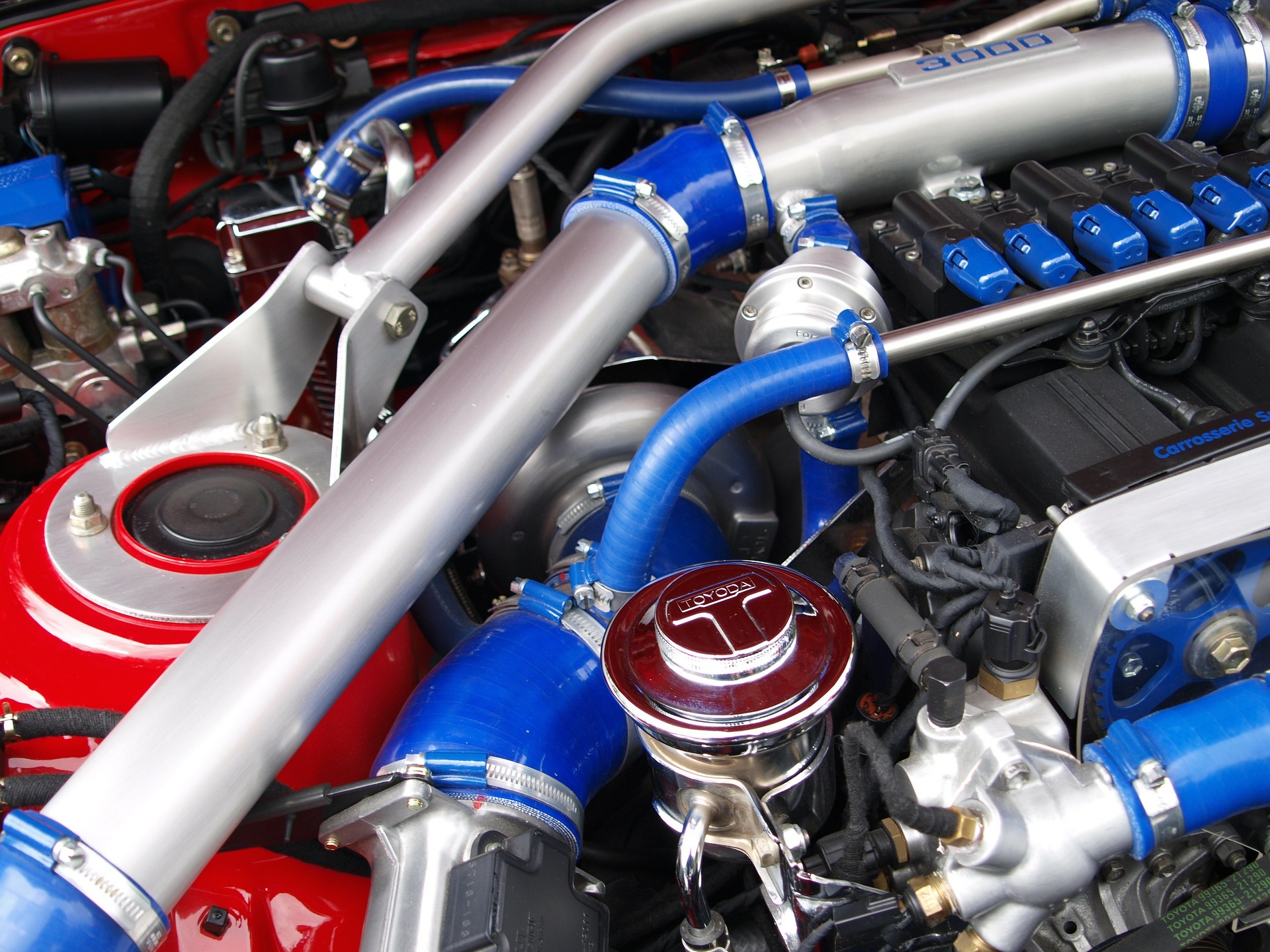 Developed by the Japanese, the kanban (Japanese word for signboard) method is over 50 years old. It applies to production and supply control. It is based on the establishment of a system for communicating information on planning, the allocation of tasks and their preparation and implementation. It was invented by a Toyota employee and applied first in the company’s factories.

Taichii Ono together with his team specified the key principles facilitating the implementation of kanban. The basis is the assumption that each customer (external or internal) informs its suppliers (internal or external) about the demand at the time when the stock has been consumed. In turn, suppliers produce exactly the same quantity of a given product as the customer’s demand (no product is manufactured or transported without demand).

The document with the demand for a given product follows the product, and the role of the supplier is to ensure compliance (including quality) of the product with the requirement. All this together increases the efficiency and sensitivity of the production process.

Such principles were introduced in the first half of the 1950s at Toyota plants. In the main factory, this has been somehow linked to the philosophy of just in time (JiT).
Today, kanban and JiT are widely used in the automotive industry. This places specific tasks before the logistics specialists. Kanban doesn’t mean companies don’t store. On the contrary, they do, but the quantities of stored goods have been greatly reduced.

When ordering a vehicle, he starts the delivery process, which will be finalized in a few weeks, and sometimes even in a dozen or so weeks.

Kanban has, therefore, become a tool at Toyota to operate a pull production system. It ensures the transfer of information between processes and automatically orders parts. Each object or box of objects flowing through the manufacturing process has its own kanban (kanbans are removed from the elements during use or transport and returned to the previous processes as orders for additional elements).

The method developed by Toyota has, therefore, become a sign-based scheduling system that activates the logistics chain and keeps it at an optimal level. It’s like a JiT supply system that harmonizes stock levels with actual consumption (keywords: take only what you need; produce exactly the quantity you need; deliver only what you need to use to get there).

In fact, the replenishment process is compared to what is used in supermarkets. This process has the advantages of avoiding disruptions in the delivery pace, but also a last-minute rush.
In order to organize the teamwork well, it is necessary to prepare a system in which production will be based solely and exclusively on the kanban signal located between different (predefined) production locations. These signals can be e.g. sound/light signals, kanban cards, empty process pallets or containers.

It was calculated that three years after the introduction of the kanban system, Toyota achieved a 75% reduction in all inventory and a 95% reduction in shortages.

Production increased by about a quarter, while at the same time the production space was reduced by about 10%.

A few years ago, another automotive company, Kongsberg Automotive, also boasted about the use of kanban.
Norwegians (in Poland they have been operating in Millenium Logistics Park Pruszków since 2000) are suppliers of products (lumbar support systems, massage systems and heating mats for car seats) for such brands as Audi, BMW, Land Rover, Toyota, Volvo, VW.

The first area where the kanban system was used was the DPU production line, which produces pumps for message systems. It was launched in 2012. For each production area, a list of finished products with a full list of the parts necessary for their manufacture has been defined. Next, components were identified, which can be moved from the warehouse to the production line in the pull system (e.g. small elements: memory chips, clamps, tubes, connectors, joints, rubber elements, gaskets, motors).

The number of components pulled with a single kanban card is a quotient of the number of production batches performed within two working hours at a single workstation, as well as the number of components comprising a single piece of finished product and the number of workstations performing work simultaneously. Kanban flow cards (used as orders for warehouse issues) and kanban containers with kanban card label describing the content of containers were used. Flow cards and containers refer to a specific part used in a selected production area and used in a closed circuit between the warehouse as a supplier of a part and its process customer.

The next stage involves warehouse workers. The forklift truck driver and the collection of flow cards and containers take place along a precisely defined route, the so-called “Kanban Loop” (the warehouse operator organizes a ride in the Loop every hour, collecting, in turn, the containers and cards that indicate the demand for components). Sorting orders according to the storage location saved on the card or container serves to shorten the time of order picking.

Kanban for Kongsberg means, among other things, less loss and waste, making the production system more flexible and resistant to external interference. Thanks to the availability of parts in the kanban system, productivity increased by 0.5% to 5% for each production line and unit. Thirdly, the kanban system ensures that unnecessary delivery cycles are eliminated without disrupting the organisation of material flows. Therefore, it allows to reduce costs and minimize working time. It allows to reduce blockages and downtime on production lines and to reduce the level of pre- and inter-operational stock at workstations to a minimum – explains Joanna Walasek, Logistics Specialist at Kongsberg Automotive in a statement for Log24.

The fact that kanban also works well in another role, specifically in planning the work of the maintenance team, is confirmed by PSI.

The PSIwms system manages warehouses in LPP, Cisowianka, Piątnica and ABM Greiffenberger. Each client has an individually developed strategy of responding to notifications depending on their needs, so those possible problems can be solved as quickly as possible.

The team leader asked us (Quality Managers) how such tasks could be organized. According to the kanban philosophy, we decided to start from understanding the current process: the ordering process, the role of each user. We met and tried to draw this process. It turned out that some of its fragments were so complex that they were difficult to explain and translate into the paper. This has come to our attention and we already knew that there are bottlenecks here that need to be improved, bearing in mind that the process is as efficient as its narrowest bottleneck is. The most complicated and unclear parts were those related to work planning for individual employees,” explained Piotr Pilakowski, Junior Quality Manager at PSI Polska.

The solution for the WMS support team was to visualize the process. For the purposes of the project, a Kanban board was created, gathering in one place the orders from all the customers of the system. Increasing the visibility of tasks allowed to quickly estimate the amount of work to be done and check their status.

Not only is the aspect of transparency important, but also the aspect of usability. Quick filters allow you to switch to the view of tasks grouped by customer, date or time of the last update, while the colours of the bar at the tasks distinguish those that do not yet have a set deadline. Different types of tasks are clearly divided into errors, improvements and new functionalities. The panel is available to all team members, so the programmer can easily drag and drop a task to mark it as e.g. solved.

The board allows you to observe the status of tasks, while the project manager still needs to know how busy the people in his team are in order to assign the work properly.

The second thing that turned out to be extremely useful was the use of two simple tools such as a pen and a sheet of paper. The very attempt to visualize the existing process resulted in the fact that very quickly we detected elements that should be changed in the first place. The attempt was made because the parts concerning the allocation of work were too complex to be explained and transferred to paper. This is a clear signal that changes need to start here,” adds Piotr Pilakowski.