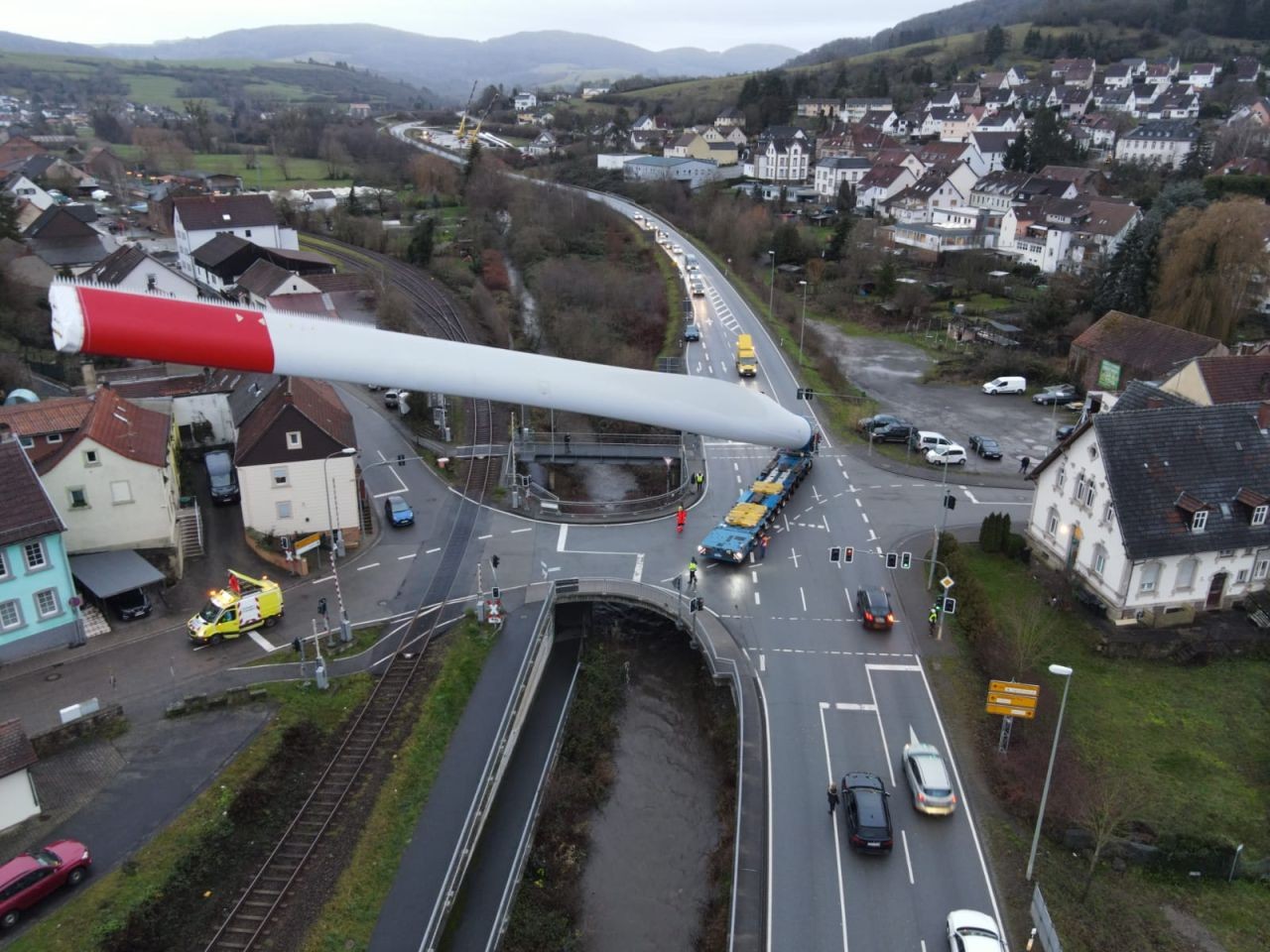 Luxembourg based P. Adams Schwertransporte, who specialize in the transport of heavy items, has revealed striking photos of how it transported a 67-metre-long blade for a wind turbine.

In the opinion of many, the head-scratching pictures look as though they’ve been photoshopped. However, the transport company assures they are genuine.

The pictures were uploaded to P. Adams Schwertransporte LinkedIn page earlier this week in a post with the caption „Finishing the year with a set of 67m rotor blades on a challenging route.”