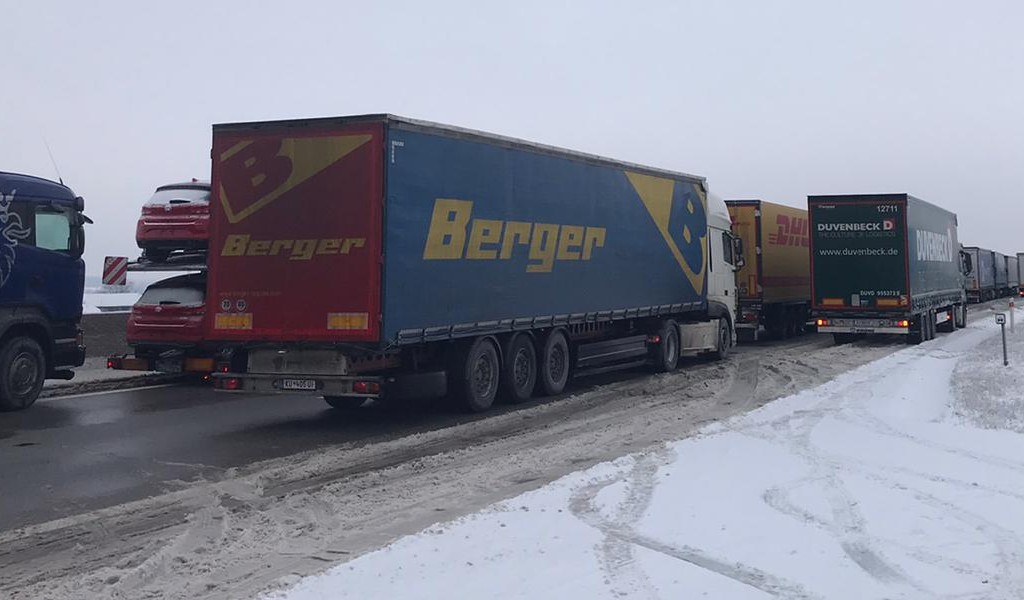 The fallout over Germany’s stricter border controls with Austria and the Czech Republic has continued after lorry drivers were forced to queue in sub-zero temperatures yesterday for covid tests.

According to reports in the Czech Republic, some drivers had to wait 3 hours for their tests. As we reported yesterday, some queues at the Czech Border stretched as long as 20km.

Moreover, on the E50/D5, which leads to the German city of Nuremberg, a queue of HGVs initially also spanned over 20km, according to the motorway administration office and radio traffic news.

It was even worse in Italy – on the A22 heading north, queues of HGVs between Bressanone and the Brenner Pass reportedly reached 40km. The queues were caused by the need for truckers to access the new covid testing points that have been set up in the area.

Austrian Foreign Minister Alexander Schallenberg is one of many politicians in the countries critical of the border restrictions. He said the measures “have very severe consequences for the whole of Austria and therefore clearly contradict the lessons learned from last spring.”

Enrico Giovannini, Italy’s new transport minister, is equally unimpressed. He even went as far as to say that Italy should reciprocate by forcing drivers from Germany to present negative covid tests. Giovannini has also called for intervention from the EU to resolve the matter.

Moreover, Joachim Lang, Managing Director of Germany’s Federal Industry Association, has warned he restrictions mean there is a “great risk that supply chains will break down all over Europe in the next few days.”