Another gang of cargo thieves cracked in Spain. Goods worth over €1 million recovered by the Civil Guard. 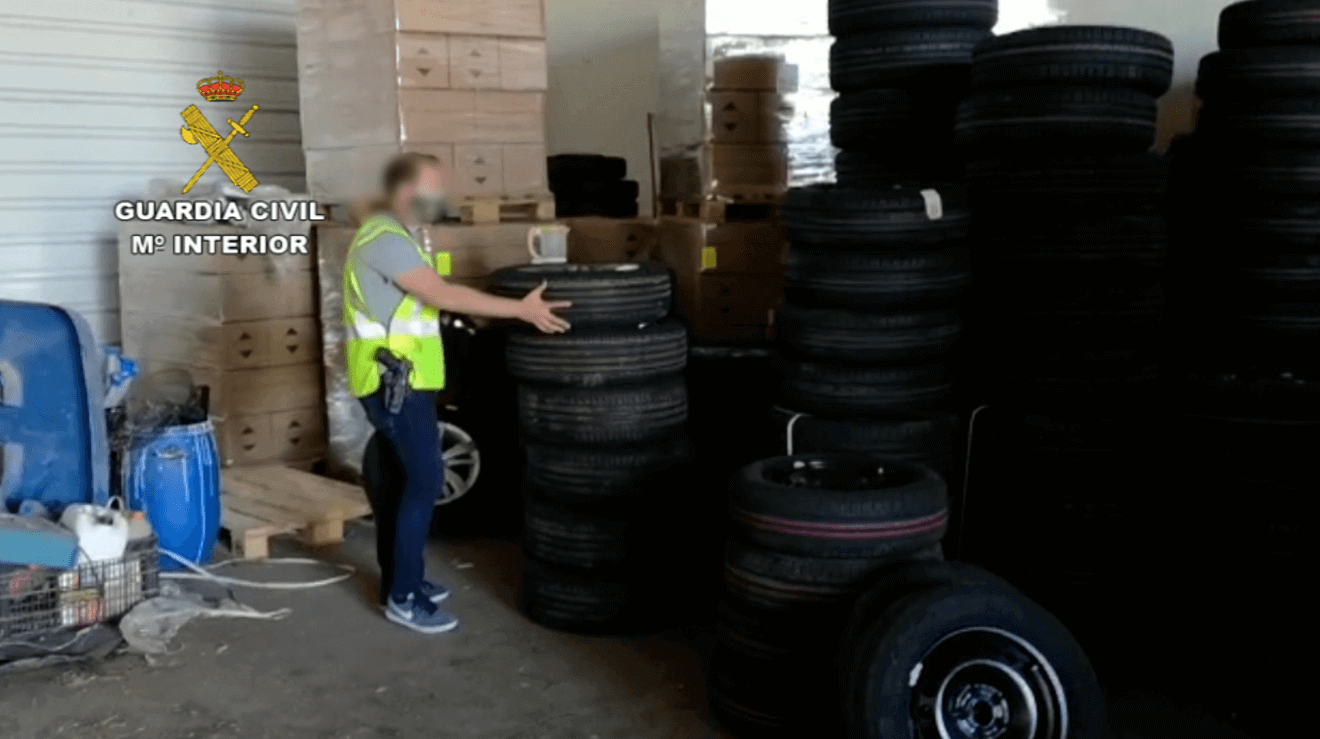 TRAPANI is yet another successful action of the Spanish services. The Civil Guard of Madrid captured a group of criminals specialising in the theft of cargo and trucks, among other things.

The group of criminals smashed by the Civil Guard, specialising in theft of goods and trucks, consisted of seven men aged between 28 and 42. Members of the gang have been arrested and will be held accountable to the court for belonging to a criminal group, six thefts of vehicles and cargo as well as the cultivation and production of narcotics.

According to Spanish media, the Madrid branch of the Civil Guard also recovered stolen loads (including tyres) worth €620,000 and vehicles worth €600,000. In addition, officers discovered a plantation of cannabis during the operation and confiscated 250 plants.

The thieves used in their criminal activities, among other things, a warehouse located in the El Laurel industrial zone in Chozas de Canales (the province of Toledo). There they hid stolen goods and vehicles, including a trailer with 16 pallets of bicycles.

The Civil Guard analysed the way the gang operated and confirmed that it was a criminal group specialising in the theft of heavy goods vehicles that are used to transport large goods across the country. These vehicles and goods went to rented warehouses to ‘cool down’ and were then sold on the black market.

Among other things, the gang is accused of stealing a truck with almost 800 tyres and a vehicle with air conditioners worth half a billion euros.