Supply chains hit hard in recent times still can’t recover. In the southern Chinese province of Guangdong, where the country’s main manufacturing plants are located, there has been a resurgence of the pandemic, limiting port operations.

At the end of May, COVID-19 cases were detected among workers at Yiantian port in the southern Chinese city of Shenzhen. In response to this, the port authorities have introduced severe restrictions. As a result, there were significant delays in receiving ships and unloading containers.

“Yantian International Container Terminal is under quarantine and disinfection procedures by local authorities to stop the spread of COVID-19 virus. We expect congestion at the terminal and vessel delays of up to 14 days in the coming weeks,” Maersk informed.

The company also said that 34 ships operating under its flag were affected by the delays. Initially, Maersk informed its customers that delays of 7 to 8 days were to be expected. The talk now is of a two-week delay.

The closure of the port is another blow to already badly battered supply chains. As a direct result of the restrictions, 20,000 TEUs of cargo were stranded in the port and, in addition, 50-60 vessels were waiting to enter the port in late May and early June.

The Yantian International Container Terminal, which is a window to the world and an export destination for goods produced in the region, handles 13 million TEUs of cargo annually. A group of ports in the region operating as the Port of Shenzhen was the third largest container port in the world in 2020.

According to China’s Global Times, Yantian port accounts for a third of Guangdong province’s foreign trade and a fourth of China’s trade with the United States. The western terminal remains closed this week as a result of the restrictions, while the eastern terminal is operating at only 30% of capacity.

With the prospect of waiting to unload or even enter the port, most logistics operators have begun to bypass the port of Yantian and direct their ships to nearby Shekou or other ports.

“We continue to monitor the situation closely and are making every effort to mitigate the impact on the supply chain as much as possible,” Maersk informed its customers.

Ongoing restrictions, congestion and delays at ports will affect the volume of Chinese exports to Europe and the United States as Shenzhen is the main manufacturing hub in China.

Moreover, the very fact that the COVID-19 pandemic is back in the province is bad news for consumers around the world. The restrictions may affect the production levels of the region’s numerous industrial plants. As a result, not only will shippers be competing for space and containers, but they will also fight for goods that are produced in smaller quantities.

It is likely that the current situation in South China’s ports will further contribute to an increase in shipping rates. These have been rising like crazy since early May, when supply chains began to suffer the consequences of the March/April blockade of the Suez Canal.

The price index on the Shanghai-Genoa route will probably also soon cross the 10,000 mark as it recently stood at $9,662.

In the first week of June, when the first effects of the pandemic restrictions at the port of Yantian were already visible, the rate index on the Shanghai-Rotterdam route rose by 3% week-on-week, on the route from China to Genoa by 2%. Larger increases were observed on North American routes – by 4% on the route to Los Angeles and as much as 6% to New York. The sector’s hopes that rates might begin to stabilise over the summer like they did before the Suez crisis were dashed with the problems of South China’s ports.

Repercussions even at Christmas

Moreover, China’s Global Times is concerned about the delivery of Christmas goods to Europe and North America. Experts say August and September is the export season for Christmas goods. If the problem with containers is not solved by then, global supply chains may have a lot of trouble delivering on wish lists to Santa Claus. 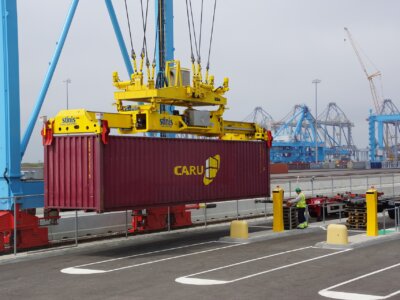 Rates for Chinese containers break another... 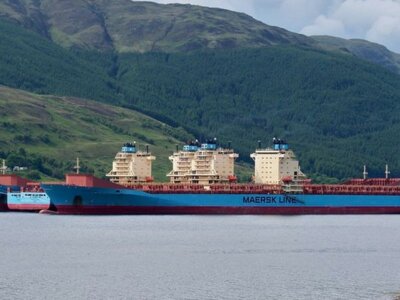 Digital twins for the maritime sector

Rates for Chinese containers break another record. Five times more expensive tha...
Digital twins for the maritime sector
The Suez Canal to be widened. No more congestion?
MsC to open new transport yard at Liverpool Port
Ocean Carriers have the visibility and power to go on