TV and Radio presenter Jeremy Vine, a well-known cyclist who is keen to shed light on the challenges of cycling in London, has revealed video footage of a bin lorry crew member pushing a wheelie bin into his path while he was on his bike. 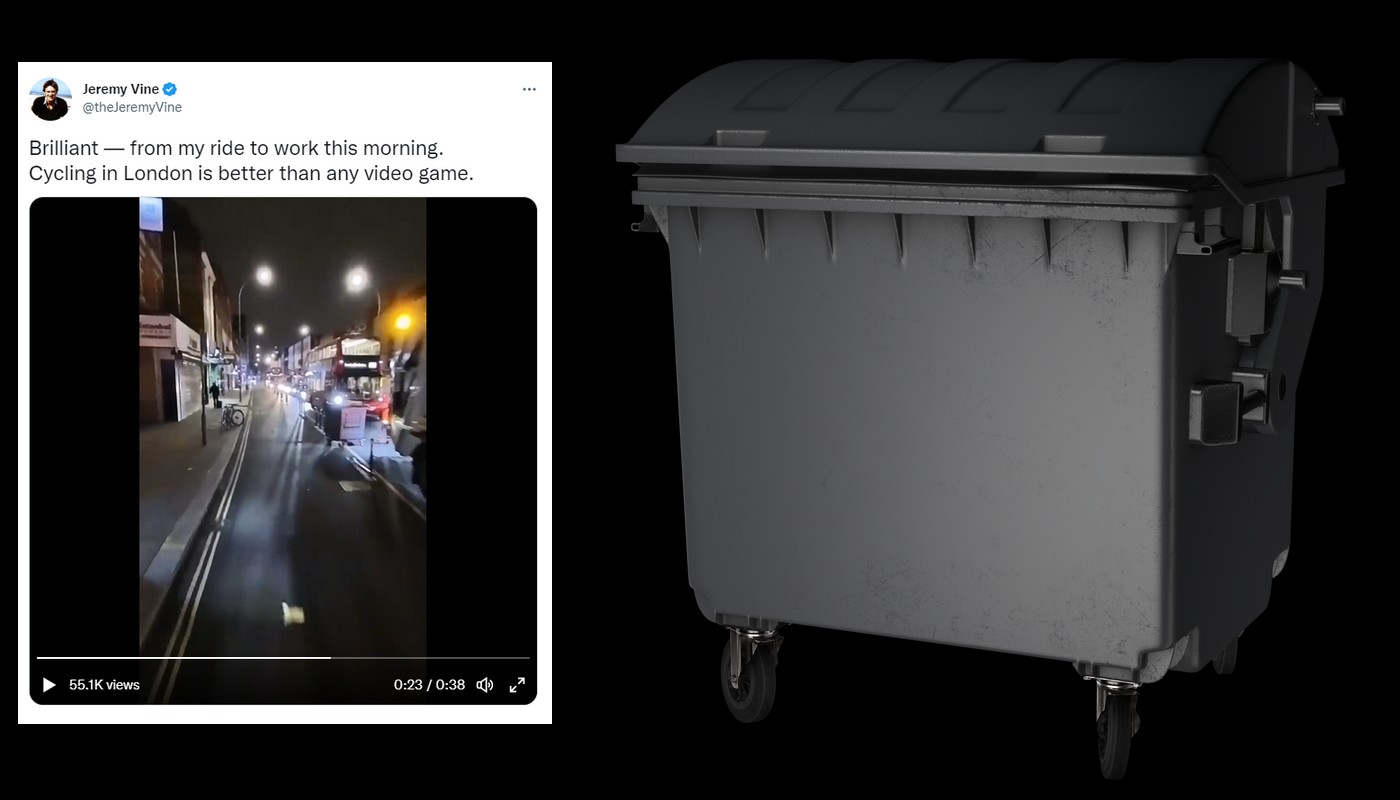 The footage, recorded by Vine this morning and uploaded to his Twitter page today, has generated no shortage of discussion online.

Brilliant — from my ride to work this morning.
Cycling in London is better than any video game. pic.twitter.com/IS6fJpQ4cP

The clip shows the TV and Radio presenter waiting at the lights before pedalling away just in time for the lights to turn green (not earlier as some have suggested).

He then crosses into the cycle lane on the other side of the road, where a bin lorry lies ahead to his right with its hazard lights flashing.

As Vine passes the lorry, one of its crew (possibly the driver, it isn’t clear) nonchalantly pushes an emptied wheelie bin across the cycle lane towards the curb and into his path. He sees the hazard in time though, and avoids harm.

The Channel 5 and Radio 2 presenter’s tweet sparked widespread debate in the comments section below. Many criticised the refuse worker for a lack of professionalism, while others claimed Jeremy Vine should have slowed down in anticipation of a possible hazard given the bin lorry’s hazard lights were on.

Readers may recall the spat caused back in May by Jeremy Vine’s criticism of a Waitrose HGV driver for close-passing a group of cyclists, including Vine himself. However, the driver’s employer, Waitrose, decided to back the driver in public.

On the other hand, Vine has recently given some airtime on his Radio 2 show to highlight the lack of toilet facilities available to truck drivers in the UK.