The newly-announced UK-EU trade deal will allow EU-based companies such as Girteka and Waberer’s to continue operations in the UK. Likewise, British hauliers like Eddie Stobart will also be able to do work in the EU. However, there are limitations to the deal and red tape will present major obstacles.

In the chapter on road transport, the EU Commission say the deal entails the following:

The good news is that ECMT permits will not be required for British hauliers, which will be of a huge relief to those who did not receive one earlier this month.

Nevertheless, the deal restricts British truckers to just one drop-off and pick-up when in the EU.  As it stands, the UK’s membership of the single market allows its hauliers to make three pick-ups inside an EU country before heading back to Britain.

According to the Financial Times, Road Haulage Association head Richard Burnett has said the deal risks „decimating” the UK’s concert haulage industry, as it relies on the ability to make multiple trips inside an EU country.

As regards customs, the EU Commission’s summary of the agreement says the following:

As you can see, the positive news is that customs procedures „will be simplified”. Even so, checks are still required and trade will not be frictionless.

Commenting on the new customs arrangements, Richard Burnett told Joel Hills of ITV News that there „will be chaos of the sort we saw in Kent this week” due to the lack of an implementation period for businesses.

CEO of the Road Haulage Association, @RHARichardB says: “disruption from 4th January is inevitable because businesses are not ready for the customs processes and they are not being given an implementation period. There will be chaos of the sort we saw in Kent this week”.

The EU Commission’s outline of the deal also contains key points related to the transport of goods by sea and air. Regarding air freight, the deal ensures that:

EU and UK carriers will be able to perform unlimited carriage of passengers and cargo between points in the EU and points in the UK (‘3rd & 4th freedoms’). Onward carriage (‘5th freedom’) will be possible for the carriage of cargo to/from a third country (e.g. Paris-London-New York), if Member States agree this bilaterally and reciprocally with the UK.

In addition, the EU Commission say the deal allows for „continued air, road and maritime connectivity”:

Transport is an essential driver of economic benefits in EU-UK relations. Some 210 million passengers and 230 million tonnes of cargo are carried between the EU and the UK each year. The EU-UK Agreement will ensure continued air, road and maritime connectivity, supporting these flows. Importantly, the Agreement includes provisions to ensure that competition between EU and UK operators takes place on a level playing field, ensuring high levels of transport safety, workers’ and passenger rights, and environmental protection.

Due to the deal being struck just before Christmas, and the full details of the text not being available yet, a number of major players in the logistics industry are yet to make official statements. This includes the IRU and European Road Hauliers Association. As we reported yesterday, Logistics UK and the RHA have nonetheless made official statements on the agreements.

The European Automobile Manufacturer’s Association (ACEA) has also commented on the trade deal, albeit in a cautious manner.

In a statement published on their official website, the ACEA expressed relief that no deal had been avoided, but also expressed concerns about how red tape at the border could affect the just-in-time supply chains currently utilised by vehicle manufacturers.

Naturally, following the announcement of the deal yesterday, both the UK and the EU sought to show that their respective negotiating teams had secured preferential terms. However, once the full text becomes available, both parties will inevitably come under close scrutiny from individuals and businesses in the UK and the EU.

In the meantime, there has inevitably been much speculation about „who has won” as a result of the deal.

JPMorgan on the Brexit deal: pic.twitter.com/V3itxeqnVJ

According to the extract published in the tweet, JP Morgan believe that the EU has secured a deal that offers it the upper hand in a number of areas.

More analysis will nonetheless come to light in the coming days, so it would not be a surprise to see some other experts suggest otherwise.

What does the deal mean for the haulage industry in the UK and the EU? Please let us know your thoughts in the comments. 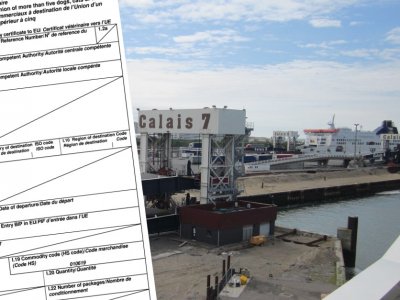 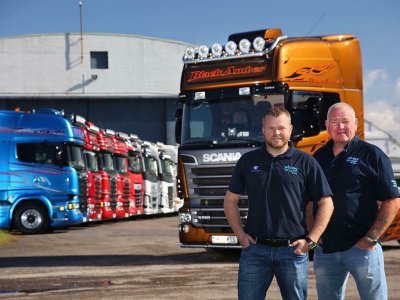 Whites Transport Services boss on the...

Data from French authorities shows 90% of UK Export Health Certificates filled i...
Whites Transport Services boss on the trials, tribulations and benefits of Brexi...
Latest CIPS survey indicates post-Brexit supply chain delays are worsening
Scottish food boss: export obstacles in next 2 months “could be worse than Janua...
Irish drivers could “take a weekend off” if customs issues are not sorted