Britain is testing an interesting system: signs over motorways in foreign languages 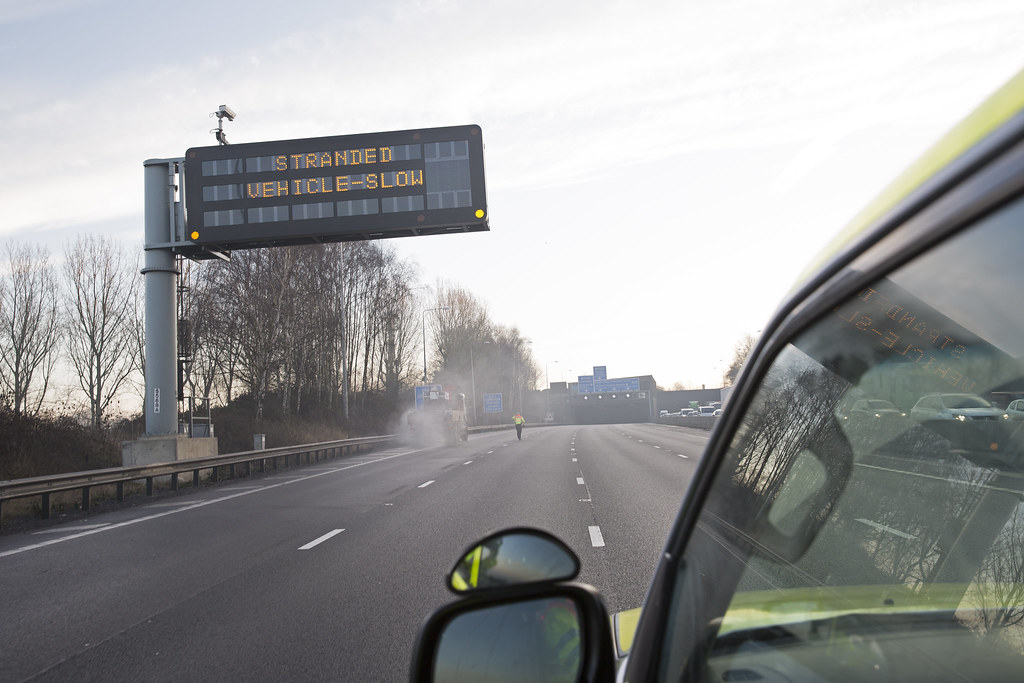 A special system consisting of cameras and electronic boards above the motorways, which display information in several language versions, has already been tested on some sections of the British motorways. If the solution works, it is likely to be implemented nationwide.

Electronic motorway signs informing about road conditions may soon become multilingual. What’s more, a dedicated system will recognise where the truck comes from and display the message in the language of the country in which the vehicle is registered.

How is this possible? Thanks to the cameras, which will read the vehicle registration number, and the system will recognise the country and trigger a message in the appropriate language version. According to uk.motor1.com, apart from English, there will be 9 languages available: Polish, German, French, Hungarian, Romanian, Dutch, Lithuanian, Slovak and Spanish.

For example, if the system detects an approaching vehicle from Poland, the board with the text “M6 J4 closed” will change into “M6 J4 zamknięte”.

Tests are in progress

At present, such multilingual signs exist along the A66 and A69. They inform about the traffic on the roundabout at the crossroads of 44 M6, north from Carlisle. The signs have been placed there to warn drivers about the night-time closure of the intersection. It is believed that for the first time electronic signs have been used in this way to provide information for continental truck drivers.

Steve Mason from Highways England, the British motorway manager, explains to uk.motor1.com what was behind the decision to launch the pilot project.

We’re a listening and learning organisation and we’re determined to improve the way customers get roadworks information. We carried out major improvements along the A66 near Penrith last year and while the communications and diversion routes worked well, we had some feedback from Cumbria Police that foreign lorry drivers were missing some of the messaging. This not only inconvenienced the drivers but also local communities as we had lorries on inappropriate diversion routes, explains Mason.

“We’ve taken that learning on board and hopefully providing tailored messaging for foreign lorry drivers will improve everyone’s experience of these roadworks,” he adds.