Theresa May, British prime minister announced a post-Brexit immigration plan. The system is designed to only grant visas to skilled workers. In addition, EU citizens will not be granted any preferential access. The Road Haulage Association warns that the new system would put the transport industry in jeopardy.

Not only the haulage industry is criticizing the new proposal. Business leaders from other sectors such as construction, agriculture and hospitality and also alarmed by the proposed system. However, the government is already thinking of a pilot scheme which would allow workers from outside of EU to do seasonal farm work in the UK, reports the BusinessTech.co.za. No such plan was announced to alleviate the increasingly severe shortage of staff in the transport industry.

Burnett also admits that it is another hard blow for the sector and points to the Government’s continuing failure to address the skills shortage.

The trailblazer apprenticeship scheme is mired in red tape and underfunded, and the sector has only had access to £10m of the £130m it has paid into the Apprenticeship Levy. The driver shortage is getting worse, yet the Government proposes to adopt a system that will make it even harder to recruit the people we need to keep the economy moving” – says Burnett.

The RHA chief executive warns that the increasingly difficult situation of the transport sector is also creating a shift in the supply chain. Suppliers are increasingly turning to commercial vans – a much less regulated sector.

This is bad news,” said Burnett. “It means drivers are moving goods over long distances but aren’t subject to drivers’ hours rules that keep them and other road users safe.”

Why are the EU workers so important to the transport sector in the UK?

The latest figures estimate that there are in excess of 43,000 lorry drivers from the EU working for British firms, with hauliers now “heavily dependent” on a continued influx of overseas drivers to keep them going. In addition, about 30,000 van drivers and 113,000 warehouse workers from across the English Channel are employed in the UK.

The UK’s supply chain is the blood in the veins of the UK’s economy, keeping schools, hospitals and businesses stocked, shop shelves full and retailers provided with the goods they need to prosper.  Without quick progress on the key elements that FTA has outlined, the resulting disruption could have disastrous impacts for British and EU business. A no-deal agreement should only be considered once every opportunity to reach a deal has been explored. Negotiators on both sides need to keep working to ensure that Britain and the EU keep on trading, day in, day out,” says Sarah Laouadi, European Policy Manager at Freight Transport Association (FTA).

Currently, there is a lack of about 52,000 truck drivers in the UK. Road Haulage Association (RHA) predicts further lorry driver shortages. According to RHA, there are 60,000 lorry drivers from Eastern Europe working for British firms. If their work permits expire after March 2019, the British companies might face a serious staff shortage.

Due to the seasonal nature of logistics, access to temporary staff is crucial and this gap has been filled by many EU workers. We know the plan for those EU workers wanting to gain settled status but not for those who come to the UK for seasonal work – the ones which businesses rely on to keep goods and services flowing,” says Sally Gilson, FTA’s head of skills for MotorTransport.co.uk. 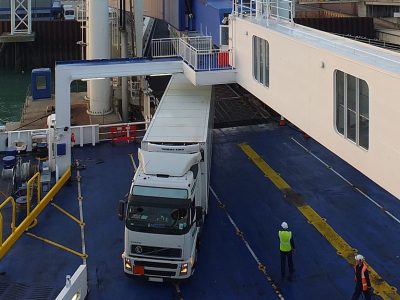 Britain is developing east-coast ports to... 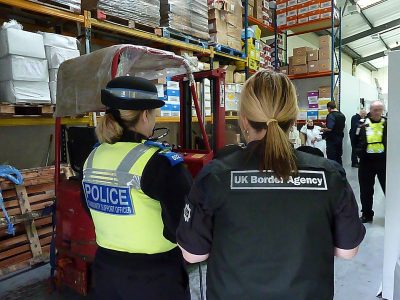 Britain is developing east-coast ports to be less dependent on the Calais-Dover ...
Britain to train 50k customs agents but RHA wants the government to expand Brexi...
The United Kingdom has introduced an electronic bill of lading. It is to facilit...