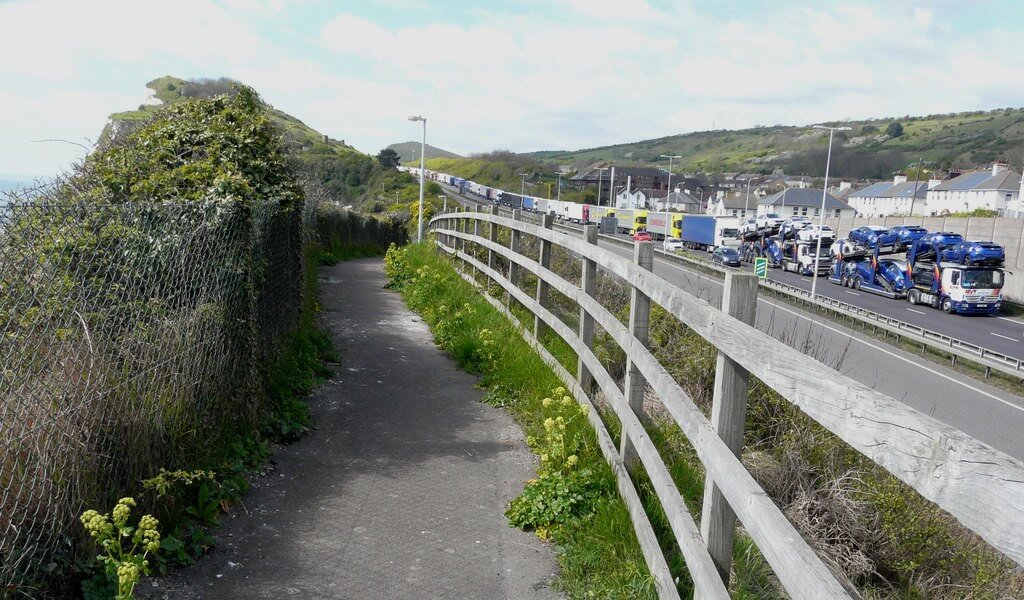 Duncan Buchanan, the RHA’s policy director for England and Wales, has said that British drivers will have to „take up the slack” as EU hauliers increasingly snub the country to avoid congestion and red tape.

Buchanan was quoted as saying the above in an article published by UK newspaper ‚The I’ yesterday, in which he also criticised the UK Government’s preparations for Brexit. In his own words, hauliers have „not been told what the rules are” by the government.

Why would EU hauliers dodge trips to the UK though?

John Shirley, a forwarder who has been brokering trade through Dover for 25 years, told Sky News last week that it simply won’t be worthwhile for many of them.

Shirley then went into more detail on the subject during a recent interview with James O’Brien on LBC radio.

Interestingly, Shirley believes that the queues might not be as bad as some have predicted:

„We thought in the haulage community that there was going to be enormous queues and bla bla bla, but no – we’ve been wrong footed. And this is just not from me, this is from my colleagues in the British International Freight Association. The hauliers have told many of us that next year they won’t come to Britain at all.”

When asked why that will be the case, Shirley replied:

„You have drivers who you pay by the kilometre, so if they are stuck in one of these ‚Farage Garages’, then they’ll say ‚right boss, I’m off’ and they’ll hand in their notices.”

He then added, „they’ll go and work for another haulier that only does work within the EU. They’ll know they’ll have an income; likewise, the haulier will also want to keep his trucks running because they’ve got their leasing costs to pay, their fuel costs, and obviously the drivers.”

After explaining how hauliers from countries like Lithuania, Poland and Hungary have a strong position in the market, Shirley then went on to stress that driver shortages mean there is plenty of work available for these companies within the EU:

„They will need to go to the administrations and ministries of transport to get permission to load from Germany, cause they’re not German obviously, to Britain. Well, I can’t obviously see them lifting a finger to do so.”

Brian then inferred „because they’ll be enough work without coming here”, before Shirley replied „yes, within the EU, there’s a shortage of drivers.”

In the last few minutes of the radio interview, Shirley explained why there could be food shortages in Britain, and also stressed the difficulty hauliers will face transporting goods between Britain and Northern Ireland.

Marco Digioia, the secretary general of the European Road Hauliers Association, also says she expects food shortages to be an issue.

“You can expect empty shelves in supermarkets from the first week of 2021,” said Mr Digioia. “It’s a complete nightmare scenario. It will last for weeks, even months.”

In addition, the logistical changes presented by Brexit are being taken very seriously by Tesco’s new chief executive, Ken Murphy. Speaking to Sky News yesterday, Murphy described the situation as „the biggest challenge” the company had ever faced. The chief executive also admitted he could not rule out price rises.

Meanwhile, the UK Government say they have invested £705m in jobs, technology and infrastructure at the border and are providing £84m in grants to boost the customs intermediaries sector. They also emphasise that it is up to the companies themselves to get ready for the changes:

“With less than one month to go, it’s vital that businesses and citizens make their final preparations too. That’s why we’re intensifying our engagement with businesses through the Brexit Business Taskforce and running a major public information campaign so they know what they need to do to get ready.”