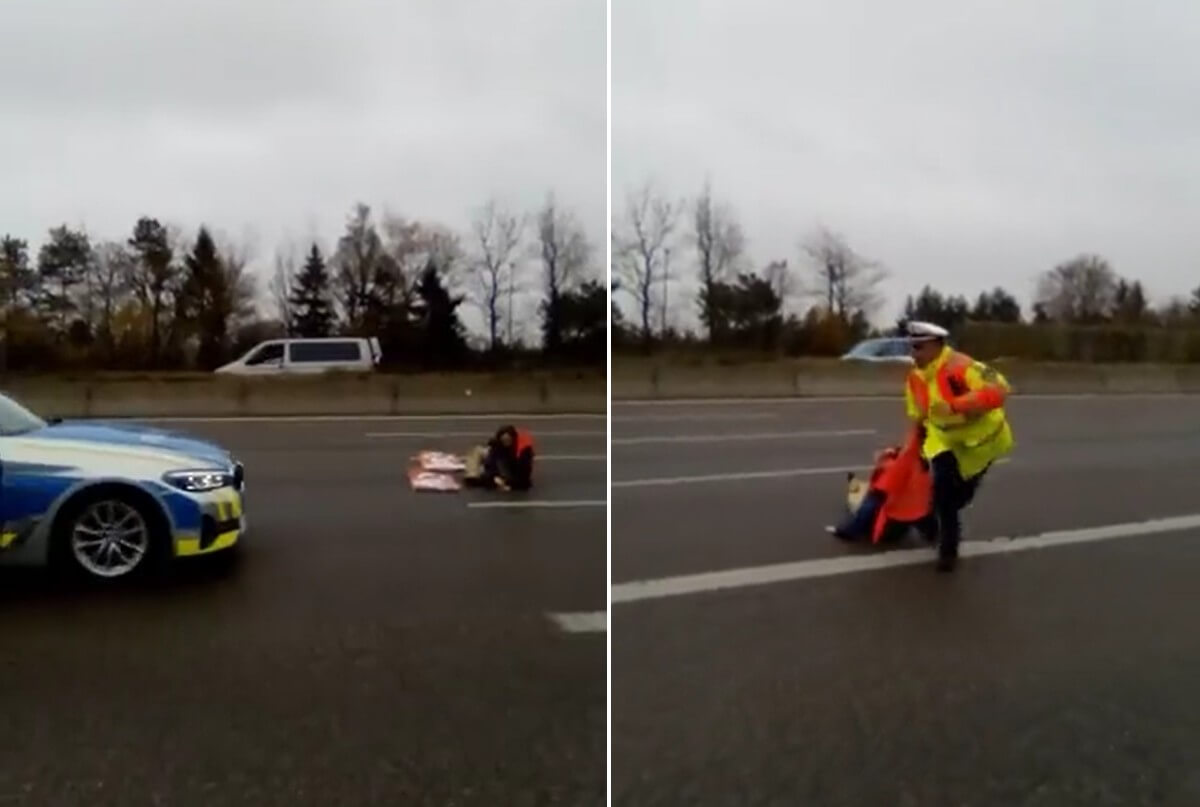 The video, which can be seen below, appears to show footage of one of the protests held on Germany’s A9 and A96 motorways today.

Captioning the video with the words of one of its members, Judith Beadle, Germany’s equivalent of Just Stop Oil said:

“We have maybe 2 to 3 years to get off course towards climate collapse. If we don’t act now, we will be the cruelest human race ever. I don’t want my kids to experience that.”

Details of the protests and the corresponding police response were published today by Munich Police Department’s press office.

According to the police, several reports were made this morning of protestors blocking the road or climbing the gantries of ​​the A9 (in both directions) and on the A96 (Munich-bound). The press release states the police responded immediately, with 150 officers from Munich and Oberbayern Nord dispatched.

By lunchtime, the police operation had been completed and the motorway was clear for traffic to run smoothly and safely again.

However, the climate activists did succeed in completely blocking the A96 in the direction of munich for a few hours, creating significant delays.

A total of seven people were found to have illegally gained access to gantries on the aforementioned motorways. Some of the protestors had glued themselves to the gantries and hung up banners.

The seven activists were all arrested on the spot and taken to police stations for further processing. Three were later released, with the remaining four taken into custody to prevent them from carrying out more illegal protests before they appear in court.

The matter will not end there either, as Munich Police Headquarters have stated they are conducting further investigations, as are the state security services.