A.P. Moller - Maersk has announced an order for another six large ocean-going container ships that can sail on green methanol. 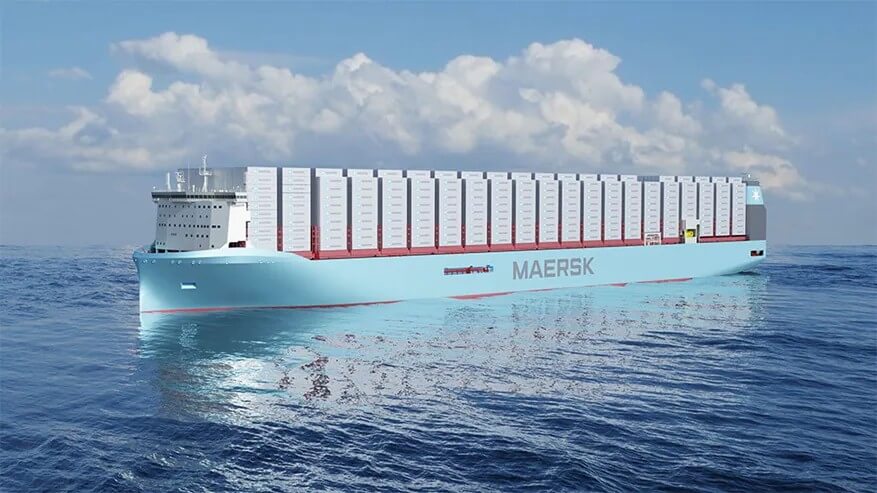 The six vessels have a nominal capacity of approx. 17,000 containers (Twenty Foot Equivalent – TEU), and shall be delivered in 2025.

According to Maersk, the ships come with dual-fuel engines able to operate on green methanol – corresponding to a combined saving of about 800,000 tonnes of CO2 emissions annually.

Hyundai Heavy Industries (HHI) are to build the vessels, which will replace existing capacity in the Maersk fleet.

“Our customers are looking to us to decarbonise their supply chains, and these six vessels able to operate on green methanol will further accelerate the efforts to offer our customers climate neutral transport. Global action is needed in this decade in order to meet the Paris Agreement’s goal of limiting global warming to a 1.5°C temperature rise.”

“Green methanol is the best scalable green fuel solution for this decade, and we are excited to see several other shipowners choosing this path. It adds further momentum to the rapid scaling of availability needed to bring down the premium on green methanol and accelerate the evolution of climate neutral shipping.”

Maersk has now in total ordered 19 vessels with dual-fuel engines able to operate on green methanol.

The Danish shipping giant added that when benchmarked against conventional fuel capabilities, additional capital expenditure (CAPEX) for the methanol dual-fuel capability is in the range of 8-12%, which is an improvement compared to when Maersk ordered eight vessels with the same technology last year.

Referring to this paragraph of Maersk’s press release on LinkedIn, renowned shipping expert Lars Jensen said the above was “particularly newsworthy”.

In his view, “a trend of reducing the excess cost for green vessels can only be seen as good news in terms of furthering the transformation of the industry.”