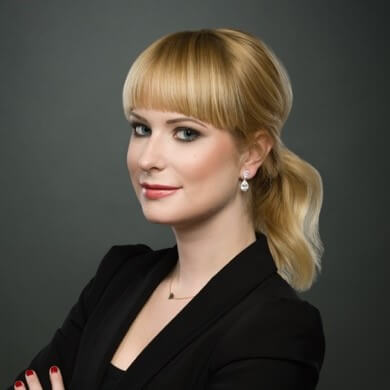 In the light of the damage the coronavirus has caused to global supply chains, questions arise how to minimalize similar crises in the future? Digitalization and increased visibility of supply chains can be the answer.

Expert discussions regarding short and long term improvements in supply chains appear to be dominated by opinions according to which the digitalization of data is crucial. This will allow both to significantly increase transparency and also vastly facilitate access to data at every stage of any given transport

Chaos comes from a lack of information

Increased visibility is useful not only in times of crisis but also in periods of stability and growth. So it will be a top priority also after we overcome the coronavirus and its challenges when the lockdowns will be lifted and worldwide production will resume. As it is now, the typical visibility within a given supply chain often does not exceed one-tier ahead, where a company that sells finished goods may not be aware of production or shipment schedules further up the chain.

Such circumstances are not only the result of lack of innovation but also of a lack of trust towards digitalized dataflow. This suggests that the first step towards moving to a digital and more transparent form of information flow in the supply chain must be to ensure data security for the involved parties.

There are situations in which the digitalization of data is not yet backed by the regulations, as is the case with the waybill where physical paper copies are required. If we are moving to fully digital workflows, shippers need to support these innovations and of course, changes must occur on two side – in law and in the business practice itself.

Another important aspect of the digitalization is the expenses which have to be paid for this progress. The current reluctance to change the way data is transferred also results from reservations regarding the allocation of significant resources to the transition process.

However, considering the preventive measures taken for COVID-19 safety standards, it becomes clear that businesses, where procedures were based mostly or entirely on paper, have suffered the biggest losses and disruptions. This proves that the process of digitalization can be seen as an investment instead of an unbearable burden. Especially so if the situation will reoccur with another outbreak in the near future.

Given both the problems and the potential profits resulting from increased visibility in supply chains, it can be said that currently, the most important tasks at hand are:

It is also important to make use of modern technologies to simplify access to information as much as possible. Tracking technologies used in real-time visibility platforms seems to be crucial in achieving assumed goals and ensuring the resilience of supply chains in future crisis scenarios.

As can be seen, the development of digitalization and real-time supply chain visibility offers global business a wide range of benefits. And it seems to be in many cases the answer to be previously unexpected problems we are facing now and probably again from time to time.

In addition to improving day to day data flow and increasing transparency at every stage of the supply chain, these actions can significantly increase the resilience of the system, which in the event of another crisis translates into measurable financial profits too.