Daimler Truck has said it has reached its next milestone on the road to sustainable transportation following the testing of its Mercedes-Benz GenH2 Truck fuel-cell prototype. The vehicle has been undergoing testing both in-house on the test track as well as on public roads. In addition, the company says it is putting another prototype into operation to test the use of liquid hydrogen. 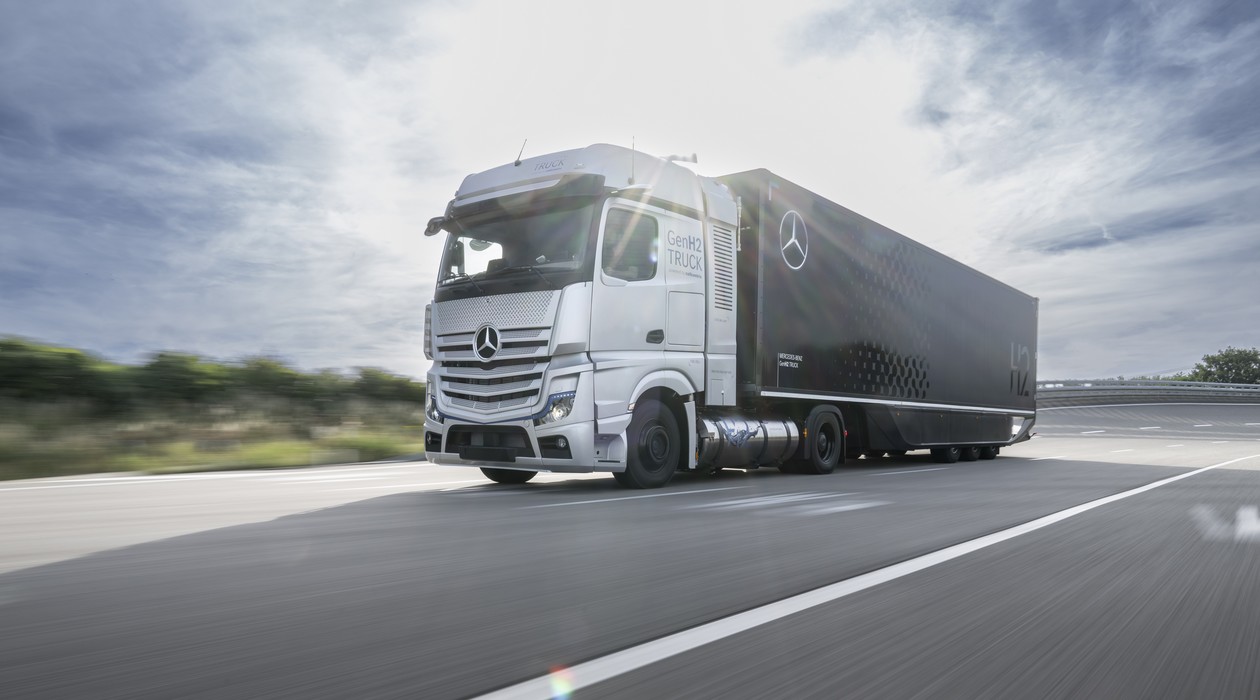 In a press release, Daimler Trucks said its newly installed prototype filling station at the development and testing centre in Wörth enables the refuelling with liquid hydrogen.

The development follows the company’s first successful liquid hydrogen (LH2) refuelling of the its hydrogen truck together with Air Liquide. During the refuelling process, cryogenic liquid hydrogen at minus 253 degrees Celsius is filled into two 40 kg tanks mounted on either side of the chassis.

“Thanks to the particularly good insulation of the vehicle tanks, the hydrogen can be kept at temperature for a sufficiently long time without active cooling. Daimler Truck prefers liquid hydrogen in the development of hydrogen-based drives. In this aggregate state the energy carrier has a significantly higher energy density in relation to volume compared to gaseous hydrogen. As a result, more hydrogen can be carried, which significantly increases the range and enables comparable performance of the vehicle with that of a conventional diesel truck,” writes Daimler Trucks.

The aim for Daimler Trucks here is for its series-ready GenH2 Truck to have a range of 1,000 kilometres or more. This, in Daimler Truck’s eyes, this would make the truck suitable for flexible and demanding applications, especially in the important segment of heavy-duty long-haul transport. According to the company, the start of series production for hydrogen-based trucks is planned for the second half of the decade.

At the same time, Daimler Truck says it is working together with Linde on the development of a new process for handling liquid hydrogen (“subcooled” liquid hydrogen, “sLH2 technology”). Among other things, Daimler believes this approach enables even higher storage density and easier refuelling compared to LH2. It is hoped the first refuelling of a prototype vehicle at a pilot station in Germany could be as soon as next year.

When it comes to infrastructure for hydrogen filling stations along important transport routes in Europe, Daimler Truck adds it is planning to work together with the companies Shell, BP and TotalEnergies. Daimler Truck is also a shareholder in hydrogen filling station operator H2 MOBILITY Deutschland. Moreover, Daimler Truck, IVECO, Linde, OMV, Shell, TotalEnergies and the Volvo Group have committed to work together to help create the conditions for the mass-market roll-out of hydrogen trucks in Europe as part of the H2Accelerate (H2A) interest group.