Continental AG, the German multinational automotive parts manufacturing company, shocked the industry with its latest press release. Their savings goals will be doubled due to the corona crisis. Originally the group wanted to reduce 500 million euros per year, now, the goal is twice as high. The expanded structural program is expected to affect around 30,000 jobs worldwide, including around 13,000 in Germany.

Continental employees did not expect such bad news. Instead of the 7,000 jobs that were mentioned as part of the saving program presented in 2019, 13,000 jobs in Germany are to be cut. To achieve the target and save a billion a year, 30,000 jobs have to be cut worldwide.

As announced last week in Hanover, the goal is to achieve gross annual savings now totalling more than €1 billion from 2023 onwards. The Hanover-based company is thus further increasing its previous savings target, which it has already announced on several occasions, by slightly more than €500 million. The reasons for this include the persistently low global vehicle production as well as the deepening economic crisis as a result of the coronavirus pandemic. The company does not expect vehicle production to return to the pre-crisis levels of 2017 before 2025.

The entire automotive industry is currently faced with enormous challenges. It has not experienced a larger, more severe crisis in the past 70 years. This crisis is hitting suppliers particularly hard. It will demand a lot from us in the short term and push us to our limits in the coming years. After roughly a decade of fast, profitable growth and workforce expansion in line with the growth model of the automotive industry at that time, we are now gearing our operations to a new kind of growth with future technologies. That is why we are in intensive discussions with employee representatives to find the most sustainably effective solutions and strike a balance with the interests of our workforce,” said Continental CEO Dr. Elmar Degenhart.

All central functions and business units are contributing to the targeted savings and optimizations at all locations in Germany and abroad. Subject to the approval by the Supervisory Board, the strategy includes the bundling of production, research and development tasks at the most competitive locations worldwide as well as portfolio adjustments.

Also, the company is pushing ahead with the automation of its processes, with for instance Industry 4.0, as well as providing greater work flexibility and cutting labour costs. Furthermore, persistently unprofitable business operations are to be sold.

Parts of this strategy will likely lead to the relocation or closure of facilities and operations at locations where costs are persistently too high, where technologies are becoming obsolete, or where production capacities cannot be utilized profitably in the medium and long term.

Overall, Continental expects that the planned changes from the ongoing structural program, which was initiated in September 2019 and has now been expanded, will all in all likely affect more than 30,000 jobs directly worldwide in the future. These will be modified, relocated, or made redundant. About 13,000 of those jobs are located in Germany and a further major portion in countries which also have high labour costs. 90 percent of the targeted adjustments should have been completed by 2025.

Continental currently employs more than 232,000 people worldwide, including about 59,000 in Germany. Between 2010 and today, following the previous crisis, the number of jobs at Continental grew by some 84,000 worldwide, about 13,000 of which were in Germany.

This does not take into account the number of jobs that will be created by contrary positive effects in the coming years, such as from the targeted growth in the future fields of mobility. These include technologies and software for digitalization, assisted and automated driving as well as zero-emission mobility. 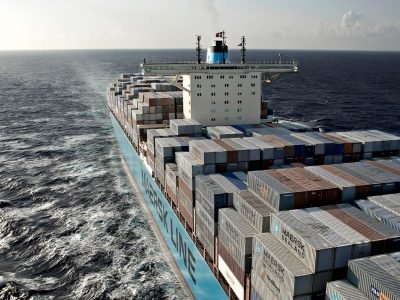 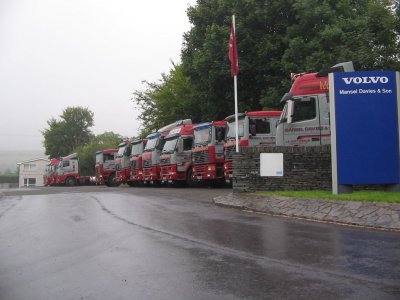 Employees of Mansel Davies and Son...