Dutch company Zero Emission Services has started emission free inland shipping transports using a barge that is powered using exchangeable batteries stored in shipping containers. Heineken has also become the first big name to turn to the service in a bid to lower the carbon footprint of its supply chain. 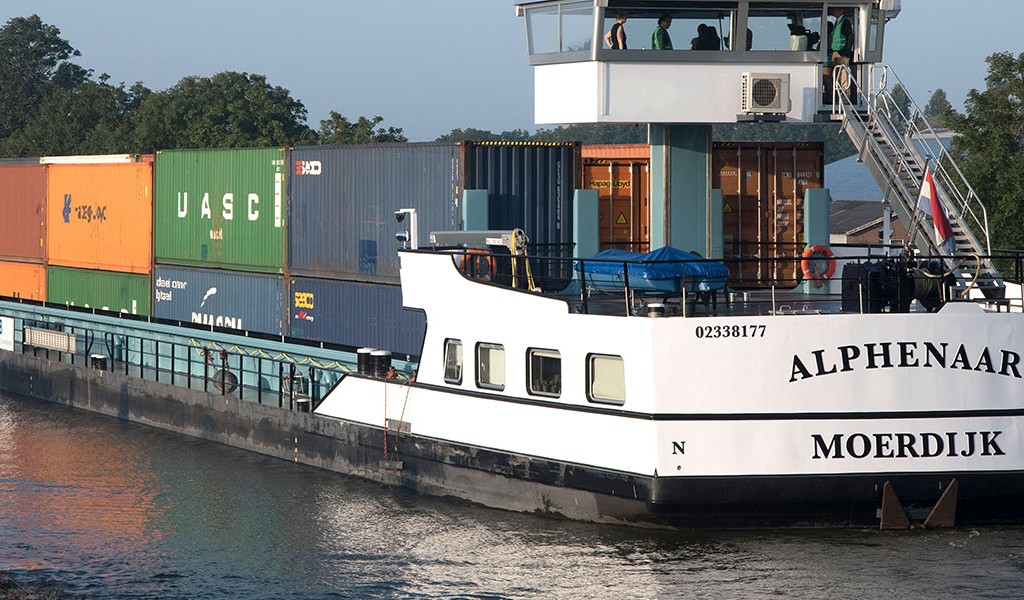 The innovative new service, which runs between Alphen aan den Rijn and Moerdijk, utilises what the company describes as ‘ZESpacks’ – standard 20ft containers filled with batteries that are charged with electricity from renewable sources.

The vessel used for the route, the Alphenaar, is loaded with fully-charged ZESpacks that are then exchanged at the first charging station at the CCT terminal in Alphen aan den Rijn. The swap allows for a swift turnover to take place, with no charging of the actual vessel required.

Zero Emission Services says it has ambitious plans to expand its offering too; it aims to have 30 zero-emission shipping routes in operation by by 2030.

The company, which was founded as recently as last year by ENGIE, ING, Wärtsilä and the Port of Rotterdam Authority with the support of the Ministry of Infrastructure and Water Management, has already secured a high-profile client in the shape of well-known brewing company Heineken.

Maarten Koudenberg, Heineken’s senior director of supply in the Netherlands, believes that the zero-emission inland-shipping transport offered by Zero Emission Services will help Heineken achieve its goal of having a carbon-neutral supply chain by 2040.

Zero Emission Services adds that its charging stations can act as energy hubs that can stabilise the grid during peak loads, as well as act a place for other electric vehicles to charge. Moreover, the company says its ZESpacks can be used to supply and store energy at all kinds of locations, including construction sites and festivals. Each ZESpack has enough energy to charge 36 electric cars.