Pallet network Pall-Ex has announced it has received an Employer Recognition Scheme (ERS) Gold Award from the Ministry of Defence for its support of the Armed Forces community. 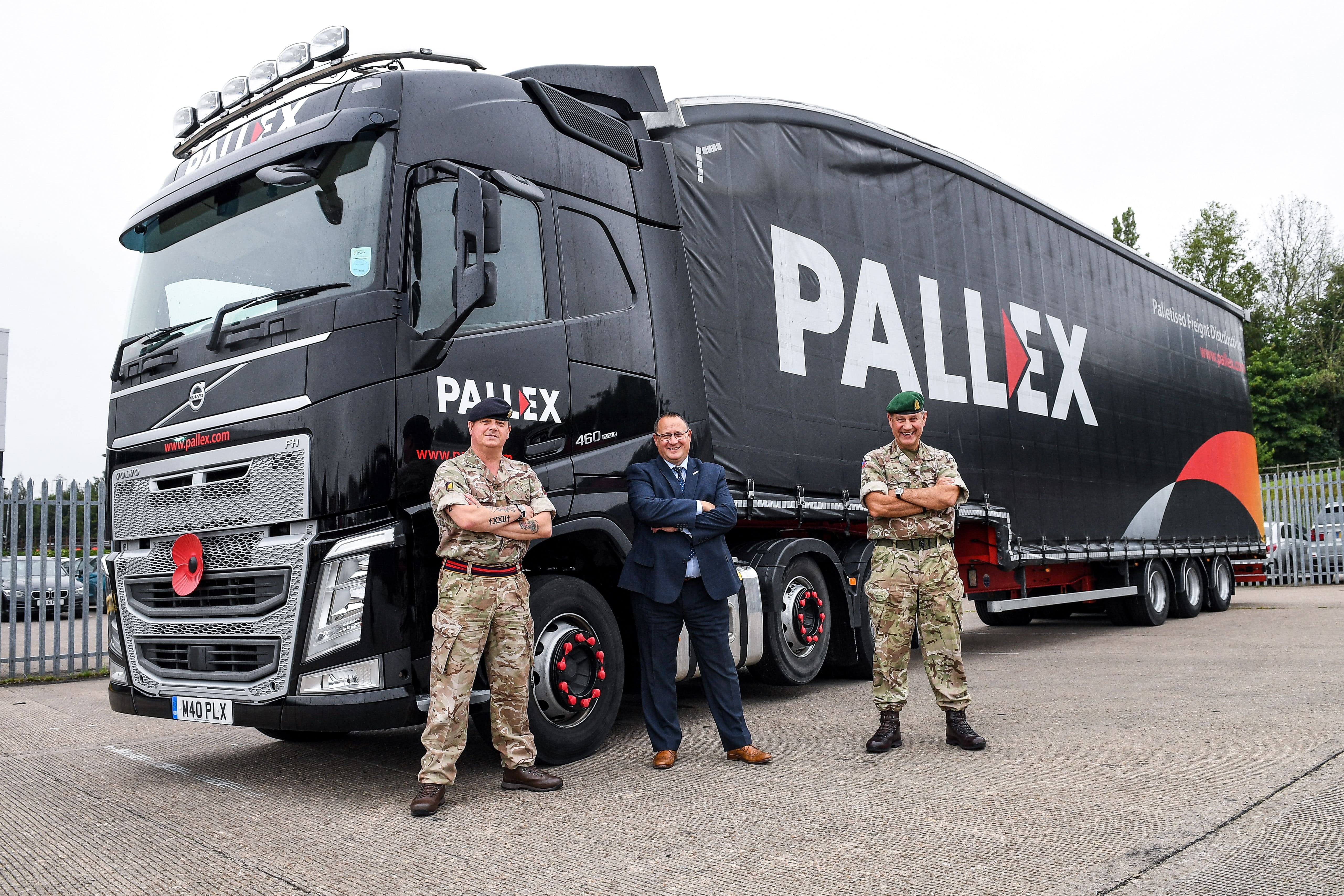 The company has been awarded the coveted accreditation due to its on-going work to support ex-military personnel via training, careers and charity fundraising.

Pall-Ex is one of three organisations in Leicestershire to achieve Gold in 2022 and the only pallet network to gain the highest badge of honour. Only 18 organisations in the East Midlands have received the Gold award this year for their support towards the Armed Forces community.

Pall-Ex says its efforts have been recognised as outstanding because of its forces-friendly commitments, including enhanced leave for Reservists and Cadets, and supporting veterans’ mental health charity Combat Stress.

Pall-Ex has also promoted the Armed Forces Covenant to its pallet network members of independent hauliers, with 22 having already signed their commitment and started their journey to become Gold accredited.

“This is a proud moment for the Pall-Ex team, who have worked collectively to develop policies that actively support ex-military personnel and their families. The Gold award highlights the efforts of everyone across the Pall-Ex network to help veterans access training opportunities and find new, rewarding careers outside of the Armed Forces. Many of our staff have joined us following successful careers in the Royal Navy, Army or Royal Air Force, and we recognise that they bring important skills to our operation and our team. I would also like to thank everyone at Pall-Ex for going above and beyond to support our charity partnership with Combat Stress, we raised over £35,000 last year for their mental health support services.”

“We are thrilled to achieve this rare accolade; only 500 UK employers out of around six million are awarded Gold and about 40% of East Midlands initial applications did not make the final list, so this really is an outstanding achievement for everyone at Pall-Ex. We are indebted to all Armed Forces personnel for the contributions they have made to protect our country, so we are incredibly proud to be an organisation that supports the community and provides new opportunities for those adapting to civilian life.”

“We are absolutely thrilled that so many local companies have been recognised with this Gold Award. It has been a difficult couple of years for businesses, and despite that, these organisations have gone above and beyond to ensure our Armed Forces community is supported. Pall-Ex should be very proud of this significant achievement.”

Pall-Ex first reached bronze status in 2019, followed by silver accreditation in 2020 and has implemented practical policies from its Coalville hub to promote roles in logistics to those who have previously served in the Armed Forces and their families.