Members of the European Association for Shipping, Transport, Logistics and Customs Services CLECAT are disappointed by the decision of the Council of the European Union. According to the organization, the provisions of the Mobility Package will not protect employees in the transport industry nor will they guarantee fair competition on the European market.

The European organization CLECAT, which brings together unions in the transport, forwarding and logistics sectors, appealed to the Member States in November to reject the request of the Austrian presidency regarding lex specialis and to completely exclude international transport from the provisions on posting.

When an agreement was reached at the beginning of December in the Council of the EU, involving transport by the provisions on posting, CLECAT issued a further statement full of criticism.

In the organization’s opinion, „the Council’s General Approach in no way responds to the need for simple, uniform, clear and easily enforceable rules which would facilitate transport operations, protect the workers employed in this industry and ensure a fair competitive environment.” It is just the opposite.

Industry Disappointed by the Council’s General Approach on Posting https://t.co/ADGvSa6zOA

Negative consequences of the Mobility Package

Organizations belonging to CLECAT warn of the negative consequences of this approach, which will put an end to the efficiency and environmental benefits achieved by European road transport thanks to the single market.

According to them, the Council’s agreement in no way corresponds to the complexity of today’s transport activities.

The agreement of the Council by no means responds to the complexities of today’s transport operations. Intra-EU trade has developed beyond bilateral import/export trade and so have EU’s transport systems. Excluding bilateral transport plus 2 operations through the same Member States is far from sufficient to guarantee a well-functioning internal market for road transport,'” reads the CLECAT communication.

If the regulations come into force in the form in which they were adopted by the EU Council, they will only cause unnecessary empty runs, limit the flexibility and mobility of employees, thus affecting the entire EU economy – the organization believes. In addition, they will reduce the productivity of employees and increase administrative costs, which may be a heavy burden, especially for small and medium-sized enterprises.

CLECAT members also criticized the agreement on cabotage. They point out that although the Council’s aim was to simplify the regulations in this area, it was decided to tighten them, introducing, inter alia, Grace period. This in turn, according to the union, will contribute to even greater efficiency losses, capacity gaps in road freight transport and reduce employment. 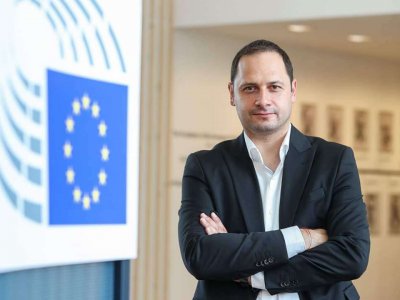