End of the era of traditional forwarders. Convoy has achieved full automation of the intermediary between the carrier and the shipper. 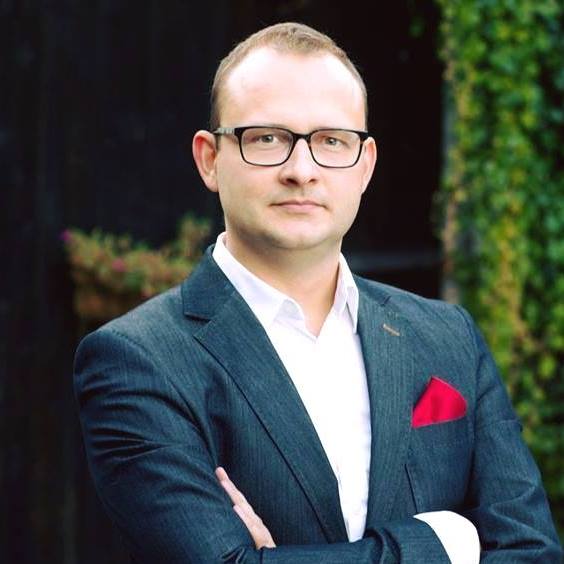 The American digital shipping company has announced that on the most popular routes in the United States, it has reached a state where 100% of its cargo is valued and assigned to carriers automatically, with no human intervention.

Already in February 2019, the company announced that its algorithms can connect both sides of the transaction with 100% accuracy. Now the order pricing has also been automated. The whole process usually takes a few minutes, compared to several hours for manual work. Convoy estimates that a traditional forwarder needs on average to make about 10 calls or send as many emails to complete a similar transaction.

The solution eliminates the most time- and cost-intensive element of forwarding work, that is ‘hanging on the phone’. This application of technology allows Convoy to enter a level of productivity that is unattainable for traditional forwarding based on manual work. 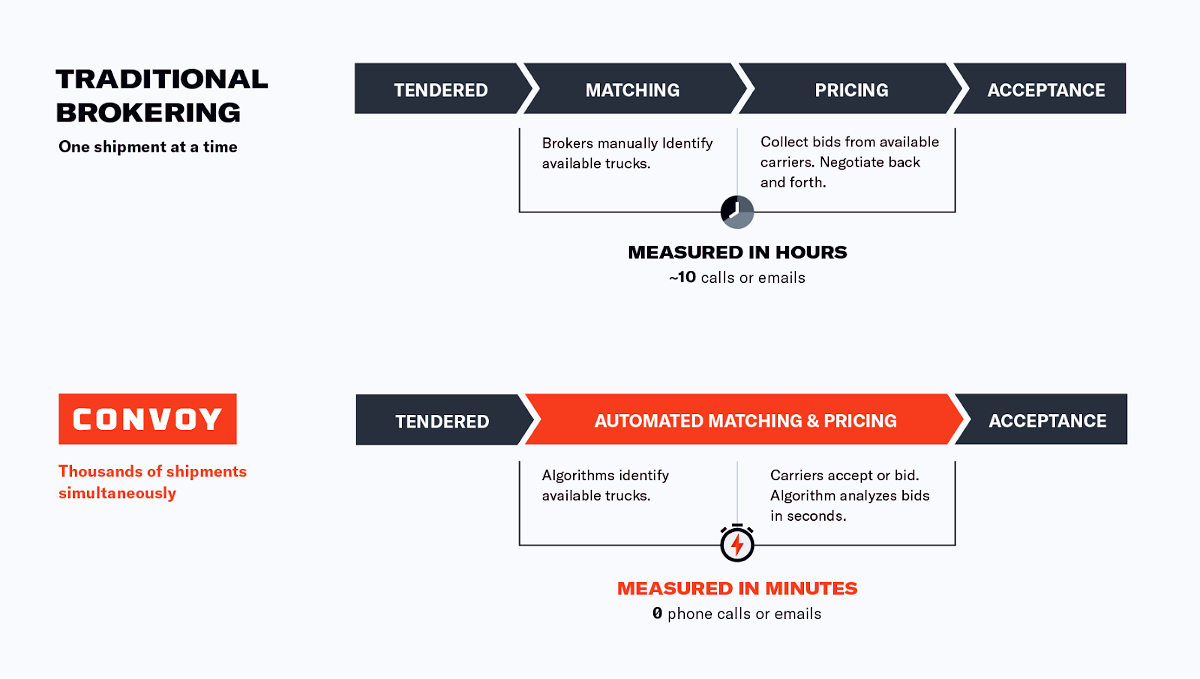 Automation works in two ways. In the first solution, the algorithm calculates the proposed freight price and links the freight with carriers who have previously defined the rate at which they will take an order. Alternatively, a carrier may take part in an auction and offer its price for a particular transport. The algorithm collects all these data on carriers’ decisions and estimates future rates on the basis of them. All this can be done from the application level without having to call or write to the Convoy forwarders.

Convoy has achieved this impressive result in 3 years

Convoy basically works like a traditional shipping company. Unlike Uber Freight, whose role is limited to being an intermediary application, it employs about 25 traditional shippers. However, none of them will lose their jobs due to process automation. They will be able to focus on coordinating more complex transactions or business development by acquiring new carriers or new routes.

This is a fundamental difference compared to traditional forwarding, where people’s time and abilities are wasted on repetitive activities that can be handled by algorithms. Still, conventional forwarding companies, especially small and medium-sized ones, do not have enough technical background to create a solution able to compete with digital forwarding. Nor do they have access to data from a broader market area that could fuel these algorithms. The lifeline for traditional forwarding seems to be the implementation of ready-made logistics platforms, giving them ready-made tools based on logistics 4.0 solutions fed by data available on these platforms. 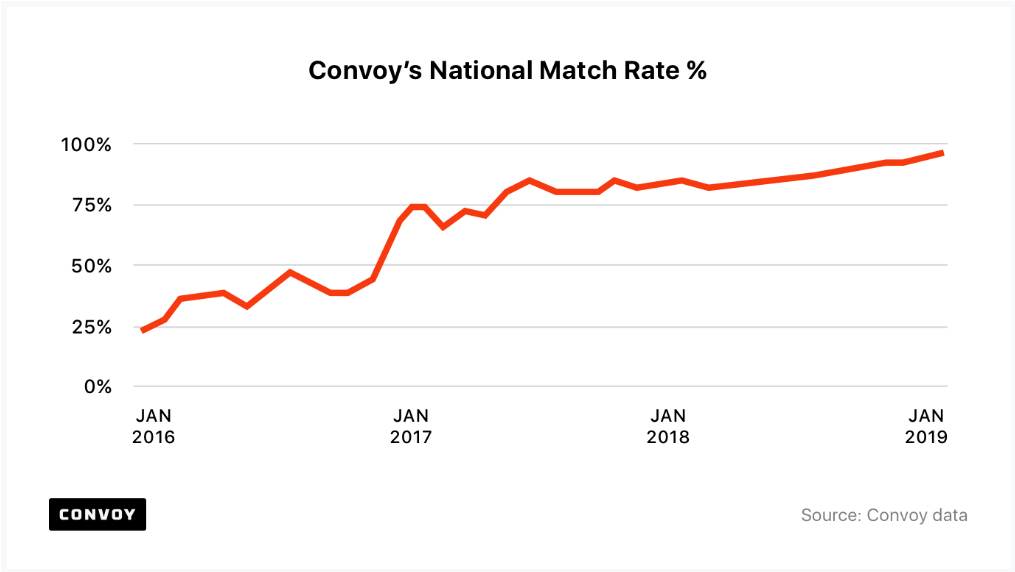 Access to data is key to the effectiveness of cargo matching and pricing. Convoy achieved this 100% result on the most popular domestic routes, about which it has the most information (about carriers’ practices and rates). On a nationwide scale, the automated matching capacity is (still impressive) 95% and has been achieved by the company in the 3 years of its existence.