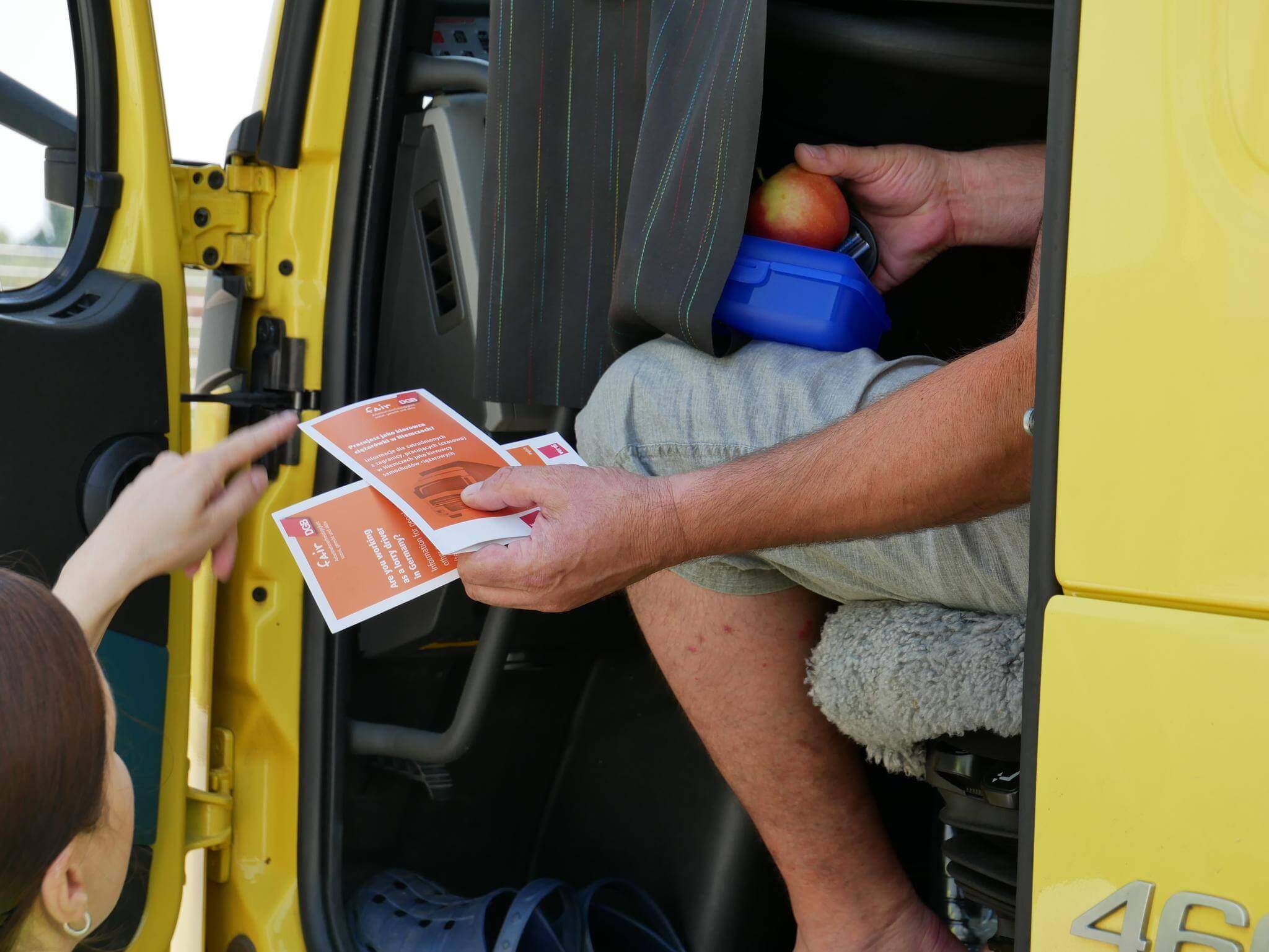 Around 4 million professional drivers work on the roads of the European Union every day. Many of them are separated from their families for weeks, have to do with overcrowded motorway parking lots and are paid miserably.

This mainly affects transport companies from Eastern European countries that are commissioned by large logistics companies from Germany, France or Belgium. The “Faire Mobility” initiative draws attention to the fact that where drivers are entitled to higher minimum wages for journeys in Western Europe, wage fraud occurs every day. And is actively committed to ensuring that truck drivers who travel to Germany are not pushed into exploitative and inhuman conditions.

Since mid-2017, Faire Mobility has informed more than 4,000 drivers about their rights in Germany. This project in the transport sector is supposed to be under the motto “Equal pay for equal work – on the same motorway!” to be continued until the end of June 2021. So far, 72 information campaigns have been carried out at rest stops and truck stops throughout Germany and in the border area with Poland, the Netherlands and Denmark. Fair mobility consultants can communicate with drivers in Eastern European languages.

According to the initiative’s report, the discussions held so far show that many drivers do not know what rights they are entitled to. It is still common among them that they are only subject to the labour law of the country in which they signed their employment contract. Another big problem is that drivers have no knowledge of the statutory minimum wage that applies in Germany and that applies to them when they are travelling in Germany.

The initiative considers the case of a Czech driver to be one of the greatest successes, who regularly drove for Deutsche Post AG on behalf of a Czech company. He had received the Czech minimum wage of 450 euros a month – plus expenses of 1,000 euros – although he would have been entitled to the German statutory minimum wage. Because of the advice from Faire Mobility, the driver decided to file a suit against Deutsche Post AG. Since the company wanted to avoid a decision in principle, it was prepared to make an additional payment based on the minimum wage in Germany. This case has been widely received, especially in the Czech Republic, and has developed enormous appeal.

Suggestions for improving the situation

The political responsibility for the project lies with the DGB federal executive committee. It is funded by the Federal Ministry of Labor and Social Affairs and the DGB trade unions. Nine counselling centres have been set up across Germany where mobile workers can be informed and supported in their national languages ​​in terms of labour and social law.