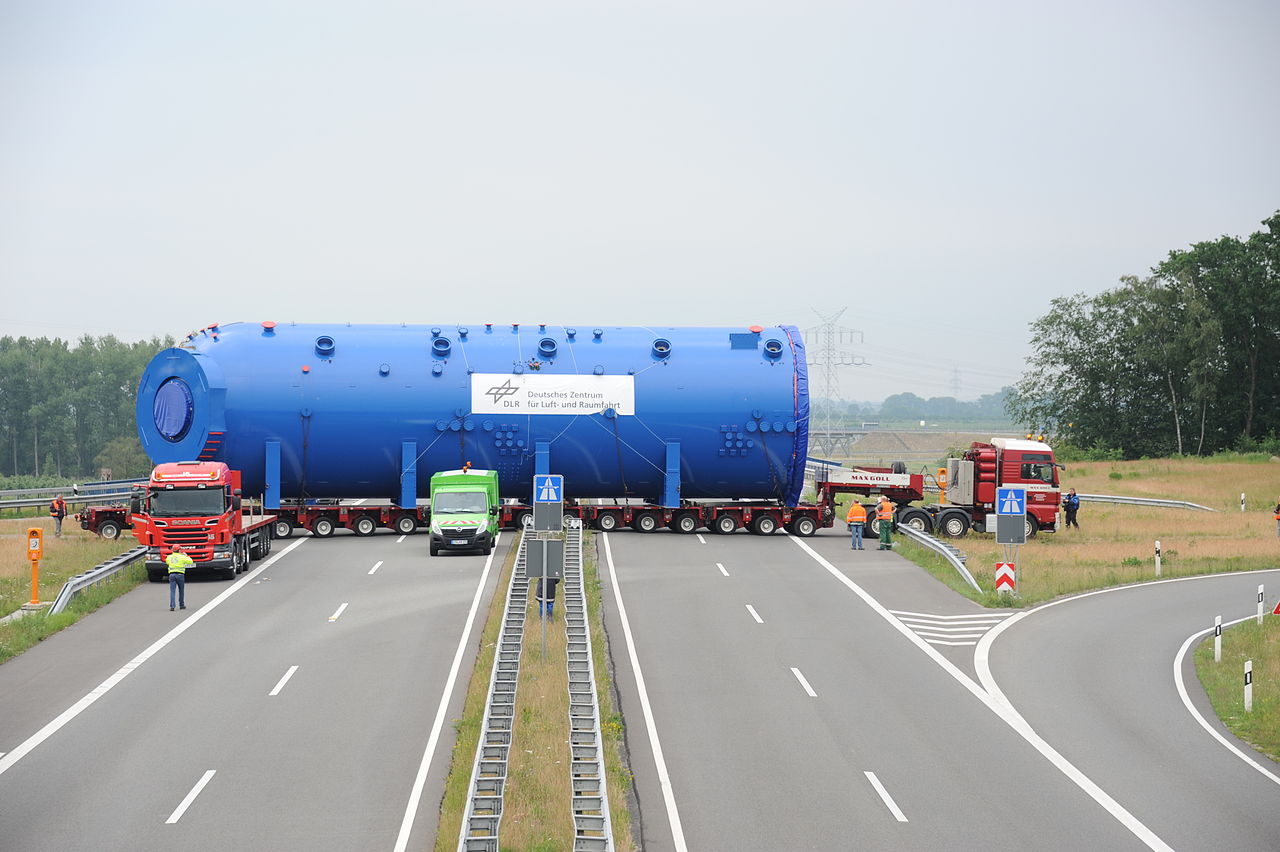 German regulations on oversized transport are very controversial among carriers and drivers from other countries. The way in which inspection services in Germany have enforced the requirement for a German-speaking person to take part in such transport raises plenty of emotions. The EU Transport Commissioner has declared that she will address this issue.

The penalties that the inspected drivers receive due to the lack of knowledge of German during oversized transports can be severe. We wrote about the case of a trucker from Italy, to whom the Germans gave a mandate of €5,000 for this reason. Cases like these, among others, were the reason for the question that Danuta Jazłowiecka, MEP, sent to the EU Transport Commissioner, Violeta Bulc.

Jazłowiecka pointed out that oversized transport is not regulated at the European level, which is why carriers often face different requirements in different Member States and numerous administrative barriers. One example is our western neighbours, where the Administrative Court in Manheim decided that drivers and crew of oversized trucks or combinations of vehicles must speak German.

“In accordance with this decision, the obligation for drivers carrying out oversized transport in Germany to have knowledge of German was added to the obligation of obtaining permits for transport oversized in terms of length, width and weight,” wrote Jazłowiecka in her question.

The MEP asked the European Commission whether such a requirement is compatible with EU law and whether it does not unduly restrict the freedom to provide transportation services within the Community.

“I have also received signals from representatives of the transport companies that this requirement is being abused by the supervisory authorities. The decision states that a person ‘who is sufficiently able to communicate in the German language’ must be present during all transport operations. Meanwhile, perfect knowledge of the German language is often required from the entire crew (not just one person). Is the European Commission aware of such practices? Has it received similar signals before?” – this is what Jazłowiecka writes in her question.

The MEP also wanted to know if the European Commission plans to take initiatives to regulate oversized transport or to assess the administrative requirements in the Member States.

Violeta Bulc, EU Transport Commissioner, answered the question on behalf of the European Commission. The Commissioner acknowledged that, according to settled case-law of the courts, the language requirement may constitute a restriction on the free movement of workers and services and on the right of establishment.

“Such a requirement can only be accepted if it pursues a legitimate objective in the public interest, is appropriate to ensure the attainment of that objective and does not go beyond what is necessary to attain it,” Bulc replied.

The Commissioner adds that the European Commission has doubts whether these requirements have been taken into account in the ruling of the German Administrative Court in Mannheim.

“When assessing the necessity and proportionality of a language proficiency requirement, it may be necessary to consider whether the use of another language spoken by the parties would not be sufficient and more proportionate,” she adds in response to the question.

For the time being, the only consolation for carriers and drivers can be a declaration that Brussels will ask the German authorities about this and then decide whether to take further action. It is worth remembering that, in accordance with the provisions of Directive 96/53/EC, Member States should decide in a non-discriminatory manner on the issue of a special permit for oversized transport.