The Council of the European Union wants all carriers that perform international transport to be subject to the obligation to equip their vehicles with smart second-generation tachographs from mid-2024. For now, we know what are the two features that these devices will have. One of them, as we learned from experts, is a big problem for the legislators.

Smart tachographs are the future of transport in the European Union. Their first version will be required in all new vehicles that perform transport services from June 15 this year. It turns out, however, that this is just the beginning. The governments of the member states want carriers to install even more technically advanced devices five years later.

Notification of the crossing of borders

First of all, smart tachographs of the second generation will monitor the moment of crossing the state border.

The introduction of the border crossing marker is intended to help clarify the moment when the driver can be considered as subject to, for example, other regulations in connection with the fact of working on the territory of a given country. With a certain degree of certainty, it can be stated that such a tag will be automatically saved, informs the Polish Main Inspectorate of Road Transport (GITD).

Tachograph manufacturers declared their readiness to introduce the first of the functionalities (ie monitoring the moment of crossing the state border – ed. note) in 2021 or 2022. The device would implement a boundary map, where automatically – without the interference of the driver – border crossing data such as time or geographical coordinates would be recorded,” informs Piotr Żółta, the main expert of INELO.

As you can see, the second generation of smart tachographs will go a step further in collecting data than the first. Recall that this allows you to automatically save GPS coordinates when the driver starts or finishes. As well as every three hours while driving. As GITD explains, these solutions are to counteract manipulations in the digital tachograph system associated with „concealing” driving time and „increase the ability to monitor and detect the fact of the driver’s work on the territory of a given country”.

However, this is not all. Smart tachographs of the second generation will also monitor the time and place of loading and unloading.

At the moment it is not known whether this functionality will automatically mean the moment of loading or unloading. However, it seems more likely that such functionality would involve the intervention of a driver which, however, will exclude automation. It can be easily implemented on the principle of using similar markers that are currently used by the driver, eg to mark a ferry crossing,” reports GITD.

For now, however, specialists from the European Commission are looking for solutions that would make this automation possible.

One of the proposals is to use axle load sensors that would determine the moment of loading or unloading the vehicle, and the map in which the tachograph is equipped at that time could indicate the location of these activities. However, discussions are still ongoing to determine the most favourable way of registration of such data,” reveals Piotr Żółta.

Smart second-generation tachographs would be required for vehicles in 2024, although experts estimate that they may be ready much earlier, in three years. And already then assembled in new trucks. For now, however, it is crucial to complete the work on the Mobility Package, which will include rules on working time and driver’s remuneration.

Experts praise the quest for the most effective fight against tachograph manipulations, which is to be simpler with technologically advanced devices. They warn, however, that even honest carriers have something to fear. Simply put – costs.

A legal solution is planned to introduce a deadline (probably no later than at the end of 2024) to apply tachographs of the second generation when performing international transport operations. Therefore, it may turn out that after this time it will be necessary to have a maximum 5-year old fleet when performing international transport.Otherwise carriers will need to replace the tachographs in older vehicles for „smart” – 2nd generation, or 1st, but updated to the second generation,” notes GITD.

And as experts estimate, replacing the tachograph is not a cheap operation. One such device can cost from 500 hundred to 1000 euros. It can be added to the consolation that manufacturers of these devices are considering together with politicians the possibility of introducing new system updates in smart tachographs so that you do not have to buy a new device every few years. 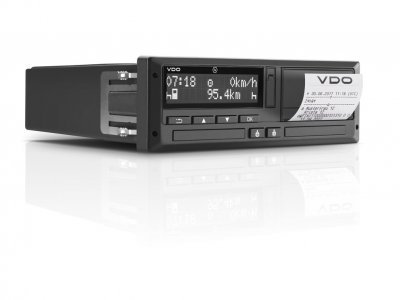 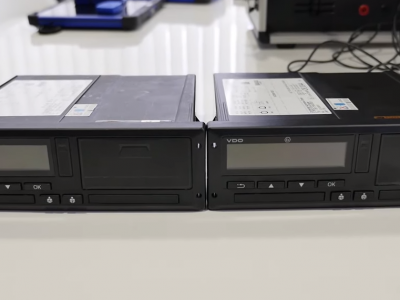