A Conservative MP's call for Kent County Council to be allowed to clamp trucks in laybys again has been shot down by a former lorry driver who campaigned for the clamping to end. Ex-trucker Sebastian Barrow has described the claims in MP Helen Whately's letter to the Department for Transport as “totally wrong" and “laughable". 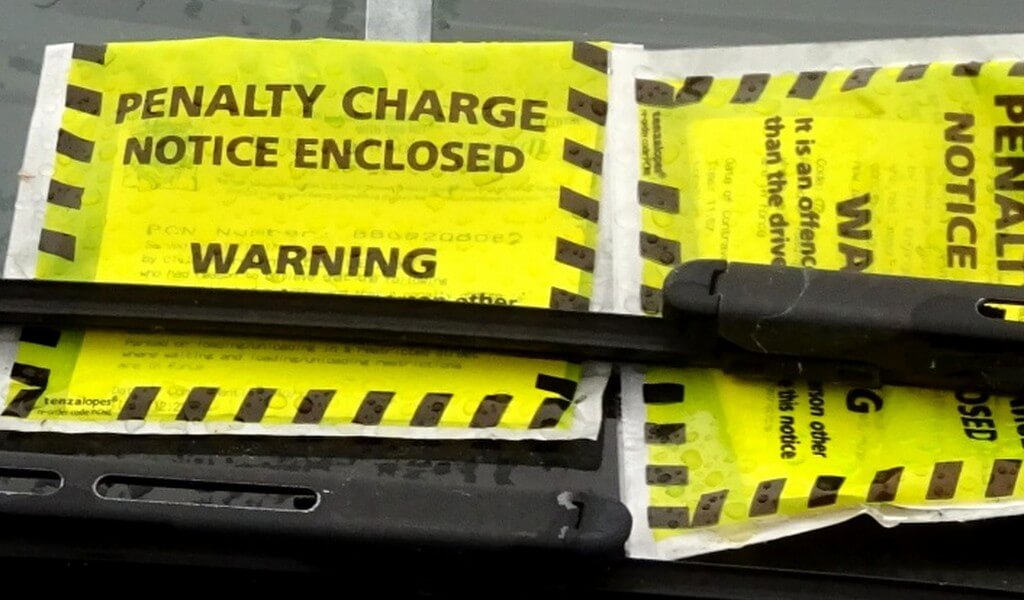 In the letter, excerpts of which were published by the Downs Mail, Faversham and Mid Kent MP Helen Whately claimed that Kent County Council’s ability to clamp trucks was helping with traffic flow in the county.

Whately, who is also the Minister of State for Social Care, added that some of her constituents believe that an end to the clamping powers risks “recent progress in stopping lorries from parking illegally” being undone.

“These powers have been a great help to KCC in tackling the problem of lorry fly-parking and keeping traffic flowing along Kent’s roads. I understand the powers were used 5,528 times by Kent County Council, with 77% of drivers being from outside the UK. KCC has said it will continue to do everything it can to protect communities from illegal HGV parking, but there is disappointment that their request to have these powers extended was not accepted. While problems with lorry fly-parking risked being made worse by the transition period coming to an end, there has long been frustration in Kent about lorries parked dangerously in laybys and lanes. There is concern from some of my constituents that recent progress in stopping lorries from parking illegally risks being undone by the decision not to extend these powers.”

Eddie Powell, Chairman of Harrietsham Parish Council , also showed frustration over the Department for Transport’s decision to end KCC’s power to clamp trucks parked in Kent laybys. He is quoted as saying “I have this problem right on my doorstep and it will return. There is no deterrent now. Crazy.”

In response to the aforementioned report, including Whately’s letter to Rachel Maclean MP at the Department for Transport, former lorry driver Sebastian Barrow has published a detailed statement trashing some of the claims made by MP Helen Whately and Kent County Council.

In his open letter, Barrow accused the Minister of State for Social Care of distorting the truth in the press, and rubbished suggestions that clamping trucks in Kent laybys helps with traffic flow.

The former truck driver also described Kent’s HGV parking ban as “ill thought out and badly implemented” before asking the MP how her constituents would feel if no goods were delivered to shops. In addition, Barrow called for the Faversham and Mid Kent MP to back Moto’s plan to build a new service area in Wrotham.

Before signing off, the ex-lorry driver suggested that Whately has “no knowledge about the haulage industry” and simply wrote the letter to raise her profile, which he says is “pretty poor at the moment”.

Mr Barrow’s letter can be read in full below:

You certainly know how to get all your facts totally wrong and distort the truth in the press. Let us get one thing clear from the outset. The KCC clamping scheme had absolutely no bearing on traffic flow throughout the County! If you can answer this question, then you will be the first to do so as KCC and Dft have failed from day one of the original ban. How does an HGV parked legally in a lay-by or Industrial Estate have any effect on traffic flow? I will bet you a pound to a penny that even you will not answer this! Remember, I led the drivers' campaign alongside RHA and Logistics UK to have the clamping stopped so I do know what I am talking about.

So, the root of the problem is the nuisance factor of having these trucks parked up as they are doing their job of delivering the very goods needed to keep not only Kent but the whole of UK going. And as for your comment while problems with lorry fly-parking risked being made worse by the transition period coming to an end, there has long been frustration in Kent about lorries parked dangerously in laybys and lanes this is laughable and you have only copied comments that had been made by certain KCC councillors. Then show me where the transition period made any difference. And let us remember that no HGVs were parked illegally until KCC came along with their ill thought out and badly implemented ban! How many of your constituents have actually complained and about what? Where do they live and how has this parking impacted on their lives? Have they bought properties in the knowledge of where the main roads and lay-bys are located? How would they feel if they knew that their rates supported this loss-making scheme or no goods were delivered to their shops?

You as an MP should be pushing the Government and KCC to ensure there are enough parking spaces in safe and secure parking areas before shouting the odds. And as you may be aware, Moto are planning to build a new service area in Wrotham at the meeting point of the M20 and M26. Already the complainers and NIMBYs are out in force. Your job should be to ensure that this is accepted by the authorities and built asap. Otherwise you are just part of the problem and do not deserve to your position. Quick enough to criticize but not quick enough to help remedy a dire situation. The clamping scheme was just a cop out from facing the truth of the matter regarding HGV parking, and that is more parking is required. Not tomorrow, not next year but now and the sooner you all realise this the better for all concerned.

I would even go as far as to suggest that you have no knowledge about the haulage industry and this is just a way to raise your profile, which, I hasten to add, is pretty poor at the moment. You need to go out and meet the hauliers and even actually go out for a ride along to see what the job is all about. Get off your high horse and see what the problem is from a driver’s point of view. The fact that HGV parking spaces are full by around 17.00 and the next option is parking in a lay-by or close to civilization in order to get a pie and a pint.

At a time when there is a chronic shortage of drivers and it is necessary to tempt people to come into the driving grade and you then bring up this subject again! The quickest way to put them off is worrying about parking/clamping on top of pay and conditions. Really that is unbelievable and your time as an MP should be spent in finding ways to improve the parking scenario and not start vilifying drivers just to score political points. By the way, in the picture shown in the Downs Mail article, what is actually wrong with that parking? It is clearly off the road and out of other road users' way. But no doubt you will say different.