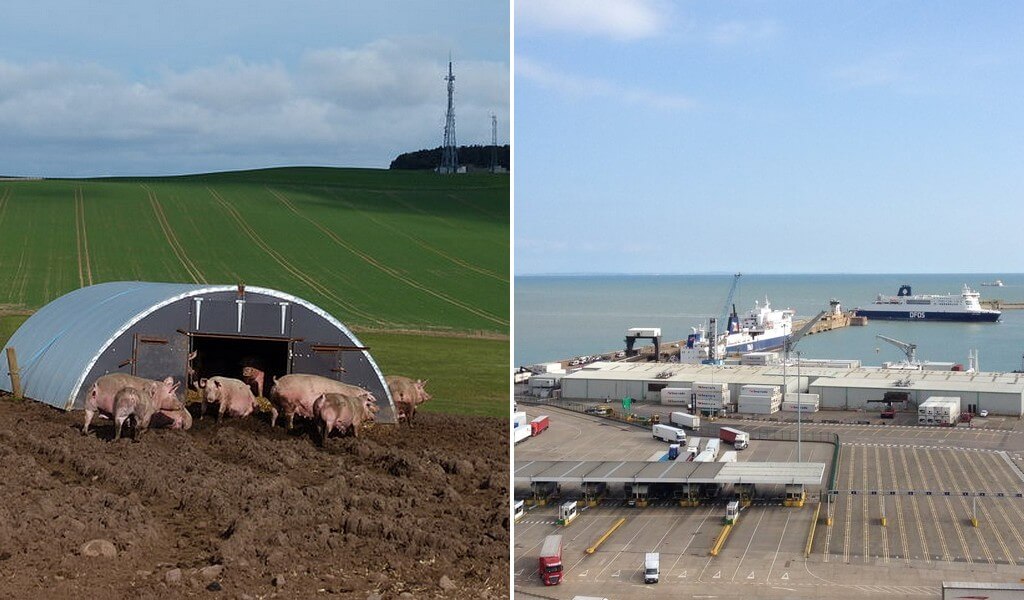 The National Pig Association has said the current imbalance between the UK’s pork imports and exports poses a “serious threat” to the country’s pork industry.

The comments were made by National Pig Association (NPA) Chairman Richard Lister in a letter sent to the UK Environment Minister.

According to the Financial Times, the letter says that “higher costs, falling prices and a shrinking market” are creating a situation whereby most “pig processors expect to enter a loss-making situation in the first quarter of 2021”.

The NPA say the export/import imbalance is a result of the EU not introducing a grace period that allows trucks to flow through customs more easily. The UK has introduced such a grace period, which is making things easier for imports into Britain.

The letter adds that this issue, combined with Covid-19, presents a real danger to the industry:

On top of that, the NPA claim that vets are struggling to deal with the huge volumes of paperwork required to complete the necessary health certificates.

One pig farmer even told the FT “If we don’t get this trade flow issue sorted out then we’ll lose these markets that have been around all my lifetime.”

Earlier this month, an NPA press release summarised some of the problems they had experienced since the end of the Brexit transition period:

The letter from the NPA comes just days after a haulier specialising in the transportation of meat products openly vented its frustration over the UK/EU border arrangements on Facebook.

It is not just pork processors that are having trouble exporting goods to the EU either.

Scotland Food & Drink boss James Withers has revealed that an exporter of Scottish Salmon has had to abandon her EU customers due to £100 per-order customs-related costs.

BREXIT COSTS
This, below, chimes with a food exporters meeting last night.
One example: £500-£700 new bureaucratic cost for a £2,000 order to EU
One exporter: “It’s now cheaper for us to send product to China than to send it 30 miles over the English Channel.” https://t.co/8gpKYVo9O9

Earlier this week, another Scottish business also highlighted its concerns about EU exports.

Alistair Wilson, co-founder of Isle of Skye Distillers, told their local newspaper that exporting their Misty Isle Gin has been a “nightmare” post-Brexit.

Wilson explained that even his haulier, who has 30 years of experience transporting goods internationally, didn’t know what was going on.