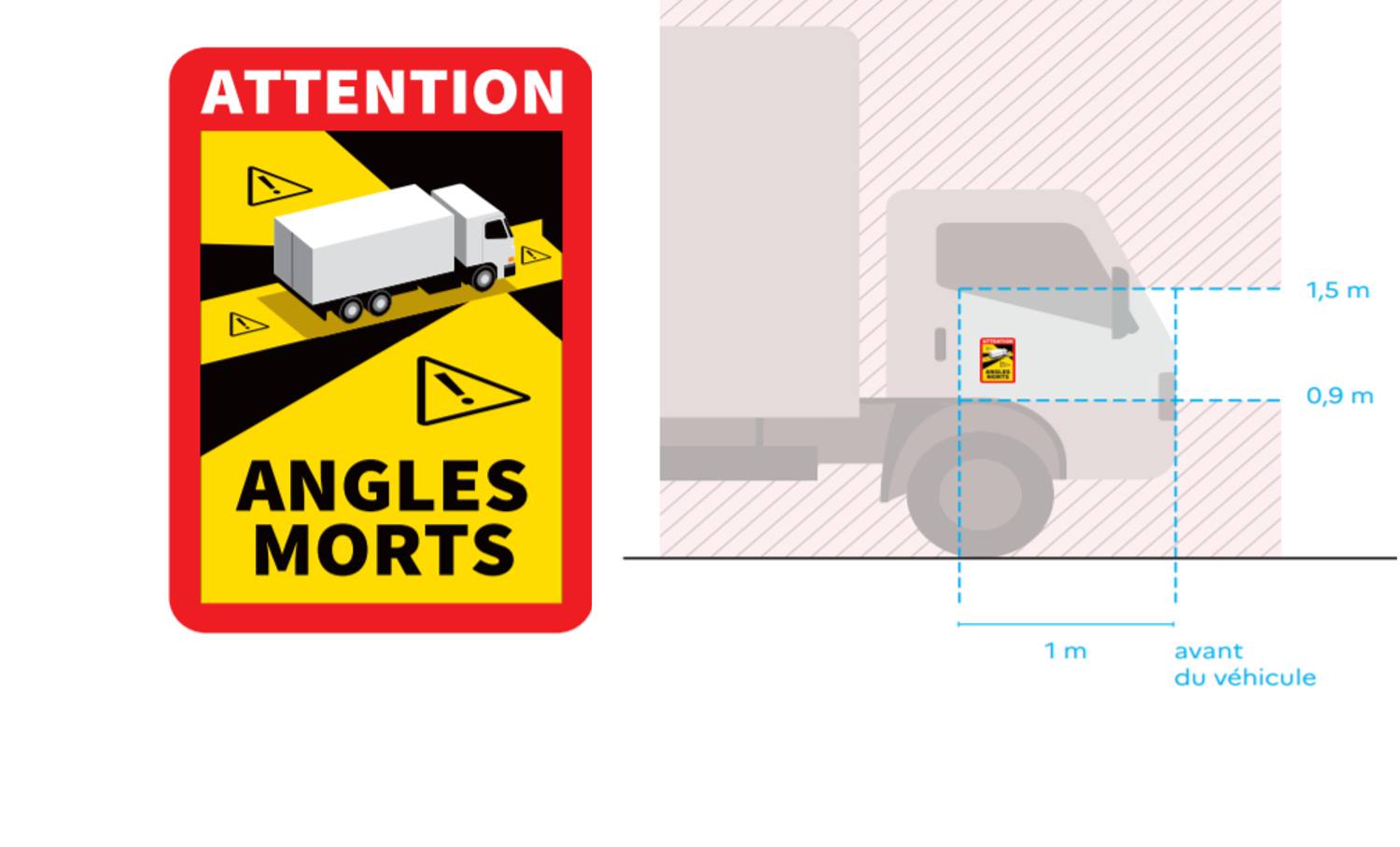 The grace period for compliance with France’s hugely unpopular blind spot sticker requirements ends today. Transport associations across Europe continue to lobby against the stickers, but as it stands, they remain mandatory.

For those not yet familiar with the new rules, all heavy vehicles in operating in France (both goods and passenger transport vehicles) must be fitted with a sign to inform others about blind spots. Failure to comply with this obligation may result in a 4th class fine, which is usually €136.

The French government has published details on where to stick the signs, and you can find all you need to know about the rules in this Trans.INFO guide.

The new regulation already applied from January 1st, but the strict appliance of fines for non-compliance only kicked in today due to the end of the grace period. 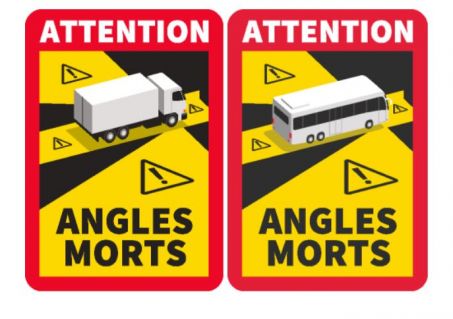 The ugly stickers have been almost universally disliked by the road transport sector across Europe. Road transport associations in the Netherlands and Germany want the new rules scrapped, while many French hauliers have been equally unimpressed by the stickers.

Erik Maassen van den Brink, manager at Dutch Transport company Bolk, which operates at least 10 vehicles a day in France, argued back in February that the stickers don’t serve safety:

If this serves safety, we have nothing against it. On the contrary, we’d be all for it. But this regulation has been rudely introduced by the French, and you can really question its effect on security.

Maasen claims that many buses and trucks are already full of advertisements. As a consequence, by the time people see the blind spot sticker, the accident has already happened. The transport boss also believes there are many large transportation vehicles that companies cannot easily fasten the stickers to.

Several other hauliers operating in Europe have spoken out against the stickers too.  Templar European Logistics, for example, labelled them stupid.

In the last month or so, parody versions of the stickers have been seen on social networking pages across Europe. In the Netherlands, a sticker was created with the slogan “buy yourself a pair of glasses and lick my a ****.” 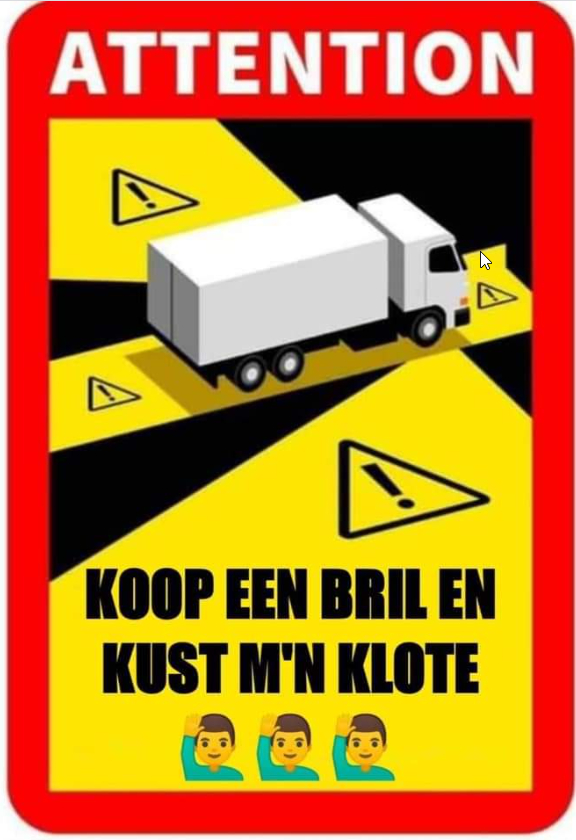 Koleka Problem also got in the act by modifying the strickers to advertise its Facebook Page:

After failing to have the stickers scrapped, the Dutch Transport Association has recently changed tack by lobbying to have the rules relaxed instead. It wants an extension to the grace period, exceptions for trucks that do not enter urban areas, as well as exceptions for container transport.

In an update published yesterday, the Dutch Transport Association also advised hauliers that fines will not be administered in France in cases when a truck sports blind spot sticker(s) but in the wrong places. This particular grace period applies until the end of this year.