The first H2 truck from series production that has received a German road approval is the “XCIENT Fuel Cell" from manufacturer Hyundai. The registration happened this week and marks the beginning of Hylane's fleet in Germany, which initially comprises 44 trucks. 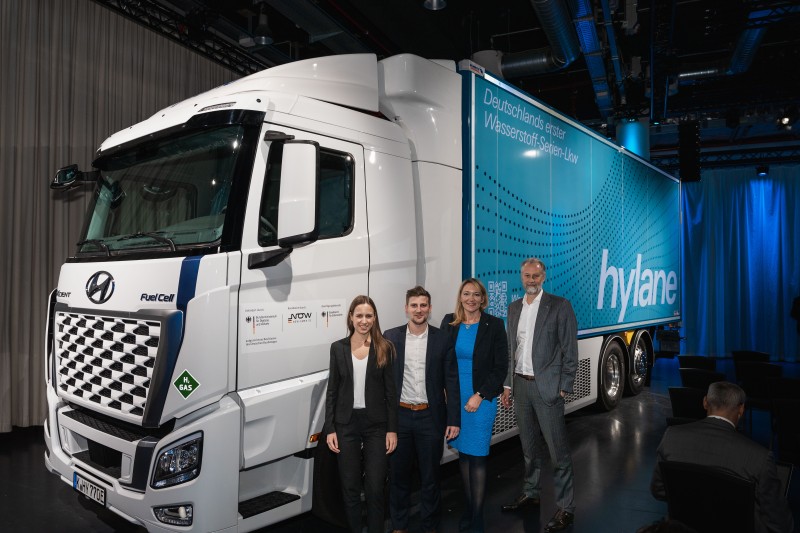 The Hyundai XCIENT Fuel Cell lorry has a range of around 400 kilometres. The hydrogen is stored in seven tanks, which can be fully refuelled in 8 to 20 minutes, depending on the temperature. Also, the HGV is equipped with a tail lift.

For the transport sector, the reduction to a maximum of 85 million tons of CO2 by 2030 is a real challenge, he added. With the approval of the first hydrogen series truck, “hylane is doing pioneering work for the decarbonization of heavy goods traffic on German roads”, Wissing said.

“The approval of the first H2 series truck in Germany is not only an important milestone for hylane, but also a building block for the mobility turnaround in Germany. In order to counteract climate change, consistent work must also be done on the decarbonization of heavy goods transport. For me, the use of H2 trucks is a promising way to do this,” said Sara Schiffer , Managing Director at hylane.

While this XCIENT Fuel Cell lorry is the first registered H2 vehicle in Germany, this model has been on Swiss roads for two years now.

Hyundai shipped the first 10 vehicles to Switzerland in the summer of 2020, and another 40 others followed in September.