Brazil now exports a higher value of agri-food to the EU than the UK, figures recently released by the European Commission show. The change in the EU's top importer of food occured in the first ten months of last year, when Great Britain's departure from the European Single Market resulted in a spectacular 26% fall in exports compared to 2020. 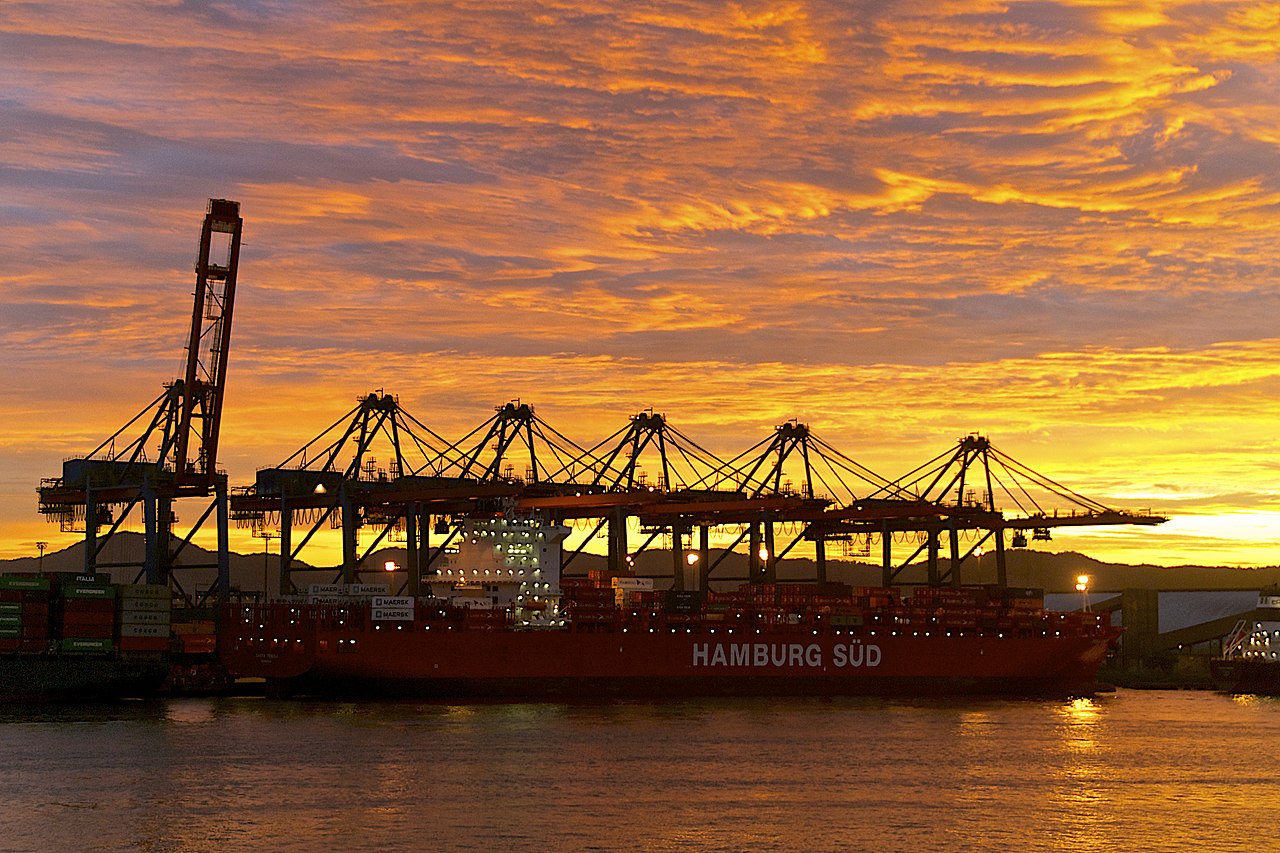 The data comes from the European Commission’s latest EU Agricultural Economic brief, which was published earlier this month, and contains information for the first 10 months of 2021.

According to the figures, illustrated in the table below, Brazil exported a slightly higher value of agri-food products to the EU than in 2020. The moderate increase of almost 4% saw the South American nation’s agri-food exports reach 11.488 million euros in the first ten months alone – more than in all of 2020.

However, the UK’s exports crashed spectacularly after Great Britain left the single market. Just 9.314 million euros of agri-food products were sold to the EU in the first ten months of 2021, which is 26% down on 2020 as a whole. As the table below shows, despite the impact of the pandemic, the fall of over 6-million euros dwarfs any of the drops experienced by other countries exporting food to the EU. 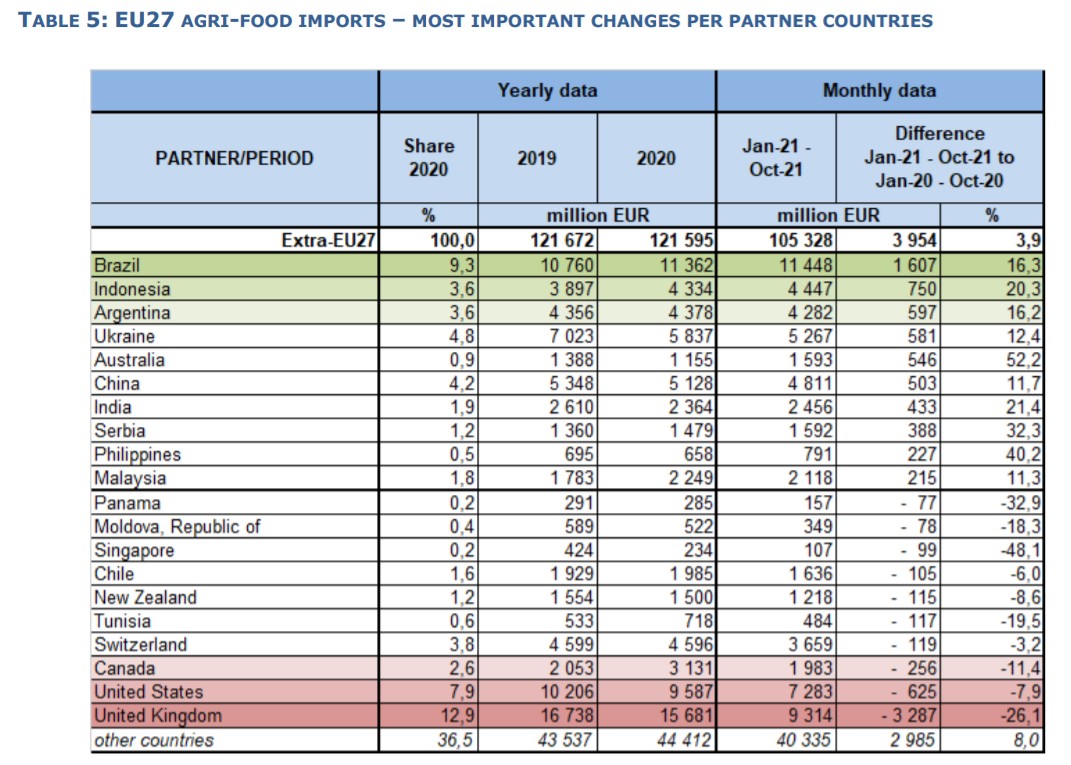 When it comes to what particular UK agri-food items exported to the EU saw significant increases and decreases, the document highlights the following:

Despite the Brexit trade barriers affecting food trade between the UK and the EU in both directions, a lack of goods checks in the UK last year meant that the EU exporters had it easier. As a result, the EU actually increased its agri-food exports to the UK in the first 10 months of 2021 compared to the same period in 2020. Although trade was significantly down at the start of the year, it rebounded and EU agri-food exports to the UK were 0.1% up on 2020 by the end of October.

Key changes in the value of EU agri-food items exported to the UK are as follows:

The release of the figures nonetheless comes after the introduction of UK goods checks in January of this year, which are due to intensify in the summer with the addition of SPS checks. The introduction of these checks could see the EU’s exports to the UK adversely impacted, thereby reducing the imbalance in the ease of doing trade.

Interestingly, in light of this, former Brexit Minister Lord Frost today called for all SPS checks to be scrapped. In his view, a “light touch border to the whole world” is a “Brexit opportunity”.

We have to put up with EU controls. But we don’t have to replicate them ourselves. We should have a light-touch border to the whole world. That’s a Brexit opportunity.

The EU believes in protectionism. We don’t, and our controls should reflect our philosophy not theirs.

However, the idea hasn’t impressed James Withers of Scotland Food & Drink, who said such an outcome would represent “a permanent competitive disadvantage for many UK exporters”.

Writing on Twitter, Withers added: “Full checks and all the costs for UK to sell to the EU. But fewer checks and lower costs for EU to sell to us. It’s laugh or cry time again…”