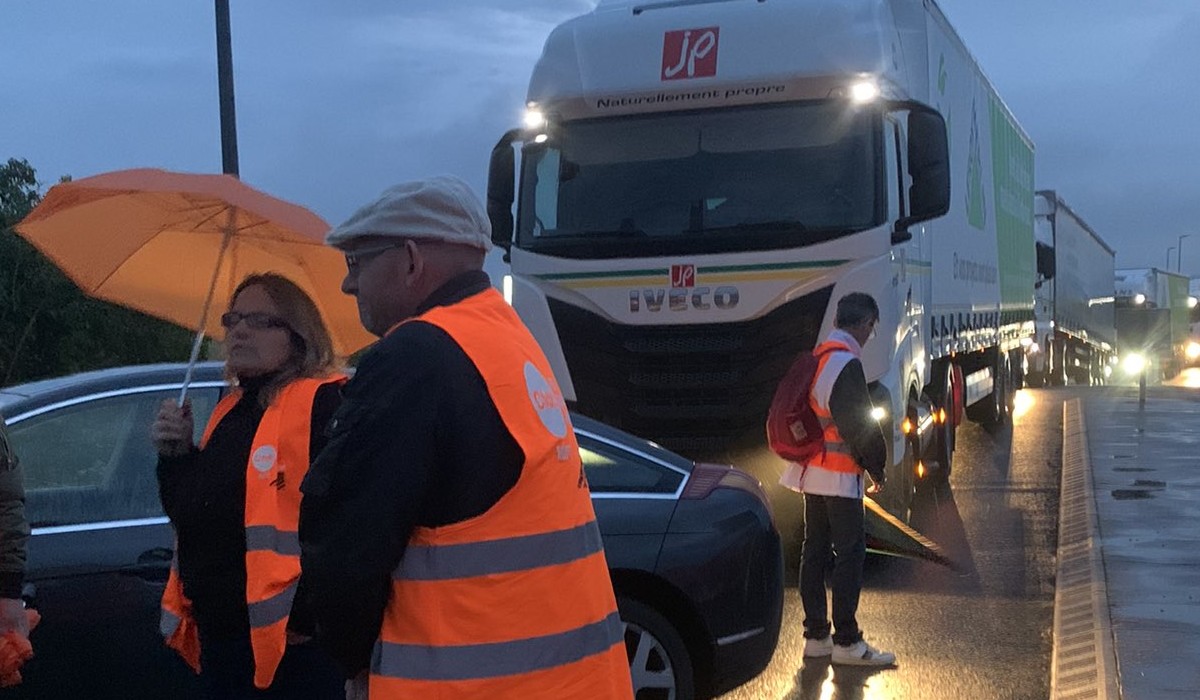 Paris, Marseille, Lyon, Bordeaux, Toulouse, Rennes, Nantes, Lille, and Metz are among the biggest cities where professional drivers have been blocking industrial sites since this morning to draw attention to the low wages and hard working conditions in the sector.

Apart from the blockades, the drivers are also slowing down traffic in some cities, for example Orléans (Loiret), Miramas (Bouches-du-Rhône) or Lunéville (Meurthe-et-Moselle), according to the CGT, one of the many unions organising the campaign.

“We are going to block the big operators: transport of goods, passengers, logistics, transport of money,” warned Thierry Douine, president of the CFTC-Transports at the beginning of the month.

The unions are calling for the unconditional reopening of mandatory annual wage negotiations because of the increasing inflation and the severe staff shortage. “The purchasing power of employees is melting like snow in the sun” wrote the unions in a joint statement.

To further increase the pressure on the new French Government, which still doesn’t have a dedicated transport minister, the unions called on all professional drivers together with the rail workers to gather near the train station in Lyon tomorrow. The city will hold the next meeting of the European Conference of Ministers of Transport.

France increased the minimum wage for HGV drivers to €10.49 in April 2021 as part of a collective agreement. However, dissatisfaction flared up in the autumn, when there were several protests. In the middle of December, action by striking drivers also caused 600km of congestion on France’s roads.

Wage negotiations started in January of this year, but it took several weeks and heated discussions for agreement to be reached. The parties eventually agreed to an increase of 5% in February, followed by another 1% in May. The unions demanded an increase of at least 10%, but the CFTC, the CFDT and the CFE-CGC, the majority of the unions, ended up agreeing with the employers’ federations, OTRE and FNTR.

However, no one had foreseen the scale of inflation Europe is experiencing back in February. The rising cost of living has significantly increased since Russia’s invasion of Ukraine, and unions have reacted by demanding another wage increase.