From electric ferries to wind-powered boats: here’s how the shipping industry can decarbonize 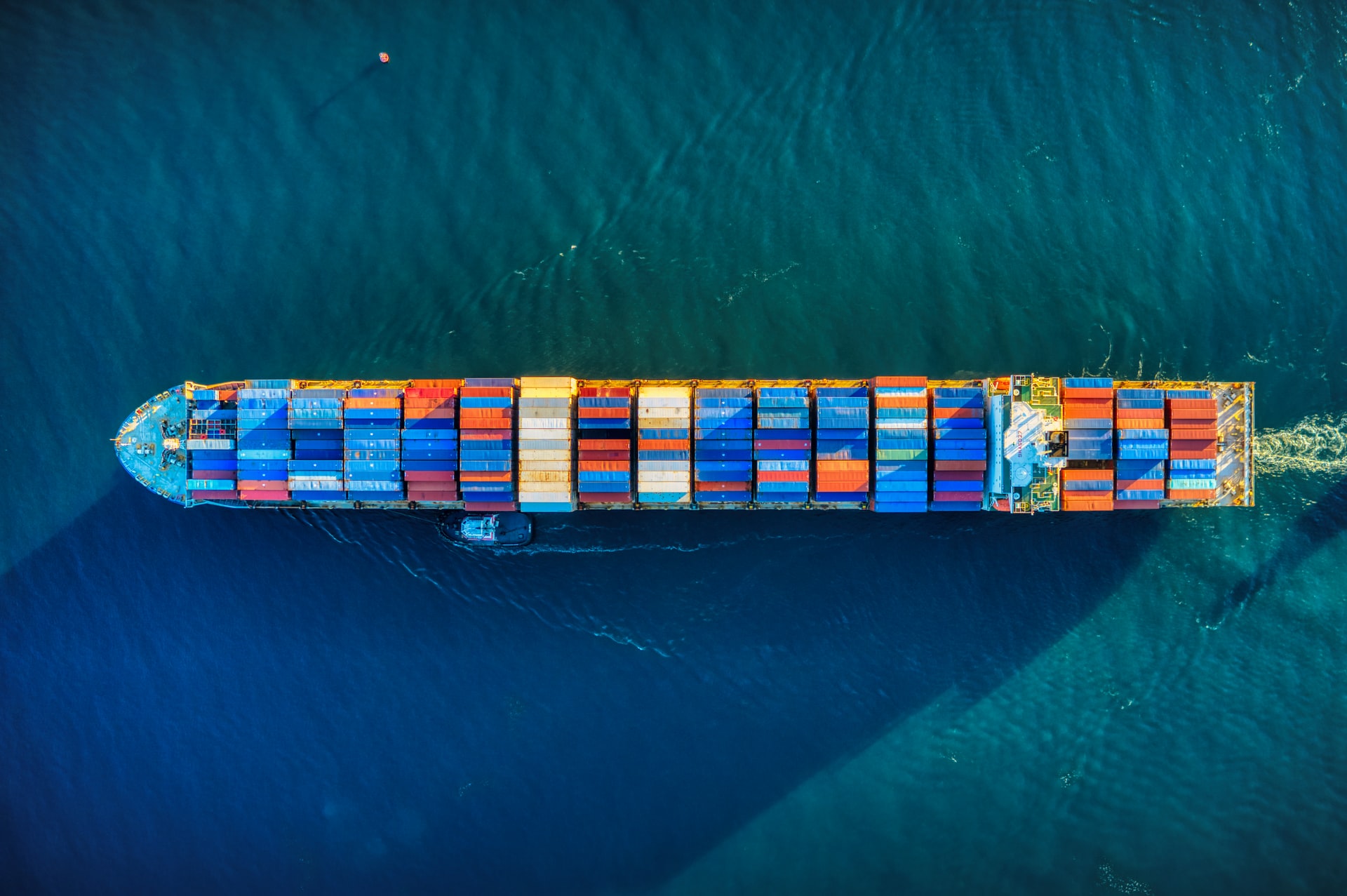 A ferry described as the world’s fastest electric passenger vessel is being trialled in Sweden.

As shipping as a whole attempts to decarbonize, could this be an indicator of the industry’s future?

In 2023, a new electric ferry called the Candela P-12 will start running a trial service from the Swedish capital, Stockholm, to the island suburb of Ekerö.

Swedish electric boat maker Candela, which has developed the ferry, says it uses 80% less energy than conventional ships and removes 100% of local emissions.

With an average speed of 20-30 knots, the P-12 is the “fastest electric ship to date”, Candela says, and is apparently faster for commuters than subway trains, buses and cars driving in rush hour.

The ferry flies above the water, reports Euronews, using three carbon fibre wings that extend out of the hull.

It has a capacity of 30 passengers and runs on a battery that can be charged in an hour from empty, reports Bloomberg.

If the nine-month trial is successful, Candela hopes its electric ferries could replace Stockholm’s current fleet of 70 diesel vessels.

Are there benefits for wider shipping?

Electric boats that run on batteries are an option for short sea journeys in smaller vessels like passenger ferries. But longer routes with bigger boats – like those typically needed for cargo shipping – are different.

Electrification is “really not an option for deep-sea vessels, due to the size of batteries that would be required,” says Johannah Christensen of the Global Maritime Forum in an interview with the World Economic Forum.

In fact, international shipping is one of the toughest – and biggest – sectors to decarbonize. Around 11 billion tonnes of goods a year are transported by ship, between at least 150 countries. Shipping transports around 80% of world trade.

Why does shipping need to cut emissions?

Shipping accounts for around 3% of global emissions. The world can’t become carbon-neutral without removing these emissions, experts say.

Ships typically run on heavy fuel oil – a waste product from crude oil refining that is low-quality and high-carbon.

Air pollution from shipping is thought to cause around 60,000 premature deaths a year, especially around coastal and port areas.

How is shipping decarbonization progressing?

The International Maritime Organization (IMO) – the United Nations body that regulates shipping – pledged in 2018 to halve the shipping sector’s emissions by 2050. This goal will be reviewed in 2023.

More than 200 maritime industry leaders are now calling for shipping to be carbon-free by 2050, through the Call to Action for Shipping Decarbonization. This is a partnership between the Global Maritime Forum – an international organization focused on the future sustainability of seaborne trade – the World Economic Forum and Friends of Ocean Action – an informal group of ocean leaders co-hosted by the Forum and environmental research organization, the World Resources Institute.

The Forum is also a partner in the First Movers Coalition – an initiative to help decarbonize “hard to abate” industrial sectors, including shipping, aviation and trucking. The Coalition was set up in partnership with US Special Presidential Envoy for Climate John Kerry and has just expanded its membership to more than 50 companies and nine countries representing more than 40% of global output. 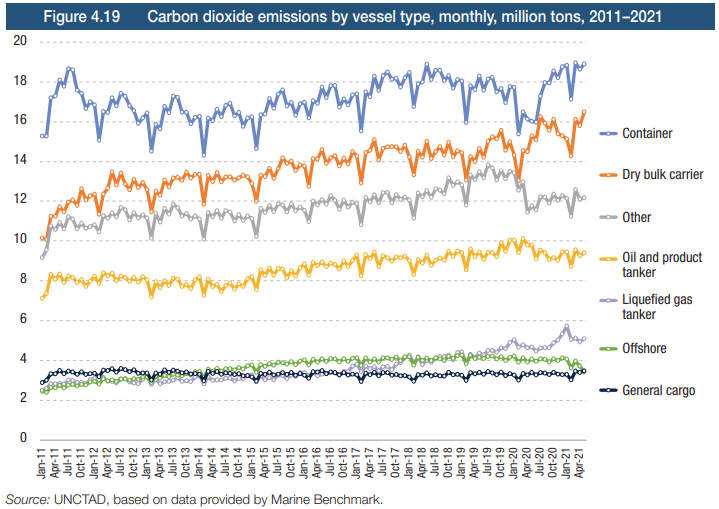 Emissions from shipping are growing as the industry expands. Decarbonization is key to control the industry’s impact on climate change. Image: United Nations Conference on Trade and Development.

What decarbonization solutions are there for shipping? 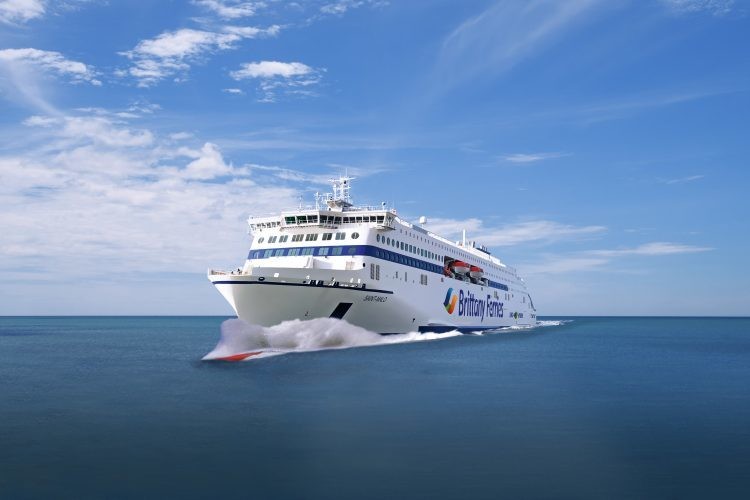 The Call to Action for Shipping Decarbonization says its signatories have committed to more than 400 climate actions and pledges related to shipping decarbonization.

The shipping industry is trialling alternative fuels, like biogas – a renewable fuel typically derived from organic waste. Other fuels that can be produced with no or low-carbon emissions, like ammonia and methanol, are also being tested.

For example, Danish ship owner and operator Maersk is developing eight large ocean-going container vessels that can be run on carbon-neutral methanol.

Wind, sun and other forms of renewable energy can be harnessed on ships to help propel them. Swedish shipbuilder Wallenius Marine and its partners are developing the “Oceanbird,” a cargo ship powered by wind that can carry 7,000 cars.

Hybrid systems that combine batteries and other fuels are also being developed. Precious Shipping, a ship owner and operator in Thailand, is working on developing a hybrid battery system that also uses wind and solar energy.

In France, Brittany Ferries is launching a new ferry that it says will be the world’s biggest hybrid ship.

Called the Saint-Malo, it has a 1,400-passenger capacity and is the first of two new hybrid ferries that will run between England and France from 2025.

The ferries can run on liquefied natural gas (LNG), battery power or a combination of the two. LNG is a fossil fuel, but is considered cleaner and safer than oil-based fuels.