Strikes at fuel most refineries in France are still ongoing, adding to fears of fuel shortages. Amid this, the French government called on Esso- ExxonMobil yesterday evening to increase employees’ wages and added that it was ready to force refinery employees to go back to work. French politicians also urged TotalEnergies to do the same. 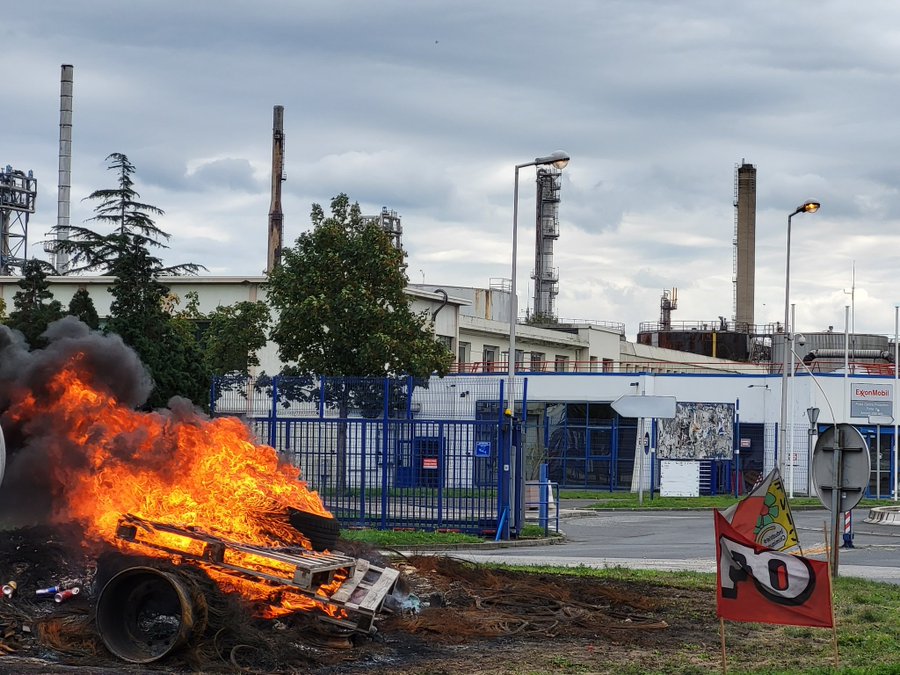 As we have earlier reported, Total Energie refineries’ employees started protesting at the end of September to obtain a 10% pay rise.

The number of employees and refineries taking part in the strike organised by the CGT union reached its height last Thursday, by which time four of the five French refineries operated by the group were shut down.

Employees of the Normandy refinery of Esso-ExxonMobil who are members of the CGT union voted yesterday to continue their strike. However, by the time the ballot results had been published, non-CGT unions had already secured a pay rise for their members. These employees were ordered yesterday to re-open the gates of the fuel depot at Port-Jérôme/Notre-Dame-de- Gravenchon, in Seine-Maritime, reports French news portal France Bleu.

As Reuters explains, while the right to strike is engraved in the French constitution, the government can requisition a minimum number of staff needed to sustain some services in certain circumstances.

While the government is pressurizing both the employers and the unions, the employees of other energy companies are also calling for higher wages. CGT has announced that workers at five EDF nuclear reactors and an Engie gas storage facility will also join the protest today.

What’s more, CGT said on Thursday morning it wanted to see the protests widen to all the companies in the energy sector, Le Monde reports.