Girteka to spin off part of its Eastern European business

In its first significant press release since Russia's invasion of Ukraine, Lithuanian road transport giant Girteka Logistics has announced that it will spin off part of its Eastern European business. 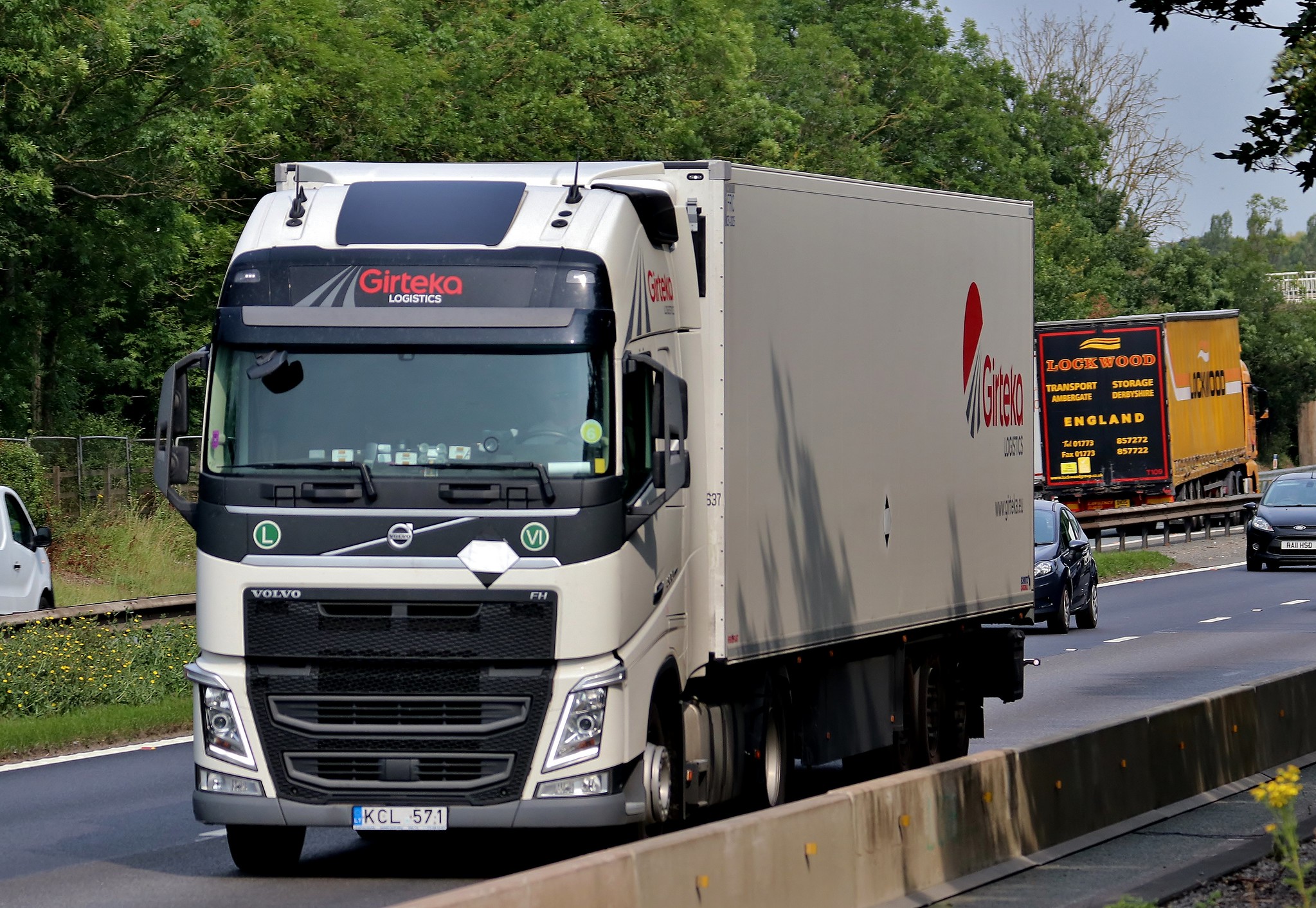 Similarly to many logistics companies, Russia’s invasion of Ukraine has presented Girteka Logistics with a number of major challenges.

First and foremost, a significant proportion of the company’s HGV driving workforce comes from Ukraine and Belarus. Since the war began, some Belarusian drivers have experienced issues using their bank accounts. Moreover, many Ukrainian truckers have been under severe stress or chosen to leave their jobs to defend their country. On top of that, it is no secret that Girteka conducts transports in Russia, which now presents moral and financial considerations.

Above: YouTube video that supposedly shows Girteka Logistics’ base in Smolensk, Russia

Although yesterday’s statement was the first major press release issued by Girteka following Russia’s invasion, the company did make it clear that it was contributing to the humanitarian relief effort earlier this month.

In a LinkedIn post published around a fortnight ago, Girteka Logistics stated that it had provided financial and psychological help to its Ukrainian staff and their families. In addition to that, the logistics firm has offered its logistical services free of charge to humanitarian organizations to transport humanitarian aid. It has also provided its premises in Poznan to store and sort humanitarian support. Finally, the company has worked with its clients to transport aid from many European nations to the Ukrainian border.

In its statement yesterday, Girteka Logistics also stressed that it “condemns the Kremlin’s war in Ukraine and the violence against anyone.” This follows a post on its Russian-speaking VK social media profile on March 11th, which read: “The pain and suffering inflicted by the regime on the innocent Ukrainian population is unjustifiable.”

In light of this, how will the company’s Russian and Belarusian operations look like?

Yesterday’s statement offers a few clues. Firstly, Girteka confirmed that it is “separating its Eastern European operations and changing the geography of its transportation operations.” This “independent business”, according to Girteka Logistics, “plans to focus on cargo transportation between other Asian countries (China, Kazakhstan, etc.) and Europe.”

Girteka Logistics added that it had suspended investment in Russia and stopped providing services to companies that are under sanctions.

However, tellingly, none of the above states that Girteka Logistics has stopped or will stop transporting goods in Russia and Belarus.

Keen to stress that the spin off will not harm the prospects of its existing business, Girteka Logistics stated that it plans to continue its focus on development in Europe and Scandinavia, which accounted for 80% of the company’s revenue in 2021.

“Our focus now is on the health, safety, and income of the families of our colleagues. Furthermore, since the first day of aggression, we provide financial and other assistance to our colleagues, who were affected by this aggression,” said Edvardas Liachovičius, CEO of Girteka Holding.

The business also reaffirmed its goal to become among the 10 largest logistics companies in Europe.

Meanwhile, although Girteka Logistics’ spin-off announcement represents a significant development in its Eastern European business strategy, its overall driver recruitment approach does not appear to be undergoing major change.

In the last month, the company’s Russian-language VK social media page for HGV drivers has been regularly offering positions based in EU countries to 3rd country drivers from across the Eastern European region, including those from Russia and Belarus. Details of European driving vacancies at Girteka Logistics are also available in Russian on its official website. It isn’t just drivers either; the company is advertising positions in Russian for cargo painting specialists in Poland too.

Of course, amid the current driver shortage in Europe, the recruitment of 3rd country lorry drivers is not unique to Girteka Logistics. Indeed, as we reported earlier this week, some well-known road transport companies are even looking towards Asia in order to find workers.