As of mid-January, Hellmann Worldwide Logistics has been operating a weekly train on the new silk road between Chongqing and Bremen. The company says the move is a response to the increasing demand for train connections with China. 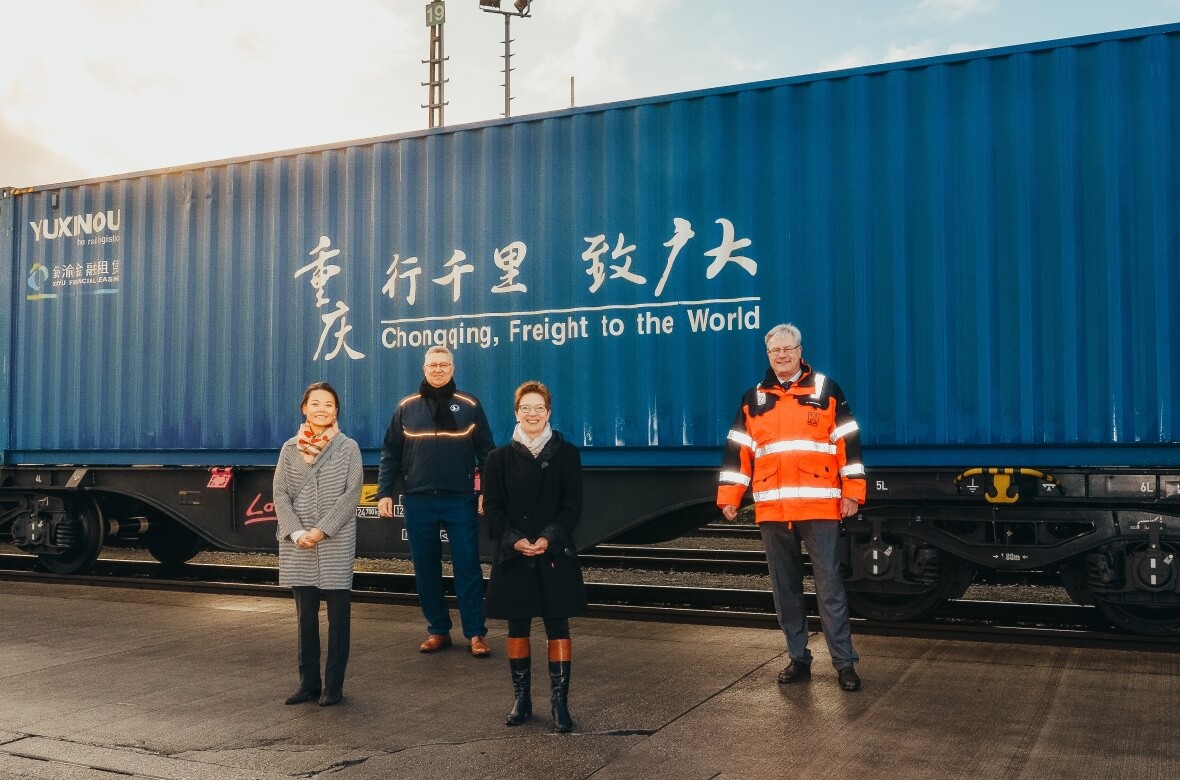 The first train arrived on Friday, January 21st, at the Roland Umschlagsgesellschaft Terminal in Bremen.

Upon arrival in Bremen, the train is loaded with diverse cargo from the fashion, automotive and high-tech industries. Vehicles are currently being transported to China via Bremen.

In the interim, the trains which load 44 containers and are on road for about 20 days in both directions, are to depart from Bremen and Chongqing three times a week.

In order to enhance the service quality, Hellmann is currently working with Chinese train operator, Yuxinou, to expand the follow-up transport in Asia and to consolidate the transport connections from Chongqing to Southeast Asian countries, such as Laos or Vietnam.

Concurrently, the follow-up transport within Germany and Europe is also being expanded together with the Roland Umschlagsgesellschaft.

To that end, different terminals in Southern Europe and East Europe will be incorporated in the future, in addition to the existing daily connections between Bremen to Verona and Stuttgart.

“Due to the current challenges the sea and air freight sector are facing, the transport on the new silk road is increasingly in demand, which leads to bottlenecks on the existing train routes. With the expansion of our transcontinental network, we are taking pressure off the existing routes and offering customers from all verticals an alternate fast and reliable connection between Asia and Europe” – said Jens Wollesen, Chief Operating Officer of Hellmann Worldwide Logistics.

This new connection is Hellmann’s response to the increasing demand for train connections between Europe and Asia. The company has already been running freight rail services between Duisburg and Hamburg from and to Chongqing since 2013.