History of transport – part 34. Through the continent without a flat tyre 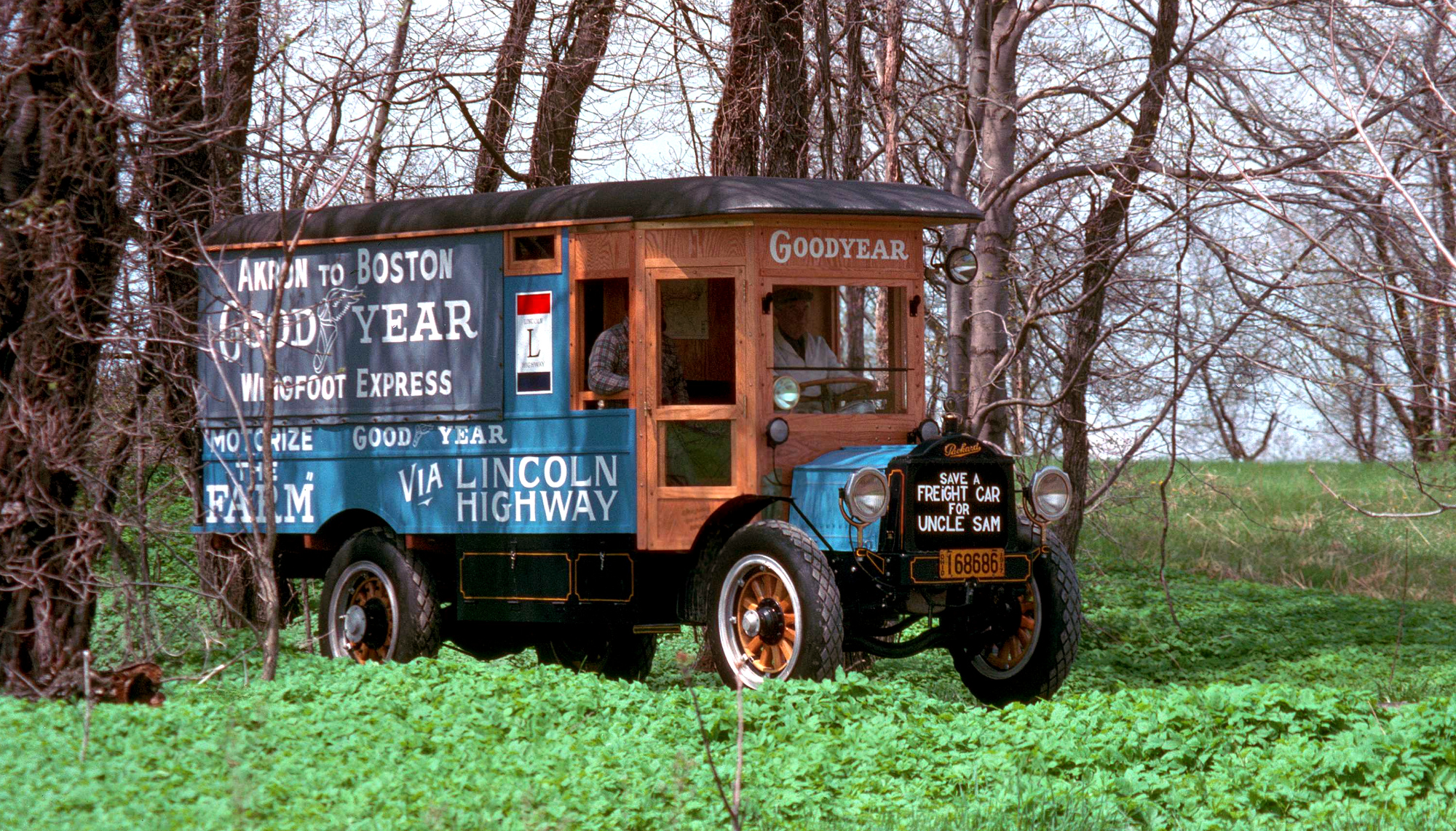 Transcontinental crossings of a Goodyear truck, though costly, provided advertising, while for constructors they were a great testing ground. Torn tyres showed the engineers where reinforcements were necessary.

The more massive sides have eliminated most of the problems, and in less than a year, seven trucks of the Wingfoot Express ran between Akron and Killingly. The entire one-way journey throughout the continent took 80 hours, relieving the railways that were overloaded because of the war.

In 1918, Goodyear trucks took aerial tyres to San Francisco. On the nearly 12,500 km of the route not even one tyre got punctured on car wheels, there was no shot of any rubber. The trucks drove the Lincoln Road on which 36 of the 56 wooden bridges had collapsed. The cars made a total of four such transcontinental journeys, with a total distance of 48 thousand km. The best time to travel from coast to coast was 14 days.

See an archival mute movie from 1919 that shows a transcontinental passage from Boston to San Francisco:

Wingfoot Express cars were not just advertising tyres. On one of the transcontinental journeys, they transported scouts. On the next occasion, on the demand of Red Cross, they transported 18 tonnes of drugs urgently needed in France within 100 hours to the port in Baltimore. The trucks arrived two hours after delivery of a pre-order telegram about shipping.