Containers are piling up in ports, international shipping has been hammered, Western companies are battling to source products from traditional suppliers, and disruptions are being experienced throughout the global supply chain.

And, according to some analysts, things could get worse—a whole lot worse!

Once China was hit by a Coronavirus epidemic and factories ordered closed, it was inevitable that global supply chains would be affected. The world’s most populous country is, after all, a major supplier to the West of electronics, furniture, machinery, plastics, sports equipment, shoes, clothing, toys, and much more.

The impact on supply chains is particularly apparent in the following two broad areas—shipping and procurement of products/components/raw materials.

International shipping has been hardest hit by the crisis, with a study and various reports by trusted media such as the New York Times and Financial Times showing the following dramatic repercussions in the period January-February 2020:

Companies reliant on components procured in China, especially those in the automotive and electronics sectors, will really start feeling the effects of the crisis in March and beyond, analysts say. Most have been receiving goods shipped five or six weeks ago but the logjam in China will soon start having a significant global impact.

A case in point: Apple

In its latest quarterly guidance, the US-based technology giant warns that its iPhone supply will be “temporarily constrained” worldwide due to the outbreak of the epidemic in China.

It adds that while all its manufacturing partner sites in that country have reopened, they are ramping up more slowly than expected.

The group is also experiencing loss of sales in China, which accounts for about 25 percent of its revenue, due to stores either being shut or operating on reduced hours.

The impact of the epidemic on the global auto industry is expected to be large since China ships around $35 billion of parts annually.

European automakers have been hit by a double Coronavirus whammy—a shortfall in components from China and the enforced closure of an electronics factory in northern Italy, due to an outbreak of the disease there.

One report, citing a company official, warns that a prolonged closure of the factory could bring production lines at Fiat Chrysler, Renault, BMW, and Peugeot to a halt.

While the European automakers have managed to cope so far by cannibalising stockpiled inventory, they fear that shortages will soon occur in the supply of critical parts from China, due to the three-to-four week lag in getting back to full capacity in that country.

In the United States, automotive stocks have fallen as manufacturers General Motors, Ford, Toyota, and Fiat Chrysler scramble to find parts and Moody’s Investor Service forecasts a drop of 2.5% in vehicle sales worldwide in 2020 due to Coronavirus.

In South Korea, Hyundai announced the suspension of its production lines due to supply chain disruptions in China.

Due to globalisation, very few industries have remained unscathed by the epidemic in China, with electronics and textiles especially affected. Compounding the problem is the fact that most large corporations have subsidiaries inside China. Many of those have been totally or partially closed and their employees told to work from home.

The Harvard Business Review predicts that the full effects of the epidemic in China won’t be felt until mid-March, at which time, it says, many factories in the West will have to throttle down or temporarily shut manufacturing and assembly plants.

However, empty shelves and stock-outs are already becoming commonplace in North America and ecommerce businesses are finding it increasingly difficult to maintain supply.

Coping with the crisis

Many large corporations have relied on their stockpiles to make up for disruptions in the supply chain, but as they typically carry only 15 to 30 days’ worth of inventory, they are now starting to feel the pinch.

This is how some companies are coping with the shortfalls:

In the United States, a significant number of multinationals had already begun tying up alternative suppliers when a full-blown trade war threatened to erupt between Washington and Beijing last year. In other words, some are already at last partially immune to the Coronavirus epidemic.

Could things get worse?

Most certainly the situation could worsen, but it will depend on how the epidemic plays out in China and in the rest of the world.

Since production is starting to ramp up in China, most analysts believe that world trade will recover, but that a V-shaped speedy rebound is unlikely. It is more feasible that an economic ripple effect will be felt at least for the remainder of 2020, not least because China now accounts for some 16 percent of world GDP.

However, due to the uncertainty of whether the virus can be contained or not, other analysts warn of a possible global conflagration:

Many analysts, however, express a more general note of caution, saying there is still so much we don’t know about Coronavirus that it is difficult to predict the potential economic fallout.

A logistics lesson to learn – or relearn

In whatever way this international health crisis plays out, one thing is certain: global supply chains will experience some lasting effects from the most significant event in 2020 so far. Companies large and small are learning, or relearning, one of the fundamental lessons of logistics: Source ‘some’ of your needs locally wherever possible and don’t rely on only one supplier for all your needs.

Rob O’Byrne is a supply chain consultant, coach and author with 40+ years experience in Supply Chain management. He is the expert making the blog called Logistics Bureau. 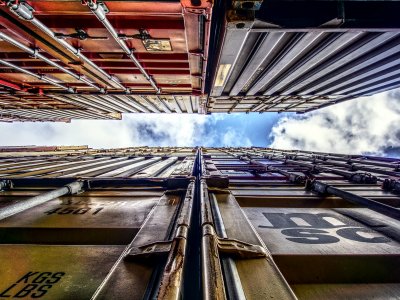 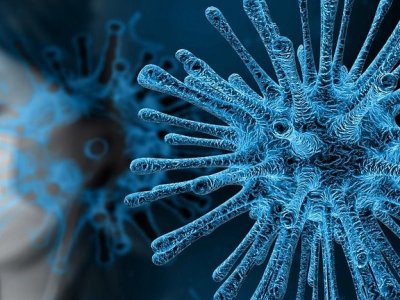