According to European Commission’s figures, typically 40 to 60 percent of the drivers exceed the speed limit. Around 10 to 20 percent by more than 10 km/h. Every fourth driver admits to exceeding the speed limit on the motorways and every tenth to doing so in built-up areas, according to Sartre 3 survey. Experts argue that there is a close relationship between the driver’s driving style and road safety. So close that four types of drivers have been identified … thanks to telematics.

Monitoring driver’s driving style is very important because thanks to this you can create solutions that can affect it. The driving style is not only influenced by the driver’s personality but also by the environment. This is good news, because it means that the style can be changed. Lowering the insurance rates accordingly is a way of rewarding safe drivers,” notes Katarzyna Kozak-Piskorska from the ZenDriving Foundation.

How does telematics detect what type of driver drives a car?

The first is the inattentive driver. He has a tendency to deal with other activities while driving, eg talking on the phone or writing text messages.

Thanks to the telematics system, you can recognize it. It is enough to note the errors that are typical of his driving style – explains the expert. – For example, compensation movements. The driver commits a mistake and immediately makes a sudden turn of the wheel to fix it. Thanks to telematics, you can notice the common deviations from the central line, too sudden braking and the changing path of the car.

The second type is a risky driver, i.e. one who has too high a view of his abilities, which he overestimates.

He exceeds the speed limit and does not adjust it to the road conditions, enters the turns too fast, dangerously overtakes, for example driving zigzag between vehicles. All this can be observed thanks to advanced telematics systems,” explains Katarzyna Kozak-Piskorska.

The third type is an aggressive driver. He has a tendency to „educate” other road users. He drives fast, chases, flashes and cuts people off. The fourth type, the most desirable, is a tactical driver.

Kozak-Piskorska adds that there is no doubt that all insurance company information may be used when formulating an insurance offer.

Cheaper by even a few dozen percents

It’s not a theory. There are more and more „pay as you drive” or „pay how you drive” offers on the market. The insurance rate depends on how much the driver drives and, what is important, bearing in mind the described driving styles, how he does it.

Each month of the year is analyzed and accounted for separately, and the return of the premium is the sum of the monthly bonuses, paid at the end of the policy. The decision whether or not a bonus will be charged in a given period is determined by such factors as the number of speeding over a given distance in built-up and undeveloped areas, the number of sudden accelerations and braking, as well as their strength, duration, and frequency. The average distance covered during the day and night is also taken into account,” comments Maciej Krzysztoszek, the spokesperson for the Link4 insurance company.

And he added that „thanks to safe and prescribed driving, the driver can save up to 30 percent of the value of the annual contribution.”

Let’s not forget that all road users will also be rewarded if the drivers drive safely and calmly. Even if it will happen due a constant willingness to save on the insurance premium,” says Kozak-Piskorska.

These offers are addressed only to the drivers of passenger cars, however, according to experts, the industry is interested in larger vehicles.

Truck drivers are often exploited and break all possible prohibitions. However, they do it largely because they have no other choice. The introduction of an insurance offer depending on the driving style would affect the attitude of their employers, and indirectly – also the employees themselves,” believes Katarzyna Kozak-Piskorska. – The key to making the offer attractive for carriers is greater savings thanks to the fact that their drivers drive safely.

The problem of driver migration

The experts admit that, for now, the benefits are small.

The discounts that you can receive are symbolic. In the future, however, this may change – convinces Adam Pająk, the president of the board of Transbrokers.eu. – There are many indications that insurance costs will grow. We are already observing the increases, and who knows, it may turn out again that something like an additional tax will be introduced. Then these discounts would actually become something that is worth being considered,” says Pająk.

The tendency to provide telematics data to insurers may also be imposed by the market itself.

With time, when such offers become the norm, it may turn out that the carrier’s reluctance to share data will make the company look unreliable to the insurer,” says Adam Pająk „And this can result not only in the unwillingness to grant discounts but also in a tendency to raise rates.”

According to the expert, it is necessary to prepare reliable algorithms that would be able to not only evaluate the driver’s driving style but also to draw conclusions. It’s not everything. The insurer will have to be sure that the transmitters will not be exchanged between cars, which would result in mixing the collected data.

And the last, probably the most important challenge. Creating a system in which the collected data would „track the driver”. What does this mean exactly?

Damage is generated by drivers, and these constantly migrate between carriers. At one time the insurer can get information that the fleet in a company is safe and records a small number of accidents. This, however, may change after a few months, with the change of staff – warns the president of Transbrokers.eu.

In his opinion, the ideal solution would be to create a system similar to that in which pilots work.

– They have job cards, i.e. documents on which data on the style of flight management are recorded. And these documents „follow them” from the company to the company – he explains. – Maybe something like this could work in road transport? 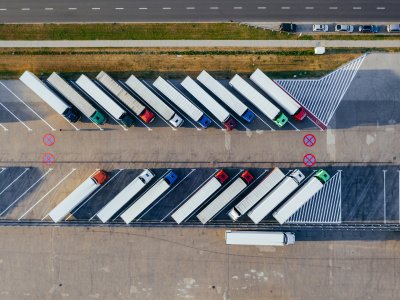 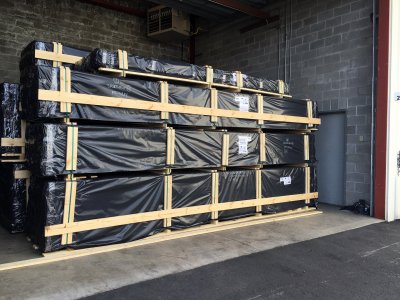 German carrier held liable for choosing the wrong parking lot
They paid €60,000 in compensation for cargo stolen by subcontractor drivers. Cou...
How 5G Networks Will Create a New Era of Connected Logistics