In the Seat factory, AGVs are already in use, now drones have appeared. Logistics 4.0 in practice. 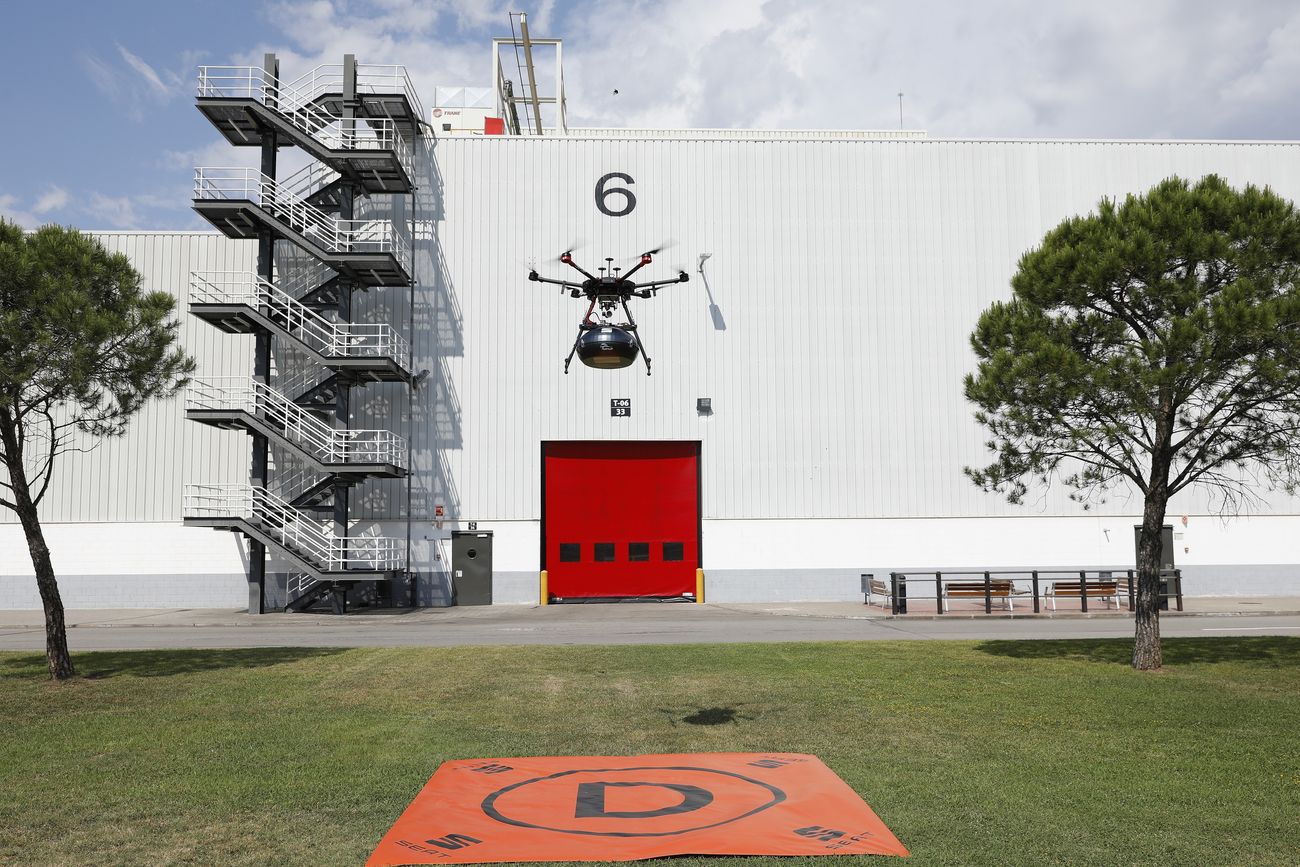 The SEAT factory in Martorell is the first Spanish plant to start using innovative drones in its logistics processes. Before that, we reported that AGVs started to help with such processes.

Recently, steering wheels and airbags for SEAT vehicles have been supplied by unmanned aircraft from the logistics centre in Abrera. This pioneering solution guarantees the delivery of parts in just 15 minutes.

The use of drones for the transport of car parts by SEAT is a pilot project, currently in its experimental phase. However, it can already be expected that unmanned aircraft will become a permanent part of the factory. The whole initiative is under the control of the Spanish Aviation Safety Agency (AESA).

The use of drones in the logistics process significantly increases the flexibility of production lines.

The time needed to travel between the two sites has been reduced by up to 6 times, and instead of the 90 minutes that trucks needed, it only takes a quarter of an hour. Such fast transport translates into increased productivity of the plant, which in case of the sudden demand for a given component can count on express delivery. 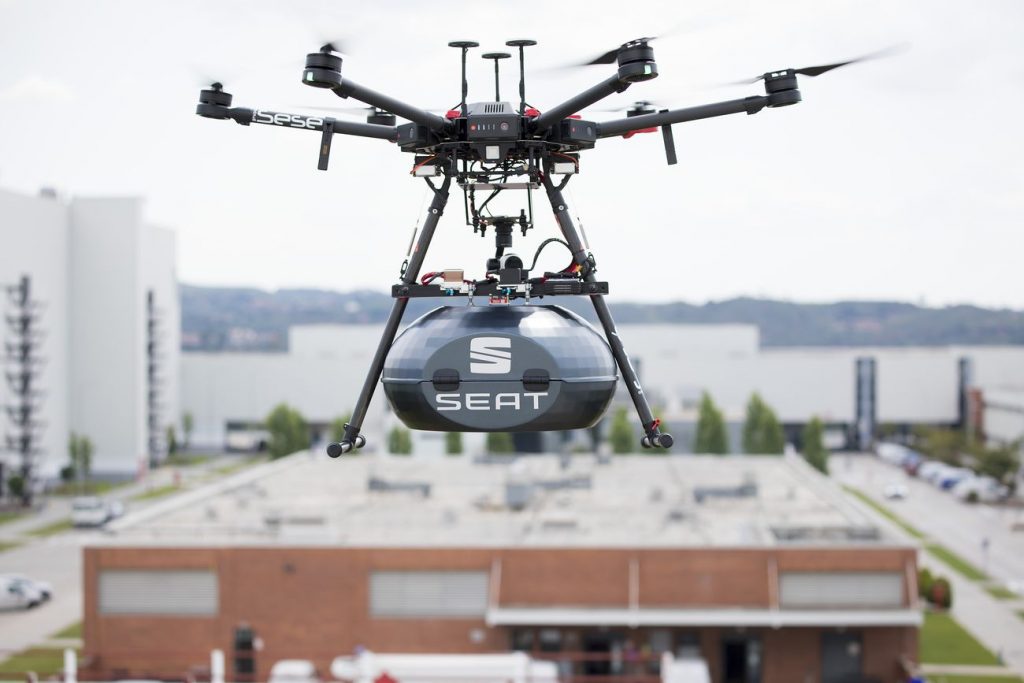 “The first flight of a drone loaded with automotive parts marks the beginning of a new stage in the automotive supply chain revolution. The use of an unmanned aerial vehicle in the SEAT logistics process shortened the delivery time and there is no reason to believe that this solution will not be as effective in other sectors of the industry. This innovative way of sourcing factories will boost Industry 4.0 and enable us to become a more efficient, effective and competitive manufacturer that operates more sustainably,” says Christian Vollmer, Vice President of Production and Logistics at SEAT and originator of the whole venture.

Deliveries by drones also mean a reduction in carbon dioxide emissions that would be unavoidable with truck transport. Batteries of unmanned aerial vehicles are recharged using renewable energy sources which further reduces their environmental impact.

They carry tens of thousands of parts a day, covering several hundred thousand kilometres a year. They can, for example, transport components from the warehouse area to the assembly area. They can significantly facilitate key operations including just-in-time and just-in-sequence production, as well as optimise logistics flows within the factory and improve warehouse management.

They are versatile, they can transport various products, they can work around the clock, practically without interruptions. In the Martorell factory, the robots move along 40 magnetic paths built into the floor. It takes them 1 to 7 minutes to cover each route. During this time, the robots use control systems and automatically slow down on bends to maintain stability when handling heavy loads and maintain a safe distance.

Robots scan a barcode to make sure they transport the right part.

A sensor then opens the warehouse door so they can follow their circuit. The automatic robots transport engines, gearboxes, shock absorbers or door windows, and their individual payload is up to 1,500 kg in weight.

When following their pre-set paths, they know when to stop at a red light or when a worker crosses their path thanks to their 360° perimeter vision. They coordinate with ‘pedestrians’ and guarantee their safety by alerting of their presence with laser scanning lights. Control is done remotely. Five employees configure, and if necessary, remotely modify the path settings of all the AGVs from a control room.