The Tom Clarke Bridge in Dublin, aka the East Link, has been blocked in both directions by 7am this morning as part of the Irish hauliers’ protest against the high fuel prices. The organiser, “The People Of Ireland Against Fuel Prices Protest,” says it is ready to protest for a week or two. That said, the organiser's Facebook Page today showed that the kind of support it expected would bring Dublin to a standstill is somewhat lacking. 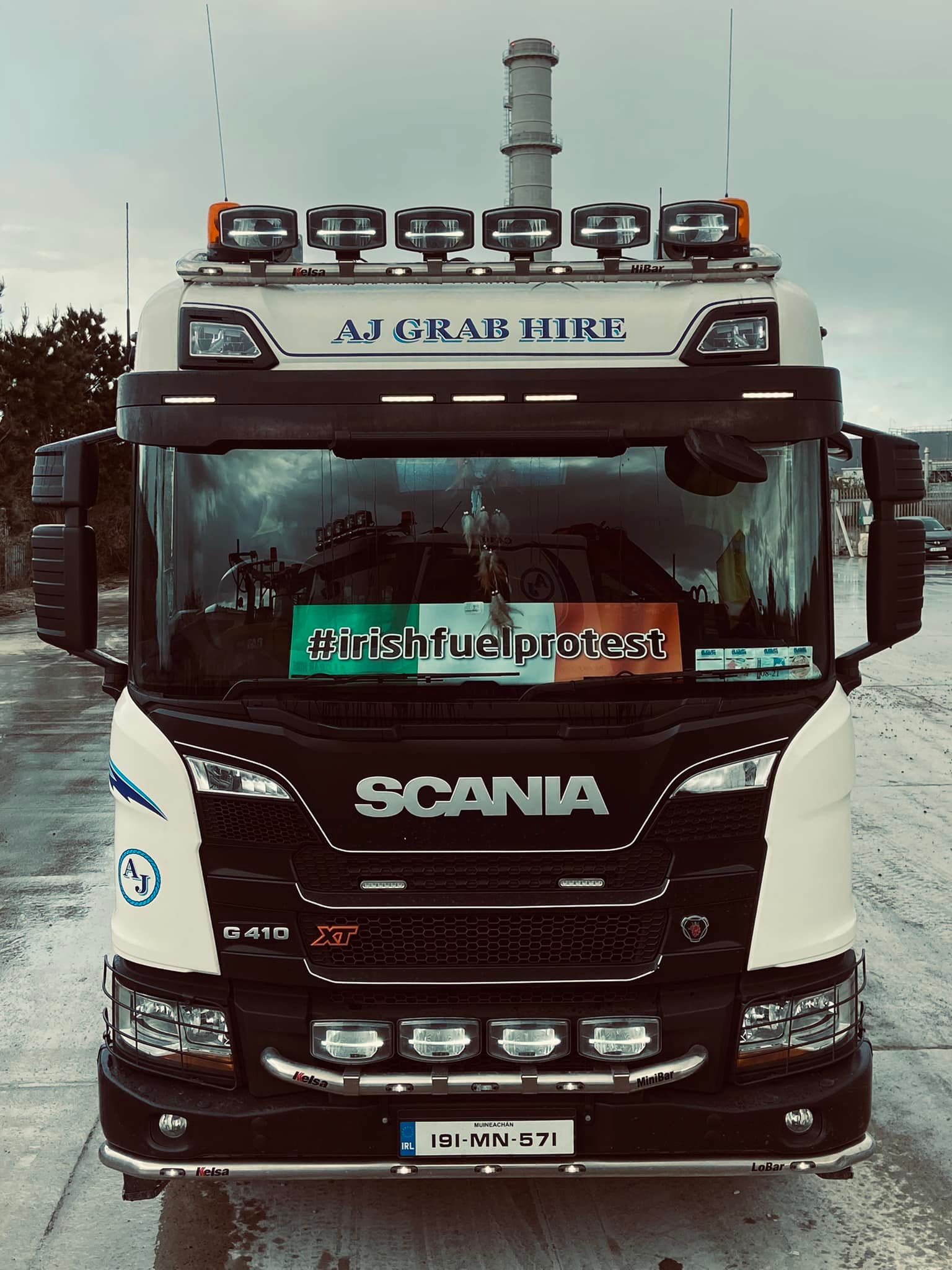 Protesters are demanding price caps on fuels (petrol capped at €1.10  per litre, diesel capped at €1.20), the scrapping of the carbon tax and the resignation of Transport Minister Eamon Ryan.

According to the pumps.ie fuel price comparison site, the average price of petrol is between €1.75-1.77 per litre, while diesel costs around €1.83 per litre.

Blocking the Tom Clarke Bridge in Dublin was one of the first actions the protesters took.

According to the Irish Times, by 10 am these were the most affected areas by the protest.

However, further outside the city, traffic seems to be undisturbed – based on Transport Infrastructure Ireland’s online cameras on the M50.

Around 11 am, protesters were urged to unite their forces and gather at the 3Arena, but the number of trucks appeared to below the organisers’ expectations.

Trucks, tractors and vans are blocking up roads around the 3Arena as part of the #Irishfuelprotest.

The demonstration is not as large as previous truck protests with around 20 vehicles in total.@NewstalkFM pic.twitter.com/u1LBPyoj7r

The group itself also seems to be disappointed in the relatively small number of showing up of the people. Writing on their Facebook Page, the organisers posted:

Our regular readers may recall that the same group organised a haulier protest over high fuel prices last year.

Its slow-moving convoys caused a noticeable agree of disruption in Dublin, and also received plenty of media attention. However, the protest the Irish Government did not initially change its policy following the demonstration. However, the government did cut fuel duty following the hike in fuel prices that occurred after Russia’s invasion of Ukraine.